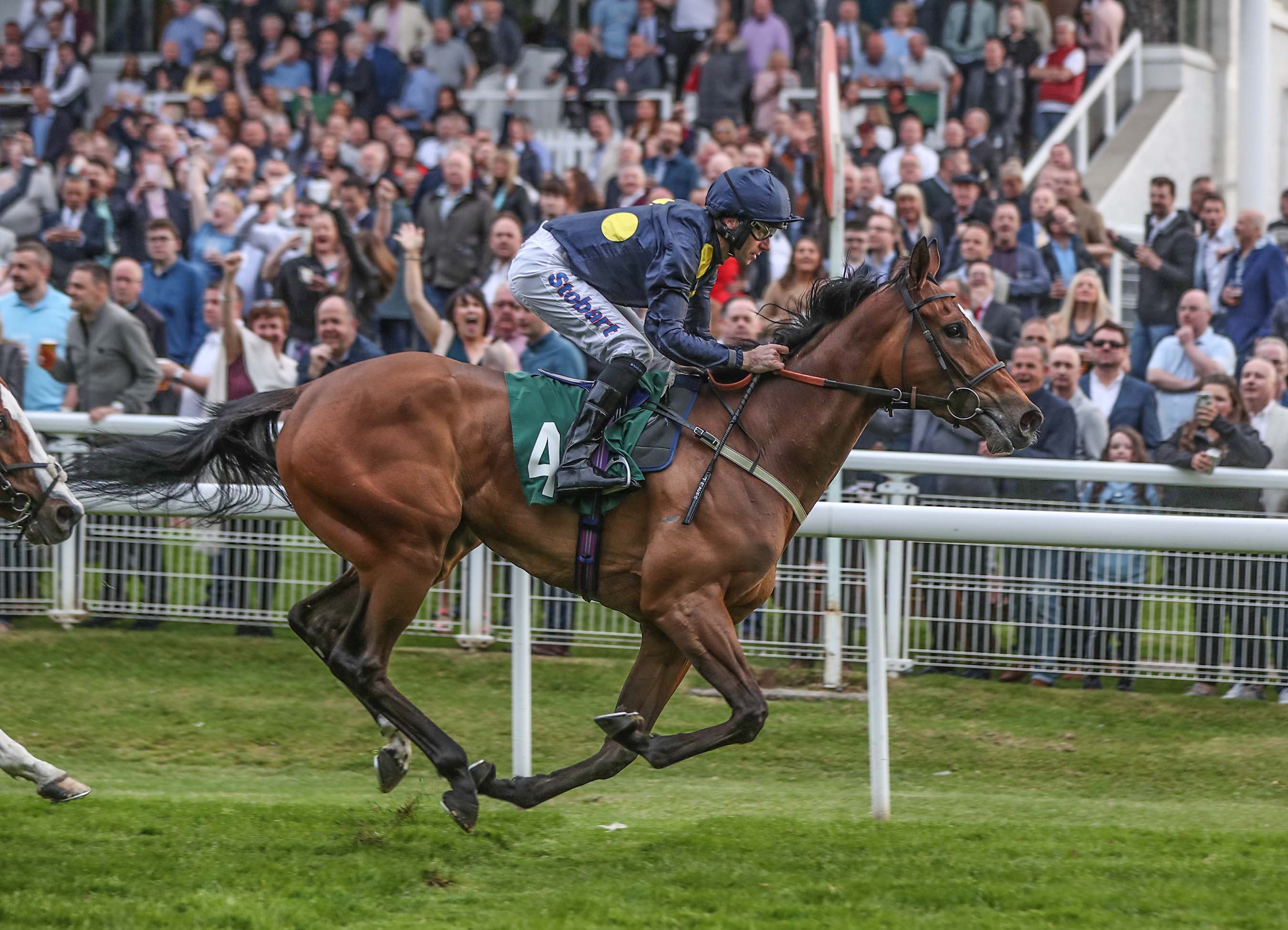 A hugely competitive edition of the Listed Yeomanstown Stud Irish EBF Stakes is in store at Naas tomorrow with the €60,000 prize having attracted a field of 17 that that includes a quartet of English-trained runners.

The raiding party is headed by the 96-rated pair of Gold Filigree and Heavenly Holly, who represent Richard Hughes and Hugo Palmer. Archie Watson relies on the progressive Probability while James Tate is hoping for a big run from the Tom Eaves-ridden Shimmering Dawn who is bidding for her fourth victory in succession.

“She’s a very progressive filly and she has been impressive on all three of her starts this year. This is a step up in grade but we think she deserves it and we are confident of a big run,” said Tate.

“We had the option to go for a big money handicap or a Listed race and her owner was keen to go for this race,” added the Newmarket trainer.

The home team is headed by the Willie McCreery-trained pair of Lethal Promise and Nitro Boost who have the distinction of being the two highest rated runners in the field.

Meanwhile, trainer Jessica Harrington is rapidly closing in on her best ever total of winners for a Flat season and she relies on last season’s course and distance Listed winner Servalan who was last seen chasing home Lethal Promise in a Cork Listed race two months ago.

"I am delighted with Servalan," reported Mrs Harrington ahead of the race. "She’s in great form and working well and I'm delighted with how the horses are running at the moment. It will be her first time taking on older horses but she likes Naas having won there previously and all going well she will run a nice race."

The trainer has recorded 43 victories in each of the last two season but has already amassed a stunning 41 victories this term.

Earlier on the card Jim Bolger will saddle the highly promising Group 1 entrant Arranmore for the Irish Stallion Farms EBF Maiden. This colt will be looking to build on an excellent debut second behind Armory at the Curragh last month.

Wednesday will also mark the first meeting for new racecourse manager Eamonn McEvoy who was recently appointed to succeed Tom Ryan at the Kildare venue.

McEvoy commented: “We are looking forward to a great evening of racing and the feature Yeomanstown Stud Stakes is a very competitive looking renewal. We are delighted to see four English trainers coming across for the race and I am very excited to welcome everyone to Naas for my first meeting in my new role.”

Also sponsoring on the day is O'Neill & Co Chartered Surveyors & Auctioneers who celebrate their 10 year anniversary in 2019 and Caragh Nursery who recently opened their new design studio. The Jones family from Naas are also sponsoring the Tom Jones Memorial Maiden.

Live music on the evening after racing comes from the extremely popular band The Kilkennys. The Kilkennys are a traditional Irish folk and ballad band who will take to the stage after the last race.

Gates open 4.30pm, firstrace is at 5.50pm and music will kick off at approx 9pm. Admission tickets are just €15, Panoramic Restaurant and Beer & Burger packages are available to book online at www.naasracecourse.com.