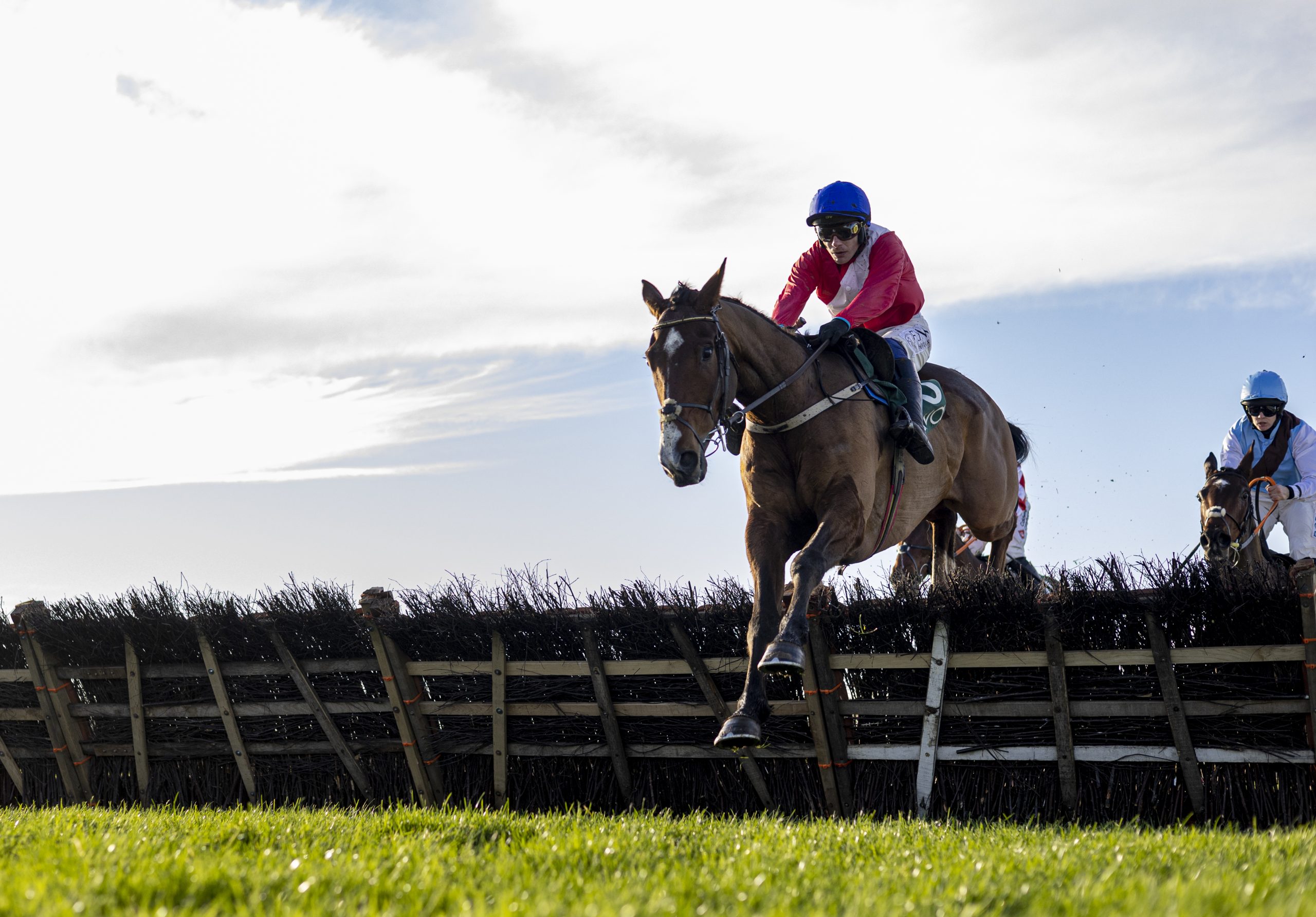 The Grade 1 Lawlor’s Of Naas Novice Hurdle is now firmly established as one of Ireland’s premier novice events in the season and a dozen contenders remain in the mix for the opening top level race of the calendar year.

The roll of honour for the 2m4f Grade 1 is littered with quality and the entries for this Sunday’s renewal suggest another top-drawer performance will be required.
Willie Mullins, without a win in the race since 2018, has a notably strong contingent to choose from. The champion trainer had a Festive season to remember and the exciting Grangeclare West is the standout of his quartet.

Grangeclare West is one of two seven-year-olds that Mullins left in at today’s forfeit stage, the other being Champ Kiely, while he may also turn to recent Tramore winner and Cheltenham Festival runner-up Gaelic Warrior or the Auteuil winner Spanish Harlem.

Owner JP McManus also enjoyed Grade 1 success over Christmas and both his entries for the Lawlor’s Of Naas Novice Hurdle warrant respect.
Joseph O’Brien’s entry, Dawn Rising, was a Grade 3 winner at Navan in November when overturning the highly-touted American Mike, while Gavin Cromwell’s Inothewayurthinkin had a couple of Sunday’s entries, Imagine and the aforementioned Spanish Harlem, behind him when he made it two from two at Gowran Park.
Inothewayurthinking is a homebred, while Dawn Rising was a Group 3 runner-up for Aidan O’Brien before moving to Piltown.

Frank Berry, racing manager to JP McManus, said on Tuesday: “They are both in good form and the intention is for both to run. They’ve both had their couple of runs so this is the next step for them. It’s a nice race on a lovely track and it will be great to see them out at the weekend.”

Berry added: “I don’t think ground will be any issue anyway and we wouldn’t be making excuses in that regard for either of them.
“They’re both nice horses and they’ve been both doing their job nice and grand but this is a different level and we’ll see how we’re going afterwards. We’ll know a lot more about them after this Grade 1, which always throws up a good winner and that’s the nature of racing in Ireland at this time of the year.”

Gordon Elliott has enjoyed notable success in the Lawlor’s Of Naas Novice Hurdle since it was upgraded to Grade 1 status with Death Duty, Battleoverdoyen, Envoi Allen and Ginto all obliging for the Meath trainer, and as well as Imagine, he has Grade 1 runner-up Irish Point and recent Naas runner-up Three Card Brag still entered.
Noel Meade’s Affordale Fury, Oliver McKiernan’s Kalanisi Star and the Sean Doyle-trained Monbeg Park complete the entries, with the latter a rare foray at the highest level for one of Ireland’s most esteemed point-to-point outfits.

Doyle, who trains the son of Walk In The Park for his brother Donnchadh, would only have a select team for the track and Monbeg Park is proving to be above average having won a bumper and maiden hurdle before finishing third in a Grade 3 at Cork.

“Monbeg Park is in good form and it would be great to run but we’re watching the weather and if the rain stays away, we could well take our chance,” Doyle reported. “If the ground gets too soft for him, we won’t chance it.

“We still hold him in high regard and his run the last day was better I’d say than it looked at first. We were held up with the frost the week before and we just didn’t get the work into him we’d have liked and that told. The three miles might have stretched him too at this stage of his career.

“I don’t think we’d have won if we’d have followed Rachael (Blackmore) on Hiddenvalley Lake but we’d have been a good second. He’s a good horse but that’s the standard of racing in Ireland.
“Dropping back to two and a half miles might be ideal for him just now but we’re a bit in limbo really. So we’d like to take our chance as it would give us a bit more information. But we’ll leave the decision until later in the week.”

Also on Sunday, racegoers will be treated to a high class Irish Stallion Farms EBF Mares Beginners Chase which could see Roseys Hollow, Skyace and Telmesomethinggirl all bid to open their account over fences, while in the Rathmore Stud Irish EBF Novice Chase, 2021 Supreme Novices’ Hurdle winner Appreciate It is on course to back up his beginners’ chase win at Punchestown last month.