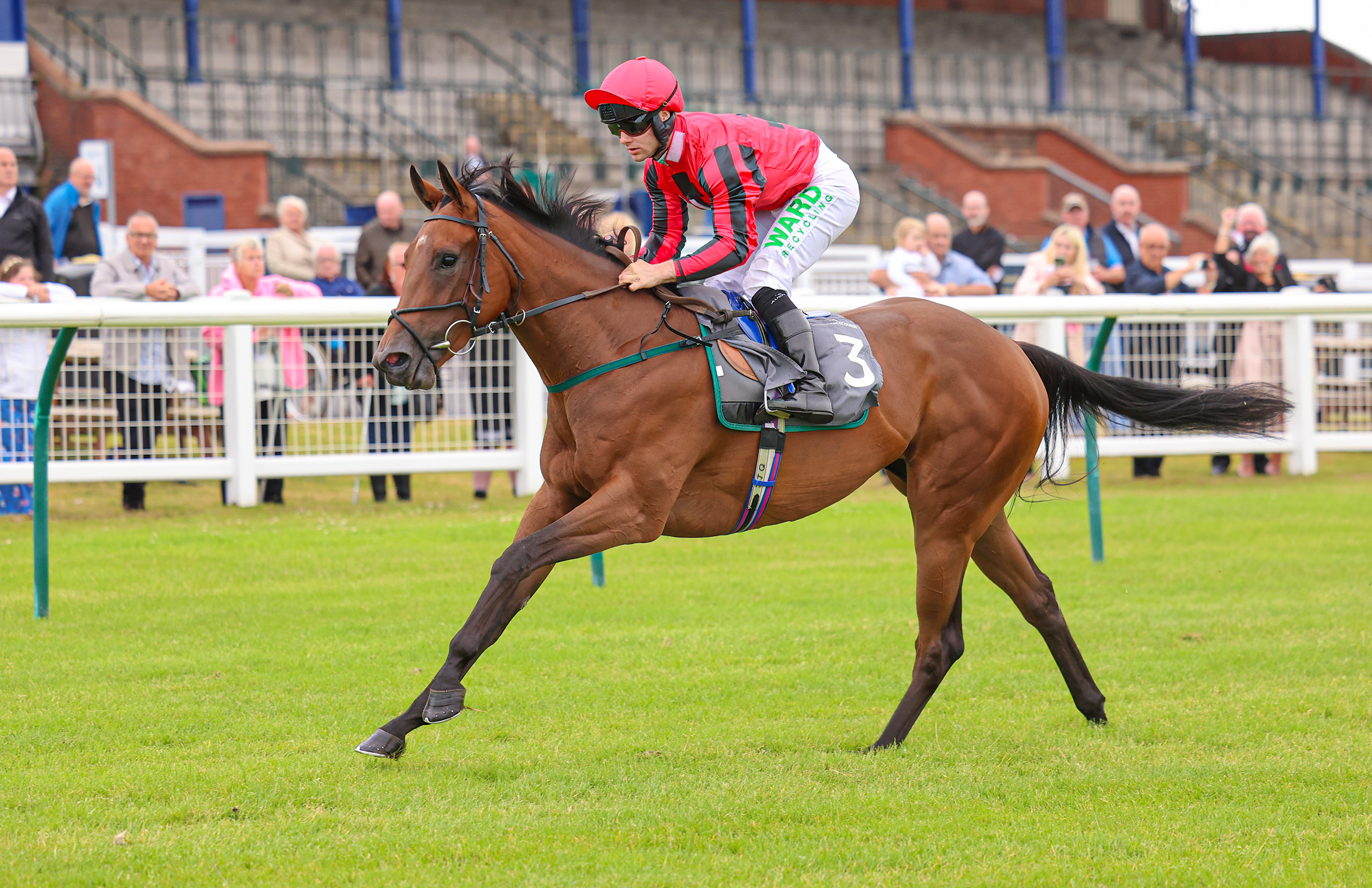 Declarations are in for Irish racing’s midweek treat at Naas Racecourse on Thursday with 16 runners set to go to post for the inaugural €100,000 Goffs Sportsman’s Challenge.

The field of juveniles, all of which were catalogued in the 2021 Goffs Sportsman’s Sale, will tackle the straight five furlongs and 205 yards chasing a first prize of €50,000 on a day when Naas will be providing free entry to all registered breeders.
Following some notable British success on Irish Champions Weekend, there is a strong overseas contingent heading to Naas on Thursday also, with one of the successful raiders leading the five-strong charge.

Tipperary native John Quinn has firmly established a stellar career for himself based in Malton and took Group 1 honours at The Curragh on Sunday with star sprinter Highfield Princess.

On Thursday, Quinn will saddle two-time winner Signora Camacho in the Goffs Sportsman’s Challenge and he is unsurprisingly hoping to continue his fine run of form.

Quinn, who has retained the services of Ben Coen to ride the leading fancy, said this morning: "We’re happy with her and are looking forward to running her at Naas. It seems the ideal race for her as she qualifies, the prize money is good and she’s a decent filly with very good form.

"She won on easy ground up at Ayr though it was officially good and it was the same in York last time when she was second so we’d have no worries about her coping with soft ground.

"We like to bring horses to race back in Ireland when we get the chance and have been lucky so I hope the same will be the case with this filly but she’s done well and it’s a good opportunity for her."

From his three runners last weekend, Quinn not only saddled a Group 1 winner but also bagged plenty of prize money with inmates Safe Voyage and Mr Wagyu second and third respectively in €150,000 handicaps.

Quinn had a positive update on stable star and now triple Group 1 winner, Highfield Princess and though Signora Camacho might not be at that level yet, he expects the juvenile daughter of Camacho to make a bold bid for honours this week.
"Highfield Princess was outstanding. She was back yesterday morning early and she’s absolutely fine. Safe Voyage and Wagyu ran some races too. We were delighted with the weekend, that the horses ran really well and are fine," the trainer added.
"So we are looking forward to heading back to Kildare again this week, this time to Naas for what’s a fantastic race they’ve put on and hopefully with a good chance again."

The with 82-rated Minnesota Lad makes the trip for Richard Fahey and Chris Hayes is a notable booking for that son of Sioux Nation.
"He just ran very disappointing in Newcastle last time and I don’t know why," Fahey said after keeping the colt in at the five-day stage. “He had been third in his first two races before winning his maiden at Beverley last month."

Tom Dascombe’s two-time winner Felix Natalis will be the mount of veteran rider Seamie Heffernan, while championship chaser Billy Lee has picked up the spare ride on Richard Hannon’s charge Miami Girl, who has already won at Newmarket and Windsor.
Lee’s championship nemesis Colin Keane will partner the Noel Meade-trained Dutch Gold, who was third on debut at Galway, while Tracey Collins unleashes fascinating newcomer Not Forgotten, who won a barrier trial at Dundalk last month and is the mount of Ronan Whelan.
Henry Beeby, Goffs group chief executive said: "We are delighted to see a field of sixteen declared for the €100,000 Goffs Sportsman’s Challenge on Thursday at Naas.  The quality of entries as well as the number of horses travelling from the UK illustrates the broad appeal of Sportsman’s yearlings and the draw of such a lucrative prize fund.

"Every year Goffs Sportsman’s Sale punches above its weight for two-year-old and Group success and we have catalogued another strong collection of commercial yearlings to be offered at Kildare Paddocks from 29-30 September, immediately following the two-day Orby Sale.
"The Sportsman’s Challenge is a key part of Goffs’ overall support of Irish racing as well of that of our vendors for whom such buyer initiatives aim to benefit at the sales. We look forward to a great day’s racing on Thursday and extend our thanks to the team at Naas for their positivity and proactivity."

An intriguing card will also feature the penultimate race in the GAIN The Advantage Series. The one-mile nursery boasts a field of 19 that is headed by the trio of 75-rated runners, Allesnick, Aurifodina and Hasten Slowly and also includes Miss Langmore near the bottom of the weights, who will be bidding to provide trainer Denise Foster with a second winner of the series.
The GAIN The Advantage Series is a series of eight races at eight different racecourses with a variety of conditions to cater for a sizeable sample of trainers and horses, and an increasing prize fund of 50 per cent per race.

The Trainers’ League is a focal point of the series with points given through a grading process designed to give equal opportunity to all to win the overall prize. With two races remaining, the table is currently headed by Pat Martin and Kevin Coleman on 18 points apiece, with Denise Foster, Denis Hogan, Nicky Stokes, Nigel Slevin and Damian English all in hot pursuit on 12 points.

Naas also welcome back local company Care At Home, who are sponsoring for a second time at the track this season by backing the five-furlong nursery, which has 14 runners headed by the Fozzy Stack trained McCauley’s Tavern.
Go to naasracecourse.com for further information or to book tickets