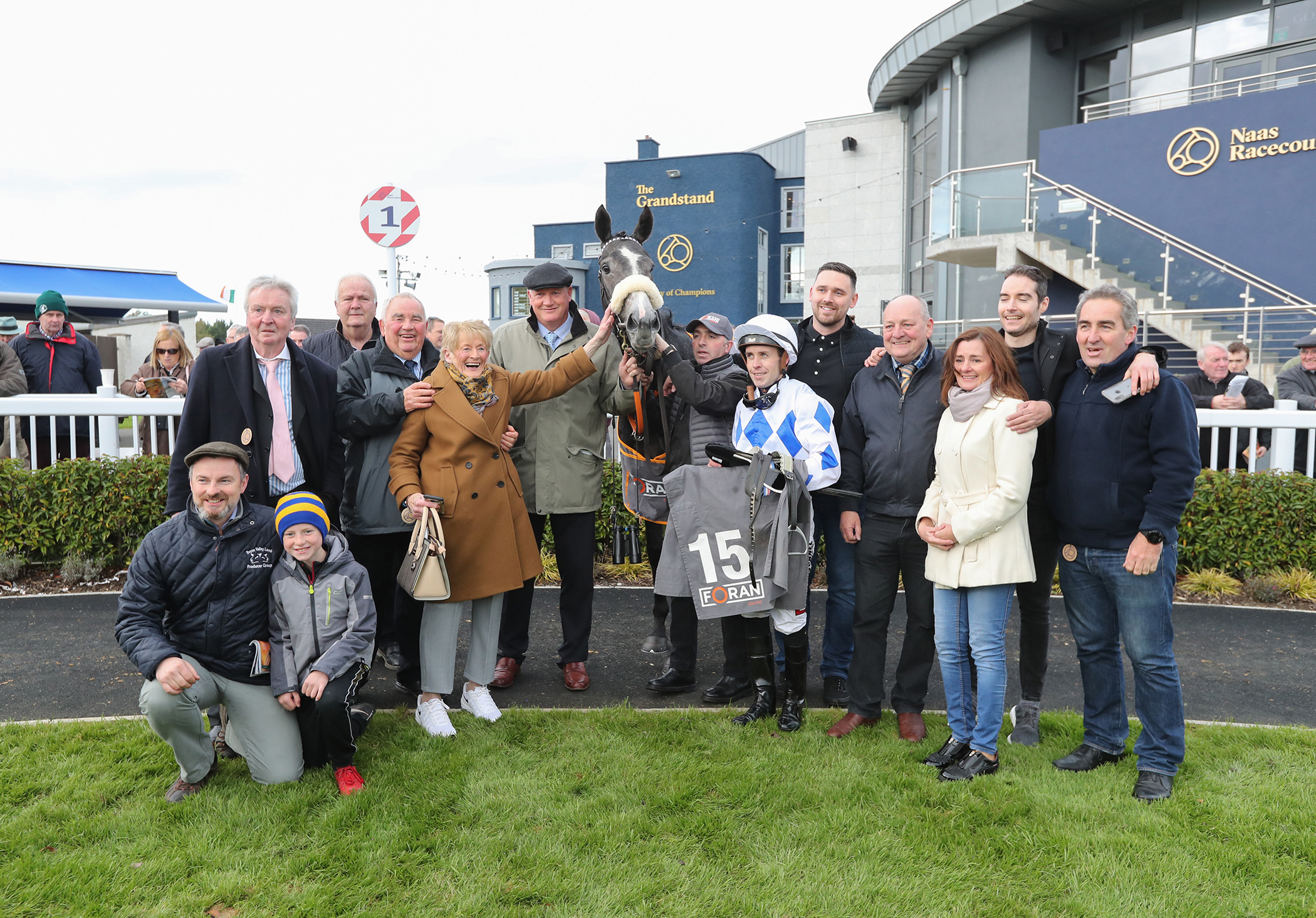 The sixth running of the Foran Equine Irish EBF Auction Series Final has attracted 60 two-year-olds, which will be run at Naas Racecourse, on Sunday October 18th. Irish EBF, Horse Racing Ireland and Foran Equine are delighted to be in a position to keep the prize fund for the 7 furlong final at €120,000 and as a further enhancement, the €30,000 nursery handicap will be staged on the same day, the 6 furlong race, is open to horses who have run in a qualifying series race and all horses must be EBF eligible to enter both races.

There are an impressive twelve series winners listed in the entries representing ten different trainers, including Snapraeterea for Joseph O’Brien who won his qualifier at Roscommon before trying his hand at Group 2 level. Ecliptical and Amber Kite are both series winners for Ger Lyons where he has entered five in total for the final. An impressive winner in Down Royal, A Case Of You is owned and trained by John McConnell, he was bought for a mere €3,000 from the Goffs Sportman’s yearling sale and from two runs in the series has won €15,800. Last year’s final winning trainer, Willie McCreerey, is represented by Huddle Up, a €8,000 Goffs Sportmans graduate who has already won his purchase price back by winning his qualifier in Cork.

Willie McCreery, trainer, commented: “I’m delighted to have two entered in the Foran Equine Irish EBF final, we won it last year with Lustown Baba who was bought for only €12,000 and has won over €100,000 to date for his owners the Back Road Syndicate. Huddle Up was bought cheaply (€8,000) for a great owner of mine Michael O’Donnell and we have him entered in the Foran/EBF winners race at the Curragh this weekend and then onto the main target, the series final at Naas. It’s a brilliant series that has given us and our owners great opportunities with yearlings purchased for modest money.”

Nessa Joyce, Irish EBF Manager, said: “The series now in its sixth year and firmly established as a target for owners and trainers of two-year-olds, by hosting the €120,000 final and the €30,000 nursery handicap on the same day, it will give connections of 32 runners a chance at a massive €150,000 pot. The success of the series is due to owners and trainers buying at the yearling and breeze up sales with the series in mind and we look forward to seeing them compete in next year’s series.”

Gareth Connolly, Sales and Marketing Director, Foran Equine, commented: “We are delighted to see quality entries for the Foran Equine Irish EBF auction series final at Naas on October 18th. During these unprecedented times, the series has continued to generate many positive opportunities and success stories for our customers including the trainers, owners and breeders who are the backbone of the industry. We are grateful to the Irish EBF for being a fantastic partner and for their additional support through these difficult times.  Last year’s final was a brilliant occasion and we are looking forward to working closely with Irish EBF and Naas Racecourse to deliver another exciting final.”