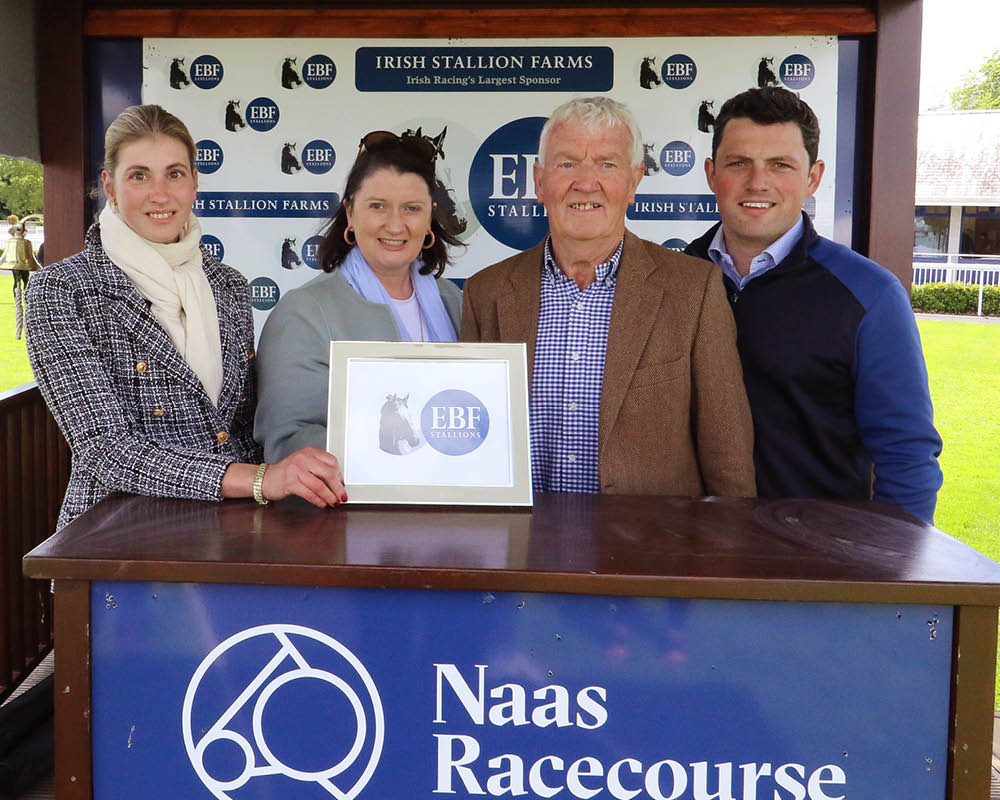 Q & A with Nessa Joyce, Manager of The Irish EBF

Every year in Ireland, the participating stallion owners pay the equivalent of an average nomination fee for each of their stallions. These funds are then targeted at Flat and National Hunt races in Ireland that are judged to support the industry.

The Irish EBF board is made up of representatives from the major contributing farms and ably led by Chairman, John O’Connor, Managing Director of Ballylinch Stud. Working closely with Horse Racing Ireland, the Irish EBF Governors’ create a programme of Irish EBF sponsored races targeted to support the Irish Racing industry. Only the progeny of EBF registered stallions can enter these races and benefit from the extra prize money.

In total, Irish EBF have contributed nearly €50 million to Irish Prize-money since 1983, with a current annual investment now over €2.5 million making Irish Stallion Farms the largest sponsor of racing in Ireland.

Our office is conveniently located in ITBA building at the entrance to Goffs Sales complex.

Typically no day is the same! I am the only employee and look after the marketing/PR, liaising with the contributing stallion farms, HRI, racecourses and other industry bodies as well as the administration, accounts, corporate governance and anything else that pops up. It’s a very varied but rewarding role.

In 2020 we are contributing €2.5 million directly into Irish prizemoney, this is the largest amount ever contributed in one year and we are delighted to help in this Covid-19 year.

There was a demand for further support for connections of 2yo’s and the board created a series of median races confined to EBF eligible 2yos by sires with a median price of €75,000 or less. There are 2r races over the season and each race has a minimum prize fund of €25,000 that offer opportunities to both home breds and auction bought horses. Out of this concept the idea of one stand-alone race valuable race was conceived and has now grown to two races with record prizemoney for a 2-year-old race in Ireland.

Naas ticks a lot of boxes, the straight 6 furlong track to accommodate both races, the easy access and location for any foreign based runners and a great team to champion the races.

As its confined to two-year-olds by sires with a median price of €75,000 or less and with further weight allowances for lower median prices it offers a level playing field for all involved and now with prizemoney on offer for all finishers and a new consolation race worth €80,000 it surely gives all connections something to aim for.

The Ken Condon trained filly Thunder Beauty (by Night of Thunder), she won her maiden at the Curragh and they have this race in mind for her. Her sire Night Of Thunder has a median sire price of €52,448, which is under the €60,000 or less, giving her a weight of 9st 4lbs plus her fillies allowance of 5lbs leaves her at 8st 13lbs and in a great position to capitalize on the race conditions!

At the Curragh last year for the Pat Smullen Champions Race For Cancer on Irish Champions Weekend. Despite the rain the atmosphere was electric and it felt like a privilege to be there.

I have to expand it to a weekend instead of just one race, it has to Irish Champions Weekend, every race over the two days are special and offer something for everyone. The Irish EBF have supported the weekend from its inception and are looking forward to this year’s renewal.