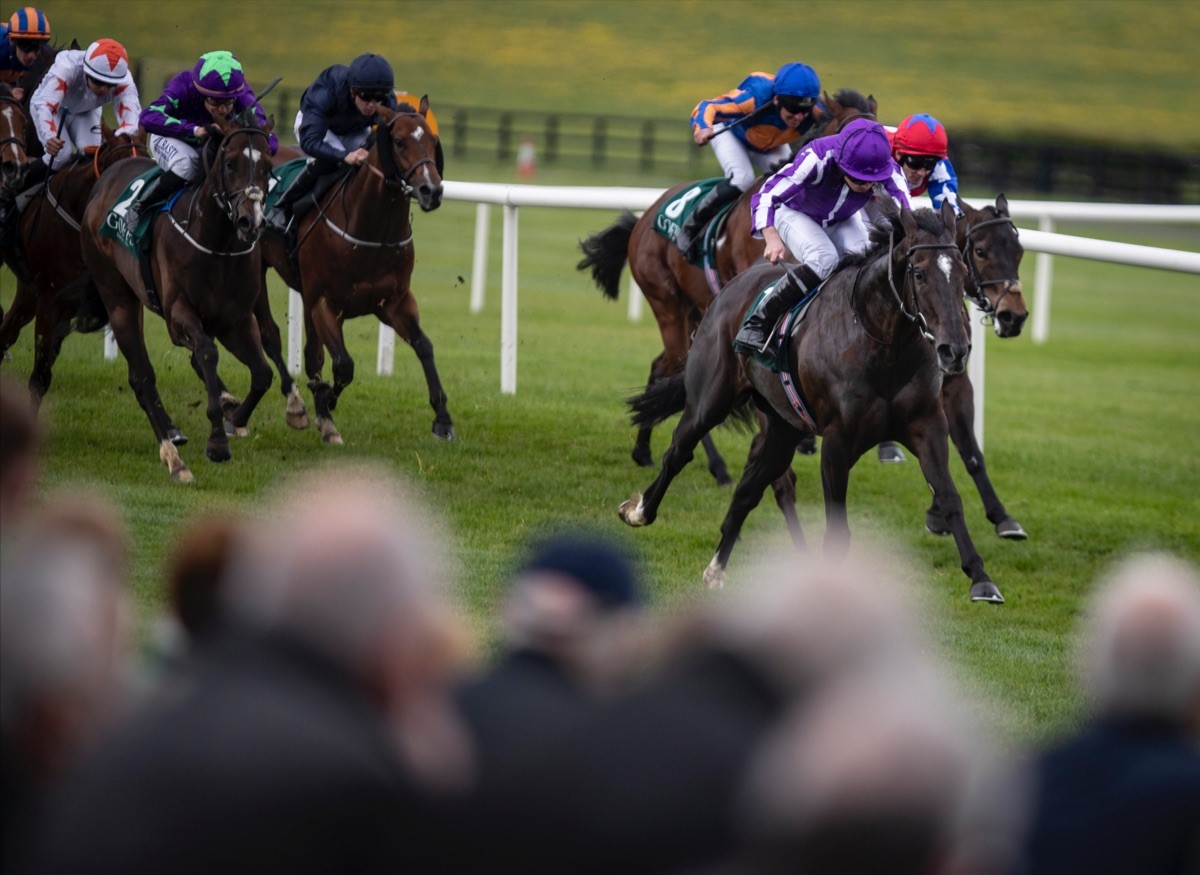 This Royal Ascot Trials Day proved to be exactly that for some of the Ballydoyle team with Pistoletto, Etoile and So Perfect all set to form part of O'Brien's assault on the famous fixture next month.

Odds on favourite So Perfect duly obliged by taking the Group 3 Goffs Lacken Stakes in the hands of Ryan Moore.

The 9/10 favourite emerged from the pack inside the final two furlongs and held too much in reserve for 50/1 shot Gustavus Weston.

"She's a big, powerful filly and it will either be the King's Stand or the Commonwealth Cup at Ascot for her," commented Aidan O'Brien afterwards.

O'Brien had landed the other Group 3 on the card earlier when Etoile made a winning debut in the Coolmore Stud EBF Fillies Sprint Stakes.

Seamie Heffernan partnered the only newcomer in the field to record a half-length success over course and distance winner Peace Charter.

O'Brien said: "Obviously it was a big ask for her first time so we're delighted. She's a very well bred filly and a work companion of So Wonderful's (finished fifth). You'd imagine that there will be plenty of improvement to come from her and I'd imagine we will be looking at the Albany Stakes at Royal Ascot next."

The first winner of O'Brien's to book his way to Royal Ascot on this card was Pistoletto. The 1/5 favourite was slightly more workmanlike than his odds may have suggested but overcame becoming slightly unsettled at the starting gates to make it two from two in his career.

"He banged his hip going into the stalls and got upset and kicked off both his hind shoes," revealed the winning trainer. "It wasn't a good experience so he's done well to win. He laboured a bit but there were reasons for that and Ascot is the plan for him. Five or six furlongs is no problem for him."

Aidan O'Brien went on to complete a four-timer with Ferretti in the Royal Ascot Trials Handicap.

Fittingly, it was trainer Eddie Lynam who won the Sole Power Sprint Stakes, a race named in honour of his former stable star.

Lynam saddled the talented Soffia to victory in the Listed contest with jockey Declan McDonogh continuing his good run of recent form.

Lynam said: "She's by the same sire as Sole Power and she was may daughter Amy's first pinhook as well. I'd love to go for the Ballyogan Stakes at the Curragh next month but I'll have to speak to Lady O'Reilly first."

Surrounding added another valuable success to her impressive portfolio by winning the Owenstown Stud Stakes for trainer Mick Halford.

The concluding Thank You Tom Ryan Handicap was won by the Madeline Tylicki-trained Port Lions. The race was run in honour of outgoing racecourse manager Tom Ryan, who will soon depart Naas Racecourse after 13 years.