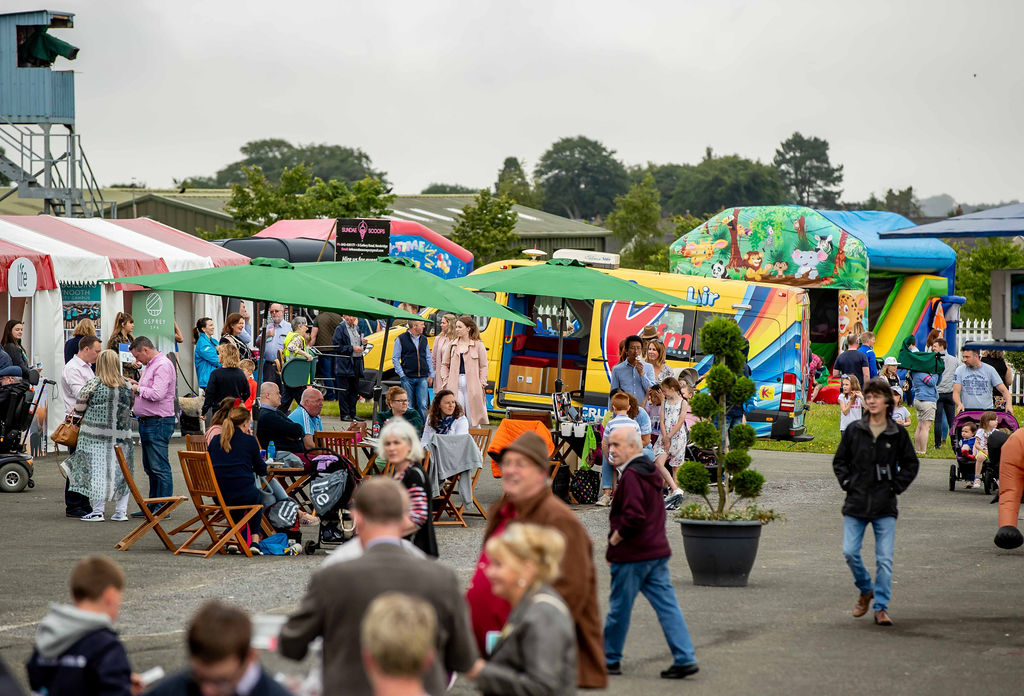 The Naas Town Goes Racing meeting was held on Saturday 6th July at Naas Racecourse. The Kildare track ran a new initiative over the last few months which aimed to encourage locals to embrace their local racetrack and to connect with the local community in a meaningful way.

Over the last few months the track has been working with local stakeholders and community groups including schools, local traders and voluntary groups such as Naas Tidy Towns and Naas Men’s Shed. Naas Racecourse joined forces with Naas Tidy Towns and Caragh Nurseries in a bid to search for the Best Street, Best Entrance to Estate, Best Shop Front, Best Floral Display, Volunteer of the Year and Best Garden Front. The winners received beautiful hand crafted prizes from Wood Turner, Paddy O’Connor or vouchers from Gouldings Hardware. Residents associations in Naas were asked to enter their estate into a competition to win a €500 voucher which was generously sponsored by the award winning Caragh Nurseries. The winner of the Tidiest Estate in Naas was Abbeybridge.

Also included in the schedule of events that were held for the Naas Town Goes Racing Day was an art competition for 4th, 5th and 6th class students. Pupils were asked to take their inspiration from the racing champions of tomorrow and draw a racehorse at Naas Racecourse.  The winner of the art competition was Katie Gammel

From Mercy Convent Primary School. Katie and her family received five complimentary admission tickets with lunch in the Panoramic Restaurant at Naas Racecourse for two adults and three children and a hamper of art supplies. Katie was also presented with her prize in the parade ring and her winning piece of artwork was reproduced in the race card.

Local traders were also invited to reserve a pop-up unit at the track in order to promote their business on the day. Local traders who had pop up units on the day were Sunday Scope, Horseshoe Bar, The Carpentary Store, Beanery, Kildare Wicklow Education Board, KBC Bank, Into Kildare, Naas Community Mens Shed, Paddy O’Connor Wood Turner, Kin Khao Thai, Maynooth Campus Conference & Accommodation, Osprey Hotel and Life Credit Union. There was also plenty of free family fun activities on the day and Naas GAA hosted a Skills Zone session. Live music and entertainment was provided by the talented pupils of Helen Jordan School of Performing Arts.

On the track the feature race of the day, the Irish Stallion Farms EBF Fillies Handicap was won by the impressive Bailly who was trained by Ger Lyons with jockey Colin Keane on board. Care at Home, Dooley Insurance and Foran Equine also sponsored races on the day.

Jackie Donohoe, Sales and Marketing Manager at Naas Racecourse said, “The inaugural Naas Town Goes Racing Day has been a success for all involved. We wanted to create a day specifically for the local community to encourage them to enjoy their local racetrack and see the fabulous facilities we have here on offer.  It has been great watching the Naas Town Goes Racing initiative bring the community of Naas together, young and old. I would like to thank all who have supported us including Naas Tidy Towns, Caragh Nurseries, Naas Community Men’s Shed, our race sponsors and all the local traders. There has been a great sense of community spirit here today and we look forward to building on this community day next year”.

The next race meeting at Naas Racecourse is the Yeomanstown Stud EBF Sprint Stakes on Wednesday 24th July with live music after racing from The Kilkenny’s, tickets can be purchased at www.naasracecourse.com.