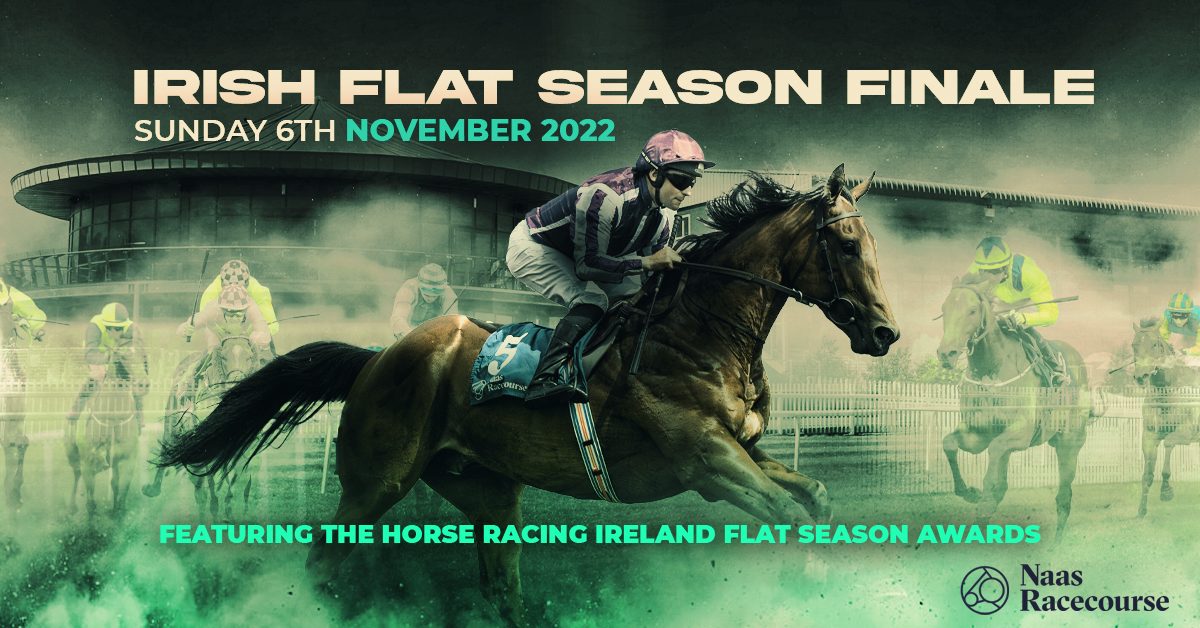 Champion jockey Colin Keane is being forced to pull out all the stops to try and fend off the relentless challenge of good friend Billy Lee and the pair are tied on 89 winners apiece with just three fixtures remaining in the season this week, two at Dundalk and then the all-important finale on the turf at the award-winning Naas Racecourse on Sunday.

All the championship winners will be presented with their awards as the curtain comes down on a fantastic season at Naas but it is the battle between Keane and Lee that has captured the imagination as it goes down to the wire.

The €90,000 Colm White Bookmaker November Handicap is the feature contest on the concluding day and 29 runners have stood their ground for that two-mile contest with the Dermot Weld-trained Falcon Eight topping the weights.

Many of the 29 entries are renowned dual-purpose performers that will have some big National Hunt targets over the coming months and Gavin Cromwell has made entries for two that fit into that category.

Grade 3 hurdle winner and Grade 1 runner-up My Mate Mozzie has an option at Doncaster this weekend but stable companion Dutch Schultz, who went close to landing a major prize on the Flat at the Galway Festival, is on course to run according to the Grade 1 winning trainer.
Cromwell said on Tuesday: “I’d say I’ll run Dutch Schultz in Naas and at the moment, My Mate Mozzie probably looks likelier to go to Doncaster for their November Handicap. They both want different types of ground and it looks like it will turn up to suit Dutch Schultz in Naas. Soft or heavy ground even shouldn’t be a problem to him.

“He’s in good order. He was a little bit disappointing in the October Handicap at Leopardstown but the ground was probably a little bit on the good side. He wants an ease in the ground and should get that on Sunday.

“His third in Galway in the amateur rider’s race was a good run and something like that is a truer reflection of him and would hopefully give him a chance at Naas.”
Champion trainer Aidan O’Brien could be represented by Realism, while champion jumps trainer Willie Mullins has Gibraltar, Maze Runner, Scaramanga and Whiskey Sour in the mix as he bids to snare another major staying contest on the Flat.

Jessica Harrington has included a pair of Naas winners, Taipan and The Very Man as well as Willesee, while Noel Meade, who won the race with De Name Escapes Me in 2020, will be hoping for a bold showing from Zoffman and recent Grade 3 hurdle winner Jesse Evans.

The Finale Stakes is the last pattern race of the Irish season and has attracted a strong field of 21 potential starters. Dermot Weld’s 110-rated Duke De Sessa is the headline act in that 1m3f Listed contest, with recent Naas winner Yaxeni looking to cap off another fine campaign for Ger Lyons and potentially give stable jockey Colin Keane a vital winner in the home stretch of the championship.

The Gavin Cromwell-trained Earls is an eye-catching entry in the Awardsandgifts.ie Handicap on Sunday. The five-year-old is looking to complete the rare feat of winning five handicaps on the bounce in Ireland and may take on recent Curragh winner Downforce for Willie McCreery.
Cromwell added: “He has been in good form and will definitely run at the weekend. Naas is a potential target but he has an option to go to Doncaster too. That’s a decision we have to make yet and we will do so closer to the time.”

Awardsandgifts.ie are new sponsors to Naas and are joined by continued supporter Tom Stapleton of Sobac Soil, who sponsors the Sobac Healthy Soil soil.ie Maiden, while feature race sponsor Colm White will also be providing a €10 match bet in the racecard.

Meanwhile, as a result of receiving the Association of Irish Racehorse Owners’ (AIRO) Racecourse Award, Naas Racecourse will be offering free entry to any owner that presents their AIR card at the turnstile on Sunday as a gesture of gratitude to racehorse owners.