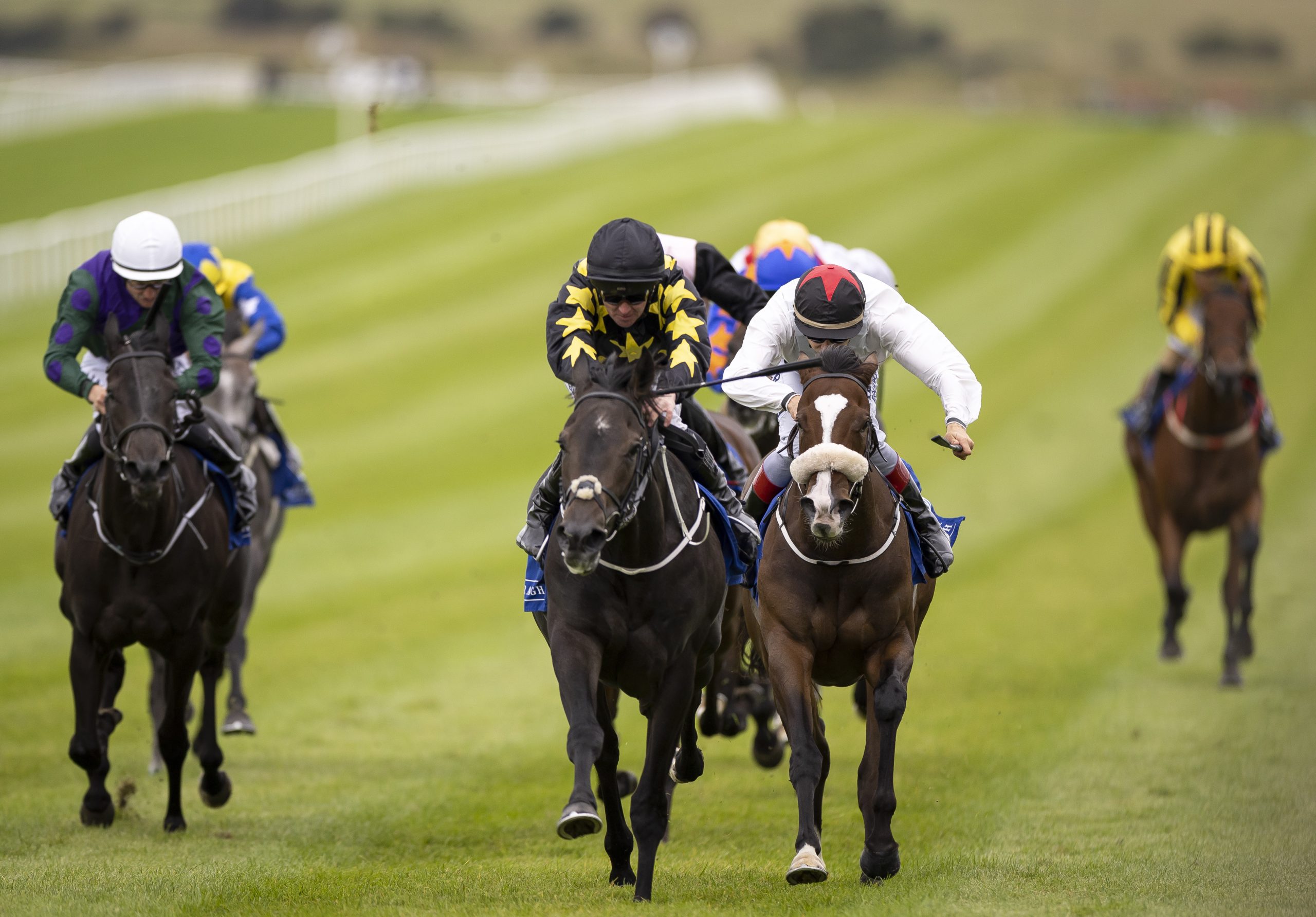 In-form trainer Joe Murphy reports his improving juvenile, Lord Massusus to be on target for the final of the “very inviting” Irish EBF Auction Series at Naas on Sunday.

Hat-trick seeking Lord Massusus goes for the €120,000 prize this weekend for which 21 horses have stood their ground, including course winners Winemaker for Jimmy Coogan and the Andy Oliver-trained Betterdaysrcoming.

The hotly-contested seven-furlong event is shaping up to be quite a vintage renewal with the Paddy Twomey-trained Arinniti and Joseph O’Brien’s pair of Goa Gajah and Montesilvano among those that have made a good impression so far this season.

While there is a slight proviso about Lord Massusus’ participation relating to the possibility of the ground turning heavy, the winner of the Irish EBF Auction Series Race at The Curragh 16 days ago is in good order according to Murphy and has had the final as his primary goal for some time.

The Fethard trainer has revealed some interest in acquiring the son of Markaz after he followed up his maiden triumph at Listowel with that Curragh success five days later but while he hopes to retain the gelding in his yard, the enticement of the Irish EBF Auction Series is such that he is already looking to the future and been active at the recent yearling sales with next year in mind.

“We’ve always liked him. We were disappointed with his second run in The Curragh. I couldn’t get over it. But he bounced back after that winning in Listowel and he came out fresh so to qualify him for the final, we ran him in the six-furlong Irish EBF Auction Series race at The Curragh and he won that as well,” Murphy said.
“The one thing he wouldn’t want is the two extremes – either very heavy or very firm. Anything in between is perfect. Good ground, yielding to soft is all fine but good horses don’t like extremes. If the ground got heavy I would question whether I’d run him and the weather is so changeable, it’s hard to know but we definitely want to run him. That’s the target.”

After staying over a mile in good style at Listowel, the John Bourke-owned-and-bred son of Markaz showed eye-catching speed to come out of a pocket and win over six furlongs at The Curragh last time out. The seven furlongs of Naas in the Irish EBF Auction Series Final would appear an apparently ideal distance.

“I wasn’t surprised at all by the speed he showed at The Curragh. We always knew he had it. He just had to transcribe it to the racecourse from the gallops. All our horses are left a little green. They learn more on the racecourse than they ever would at home. We don’t like to try them too much at home because you don’t want to overtax them. The same as when you come home from work, turn the key and put your feet up, home for the horses need to have that feeling too, that it’s not work every day.”

Now a two-time winner, Lord Massusus was bought back out of the ring for a measly €3,000 at the Tattersalls Ireland November Sale by Longrove Stud boss Bourke. “It’s a dream for them now,” said Murphy.

Since its inception in 2015, the Irish EBF Auction Series has gone from strength to strength, with Ireland’s largest sponsor, Irish EBF the constant driving force. Open to EBF eligible two-year-olds bought at auction for €72,000 or less, it boasts 26 qualifying races with weight allowances for lesser-priced entrants, a final and a total prize fund of €725,000.

This provides a considerable opportunity for connections purchasing horses at a competitive price to run for enhanced prize money right through the season, culminating this year in the €120,000 final.

First prize in the final this year is €70,800 and there is prize money down to sixth place. A dozen of those left standing have already won races in the series and bagged at least €12,000 in prize money.

Murphy spoke glowingly about the Irish EBF Auction Series which provides trainers with a host of different avenues to get involved without breaking the bank.
“It’s a series that’s very inviting for the smaller trainers to get involved. You play it, and the auction median races as well, they’re fantastic races. It brings the ordinary people into the game where they should be. The prize money makes it very inviting.

“And it does work because when you go to the sales, you buy for it and we have picked up some from the autumn sales. We bought one good-priced colt but the rest of them would be between 10 and 20 grand, which makes them ideal for the auction series.”

The series has produced a plethora of graduates that went on to be pattern performers, with the likes of Helvic Dream, Champers Elysees, Laws Of Indices all winning at Group 1 level, Layfayette a multiple group victor and Quick Suzy a winner of the Queen Mary at Royal Ascot. As well as incentivising sales activity, the Irish EBF Auction Series has highlighted that quality is available at a budget.

“It’s like the song, ‘A horse is a horse, of course, of course,’ and a good horse can come from anywhere. There’s no question Lord Massusus will turn into a nice three-year-old. He’s a good, tough, honest, genuine racehorse. That’s what people want. Maybe the handicapper has got to him now, when you win back to back he doesn’t like it! But hopefully he’ll be good enough that his mark won’t matter,” Murphy continued.

“We’ve had a few enquiries for him since The Curragh that we’re still entertaining so we’ll see what happens. I’d love to have him stay in the yard but we’ll have to see.”

The race was won last year by Noel Meade, who could be represented by Leopardstown winner Hasten Slowly and Down Royal victor Encosta this year, while Jessica Harrington’s Thurles maiden winner Village Voice might be joined by her Down Royal victor Panic Alarm.

Naas also stages some listed action this weekend. The Irish Stallion Farms EBF Garnet Stakes has attracted 27 entries with the 108-rated Toy a standout inclusion for Aidan O’Brien, while his son Joseph has included recent Group 3 winner Statement. Mehnah is another fascinating entry in that eight-furlong contest with Kevin Prendergast hoping to give the daughter of Frankel a first outing this season.

The Irish Stallion Farms EBF Bluebell Stakes will also attract plenty of interest. Group 1 performer Rosscarbery has been given this option by trainer Paddy Twomey, while Joseph O’Brien’s impressive Goodie Two Shoes may be set to take her next step up in class.