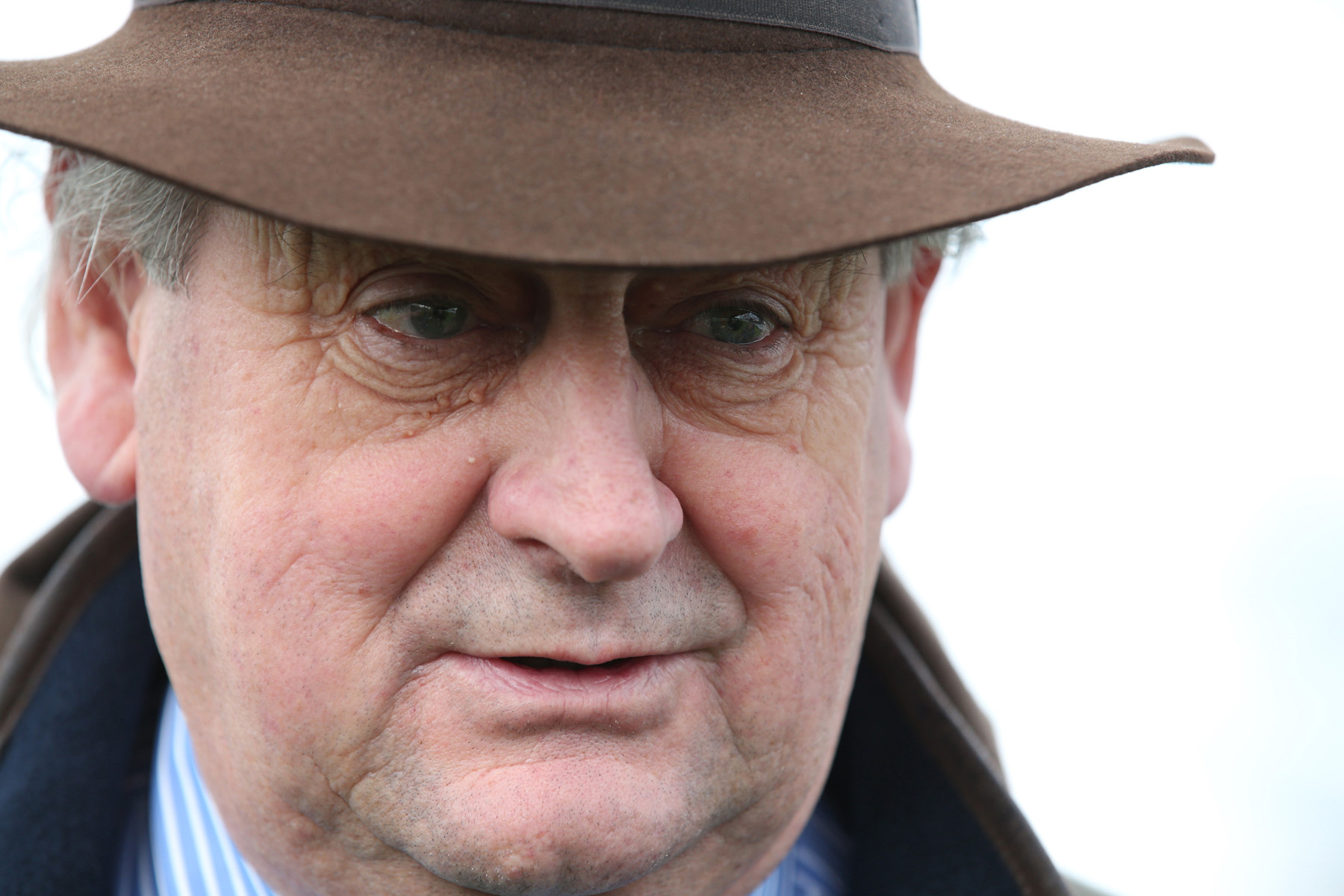 This Sunday is Paddy Power Festival Trials Day at Naas and the sponsor has priced up the opening Grade 3 WhatOddsPaddy? Chase (2.30pm) with the Willie Mullins-trained pair of Cilaos Emery and Bachasson heading the market at 6-4 favourite and 7-4 respectively.

Racing fans will be hoping that both possible Closutton candidates turn up for an exciting two-mile clash, but Meath magician Noel Meade can probably be forgiven if he hopes that one remains at home as he intends unleashing the progressive Daly Tiger, who is a 3-1 chance with Paddy.

The eight-year-old was last seen in action when comfortably winning the Dan & Joan Moore Memorial Handicap Chase at Fairyhouse last month at 20-1, having been well beaten at the same venue in December.

The eight-time champion Irish jumps trainer said: “The plan, at the moment, is to run Daly Tiger in the WhatOddsPaddy? Chase. We weren’t surprised about Fairyhouse last time – he had won not the time before when he was very disappointing, but the time before that at Punchestown.

“We were expecting a better run and we got it and it worked very well. We went back to the race before and tried different things. We’re hoping that he can up himself up to Graded level.”

The chase course at the Kildare racecourse is currently described as heavy for Daly Tiger, who has an entry in the Ryanair Chase at the Cheltenham Festival for which he is 50-1 shot with Paddy.

Meade continued: “He wouldn’t like it very heavy – he’s not a big horse, but he seems to handle it okay.

“The Ryanair is not in the plan, at the moment, and we’ll wait and see what happens on Sunday. Maybe the Webster Cup at Navan could be a plan, but you never know, we might have a change of heart and think about Cheltenham, but it’s not in the plan.”

Fellow Meath handler John McConnell has already confirmed that exciting Streets Of Doyen is all set for an Albert Bartlett Novices’ Hurdle trial in Sunday’s feature Grade 2 Paddy Power Betting Shop Novice Hurdle (3.30pm) in which he will be joined by Meade’s Jesse Evans.

“I think, at the moment, Jesse Evans probably will run in the Paddy Power Betting Shop Novice Hurdle although I’d be a little concerned about very heavy ground - he’s a nice horse and he’ll be all right but very heavy might be a problem,” opined Meade.

“You’d have to say that he wasn’t up to it at Leopardstown, that’s what it looked like. This will give us an idea of where we are – the top-rated horse is 135 and other than him there’s nothing much rated higher than our horse and a couple with no rating so we’ll see where he fits in.

“We were a bit disappointed with what he did at Leopardstown, but it was Grade 1 company and that’s what can happen.”

The five-year-old, owned by Jack Singleton, was among the entries for today’s County Hurdle at the Cheltenham Festival, but that race is no given.

View the betting on the Paddy Power site HERE.