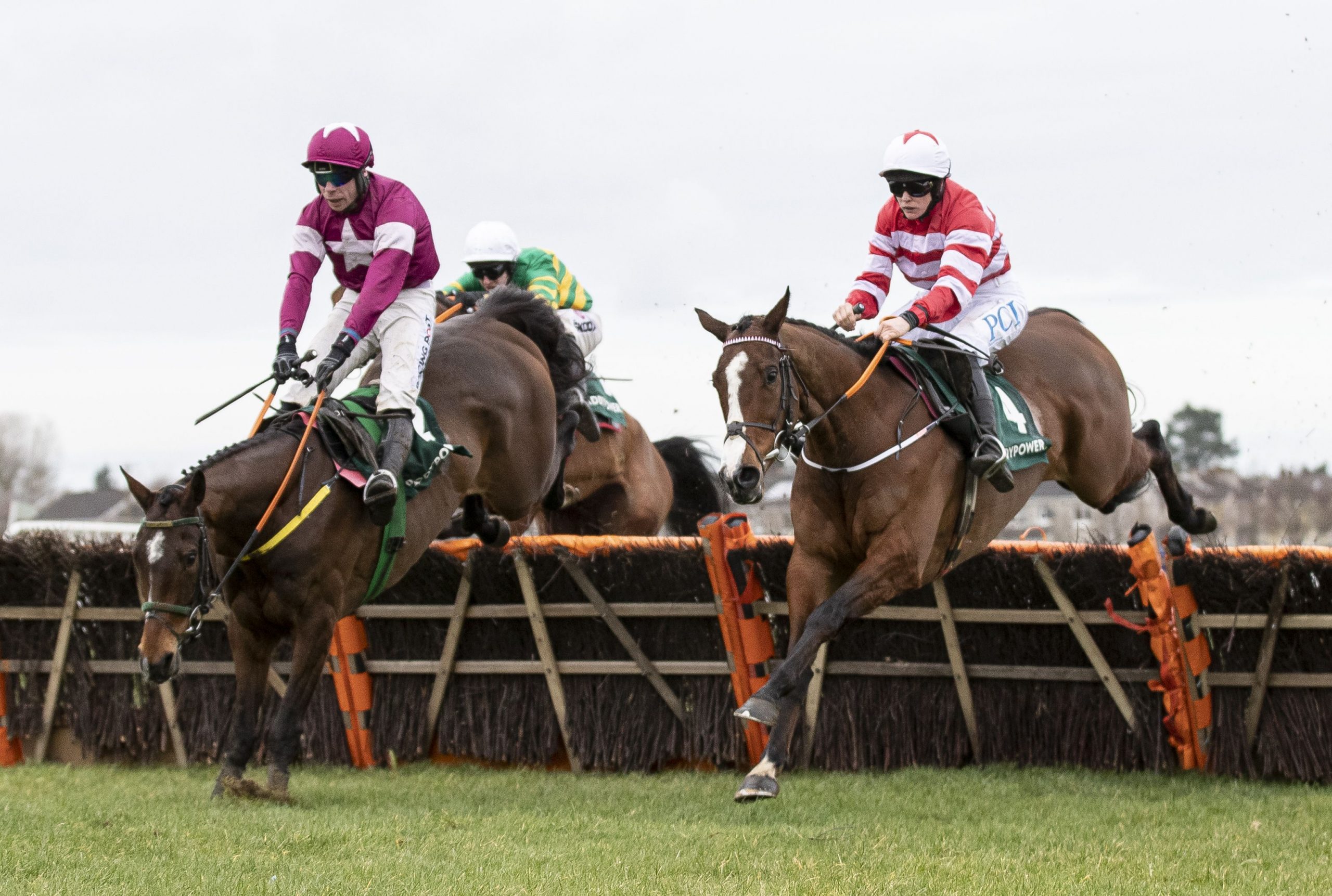 Jason The Militant takes no prisoners to land Naas feature

Connections of Jason The Militant were glad the winning line arrived just in time as Beacon Edge finished strong to be denied by the minimum of margins while the 6/5 favourite Andy Dufresne had to settle for minor honours back in third.

A return to heavy ground seemed to be a big help for Jason The Militant and the victory was an important one for owner/breeder Peter Michael.

“We always felt he was a good horse and we tried to step him up at Leopardstown but it seemed that he just didn’t let himself down on the ground. He seems to want it really soft and he looked brilliant there,” the winning trainer said afterwards.

“For one of ours in a bumper he had a very good run behind Envoi Allen. He won a good maiden hurdle at Limerick and it’s great to get back to winning ways here today. Peter bred him and he has the mare and all the family at home. It was Peter’s call today to bounce out and nick a few lengths at the start and probably quite right he was. Rachael gave the horse a great ride again and there are plenty of options to look at for the rest of the season.”

Ted Walsh made a short but profitable trip to Naas with Cheltenham Festival winner Any Second Now who enjoyed the perfect prep run ahead of a tilt at the Randox Aintree Grand National.

Walsh has regularly used the Grade 3 WhatOddsPaddy? Chase at Naas prior to the Aintree Grand National having previously won the race with Papillon and Seabass and he was understandably delighted with his most recent winner.

“That was great, I’d have been happy if he finished second even,” Walsh reflected. “He jumped and travelled and it will keep him prepped up for Liverpool, please God.

“Seabass won this a few years ago and went on to run a cracker in the National with Katie and Papillon won it and went on to win a National. At Liverpool you need to have a bit of pace. He jumped well apart from reaching a bit at the last fence.”

Cheltenham could be on the agenda for concluding bumper winner Farouk D'alene who showed a great attitude to edge out fellow Gigginstown-owned runner Fire Attack. Gordon Elliott confirmed that Jamie Codd's mount would get an entry for the Champion Bumper next month.