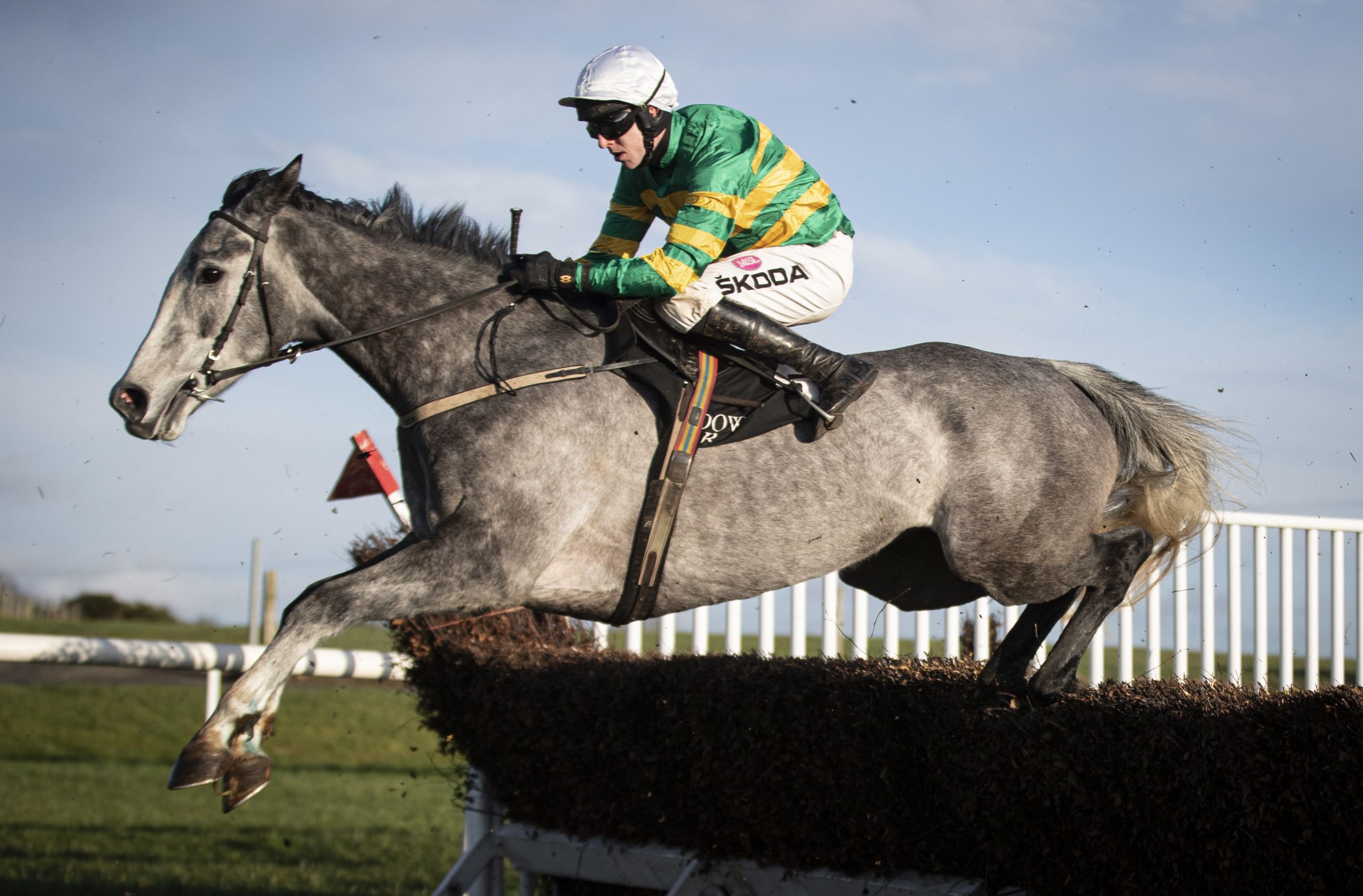 Gordon Elliott will be looking for the perfect send off to Cheltenham at Naas this Sunday where the trainer has five of the 20 entries for the €100,000 MansionBet ‘GetItReady’ For Cheltenham Leinster National Handicap Chase.

Elliott has yet to win this three-mile affair but is hopeful that his quintet, which includes the former Irish Grand National hero General Principle, might be able to rectify that matter. The trainer is also set to rely on the recent Grand National Trial third Cheb De Kerviniou and the former big handicap chase winners Monbeg Notorious and Dounikos.

“They’re all in good form and it’s a great prize at a great track, so the plan would be to run a number of them provided all goes well with them for the rest of the week. I thought Cheb De Kerviniou ran very well at Punchestown last time and there could be a nice staying handicap to be won with him.

“General Principle showed signs of coming back to form at Punchestown last time when he was fourth and hopefully he can build on that. Monbeg Notorious has been struggling to come back to his best for a while but he’s had an easy season which could stand to him and Dounikos has only run once this season and has gone well fresh in the past,” added the trainer.

Willie Mullins could field two horses in his quest to win this race for the third year in a row. The champion trainer is represented by the top weight and Paddy Power Chase fifth Chef Des Obeaux and the long absent Bonbon Au Miel.

Easily one of the most eye-catching entries is the fast improving Castle Oliver who is looking to make it four wins on the bounce. The Padraig Roche-trained gelding will be looking to follow up his recent success in a €50,000 handicap chase at the 2019 Racecourse of the Year.

Dana Bocker, Head of Integrated Marketing at Mansion Bet, said today: “We’re delighted to be sponsoring the Leinster National at Naas this weekend; it’s set to be an exciting day of racing and we’re thrilled to be a part of it. With a number of sponsored races planned in Ireland this year, we’re looking forward to strengthening our relationship with HRI, and our engagement with the racing community.”

Elsewhere some promising types will go to post for the Listed Irish Racing Writers Kingsfurze Novice Hurdle where the promising Cedarwood Road will be looking to give trainer Gearoid O’Loughlin his biggest success to date.

The Chris Jones-owned gelding, who was under consideration for a trip to Cheltenham, was an impressive winner of a maiden hurdle at Leopardstown over Christmas when he was last seen in action.

His potential rivals include Noel Meade’s Beacon Edge who ran so well when only just failing to peg back Jason The Militant in a Grade 2 at Naas last month. The useful Entoucas and the promising Fairyhouse maiden winner Exit Poll are other eye-catching names amongst the 16 entries.

Local trainer Oliver McKiernan looks to have a strong chance of victory in the Grade 3 Naas Director’s Plate Novice Chase with Gallant John Joe. The talented seven-year-old sets a strong standard following his third to Notebook in the Arkle at Leopardstown last month.

Naas Racecourse are also recognising International Women’s Day on March 8th, with free admission for all ladies to racing and also Naas will be hosting a special event Celebrating Women in Racing before racing. A panel of top female racing personalities including Trainer Jessica Harrington, Jockey Lisa O’Neill, Dr Jennifer Pugh and stable staff member Debbie Flavin will discuss their Challenges, Opportunities and Inspirations with Tamso Doyle, MC of the event. The event will take place in The Circle from 1- 2pm. The first race goes to post at 2.10pm.