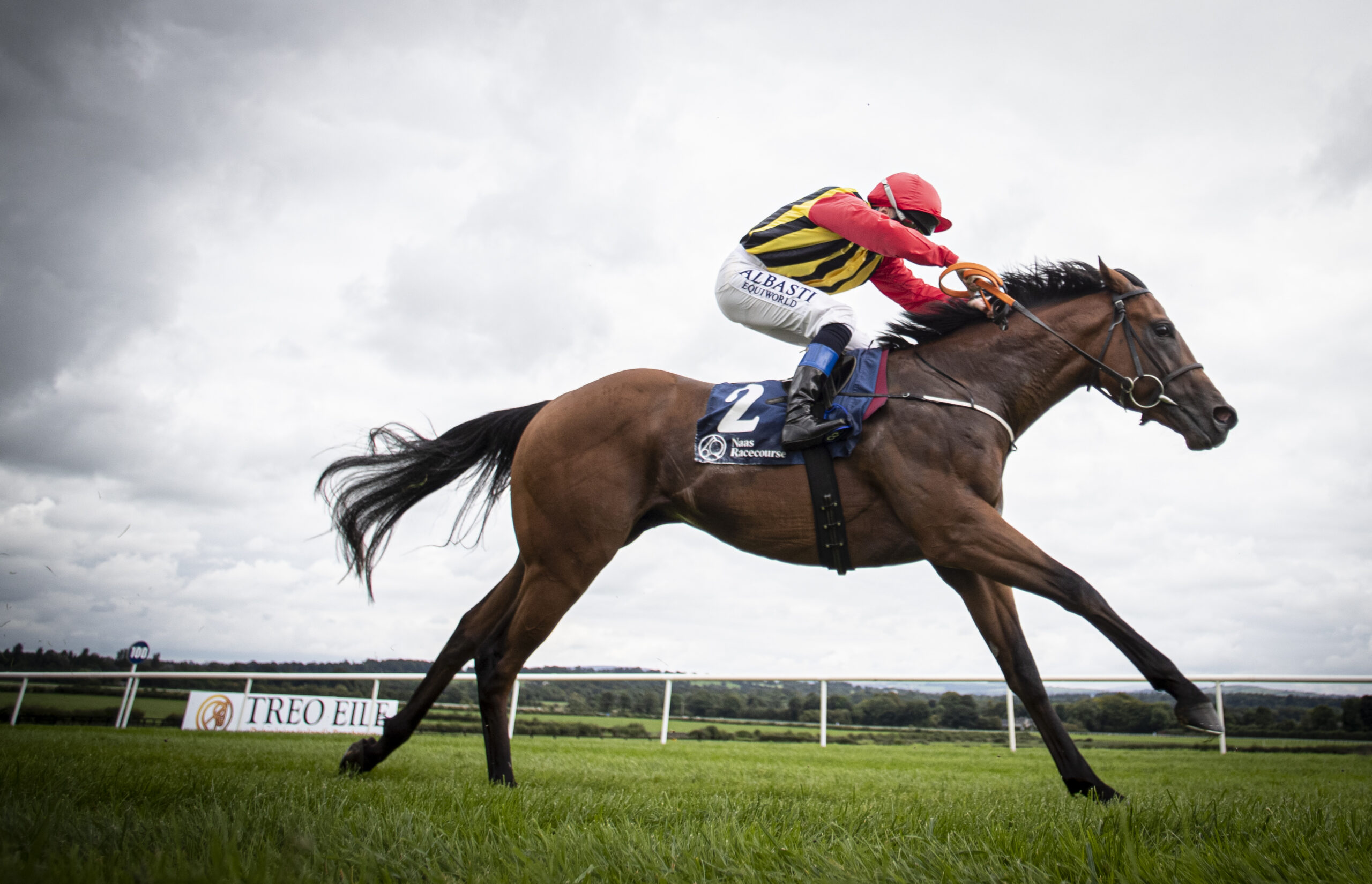 Naas form is to the fore among the leading entries for Sunday’s Tally-Ho Stud Irish EBF Birdcatcher Premier Nursery but there is some international flavour also as Tipperary-based trainer Fozzy Stack is hoping to saddle Thunder Eclipse for Indonesian owner Iman Hartono.

The final major juvenile prize of the 2021 season has once again attracted a strong entry with 23 acceptors taken today at the five-day stage for the prestigious nursery which also includes a highly touted Aidan O’Brien-trained course and distance winner, King Of Bavaria, who has been absent since winning here in May.

Rhythm Of Zain is a three-time winner in recent weeks for Kieran Cotter, the first of those victories coming in a nursery at Naas last month, and Stack’s Naas maiden winner Thunder Eclipse is a very notable inclusion having earned a rating of 95 so far this season which will leave him as a leading fancy for this weekend.

“He worked this morning and we were very happy with him,” Stack reported on Tuesday lunchtime. “We just have to talk to the owners but the likelihood is that he will run.

“He has had a very busy campaign but he’s held his form well and we’re pleased with him.

“He has won over course and distance which helps and he handles softer ground well. You’re just hoping for a bit of luck with the draw but I would say he will run and given his form in those conditions, we would hope he’ll go well.”

A fairytale end of the season could be on the cards with veteran trainer John Kiely possibly looking to add the Colm White Bookmaker November Handicap to his recent Irish Cesarewitch success with the classy nine-year-old Line Out.

The 84-year-old trainer landed the big Curragh prize a couple of weeks ago and the depth of Sunday’s race is emphasised with the first six from the Cesarewitch all standing their ground again.

Noel Meade could look to record back-to-back victories in the Colm White Bookmaker November Handicap with last year's winner De Name Escapes Me set to return to the scene of that triumph with stable companion Jesse Evans.

The latter justified odds on favouritism to win a Navan maiden last week and Meade will make a decision closer to the time with him, however De Name Escapes Me is very much on course for the €80,000 prize.

“De Name Escapes me will be returning to defend his crown after giving us a great day out when winning the race last year," Meade confirmed. "He has proven he enjoys the track and handles an ease in the ground well and he has come out of his last run in Leopardstown well. He is in good form and hopefully he’ll run well in what is always a very competitive race.”

Some overseas interest remains a possibility as Shaun Lycett looks set to roll the dice with recent Goodwood winner Torcello, while unsurprisingly the champion National Hunt trainer Willie Mullins has engaged some of his string including Whiskey sour, Royal Illusion, Maze Runner and My Sister Sarah.

Last year’s Irish Derby winner, Santiago, also holds an entry on the final day of the Flat season and in a novel pairing could meet Grade 1 placed hurdler Jason The Militant who has been given the listed Finale Stakes as a option by trainer Henry de Bromhead.

Patrons to Naas on Sunday will be able to witness a record-breaking champion in action as the heroes of the Irish Flat season will be officially crowned. Champion jockey Colin Keane continues to add to the highest ever seasonal tally recorded by a jockey in Ireland and will be in action for the eight race card which gets underway at 12.30pm.

Racegoers are advised to purchase tickets online in advance of the race meeting. Hospitality options limited, tickets naasracecourse.com from €15. Kids go free on the day with a magic show from 2-3pm in the onsite Creche along with a fancy dress competition.