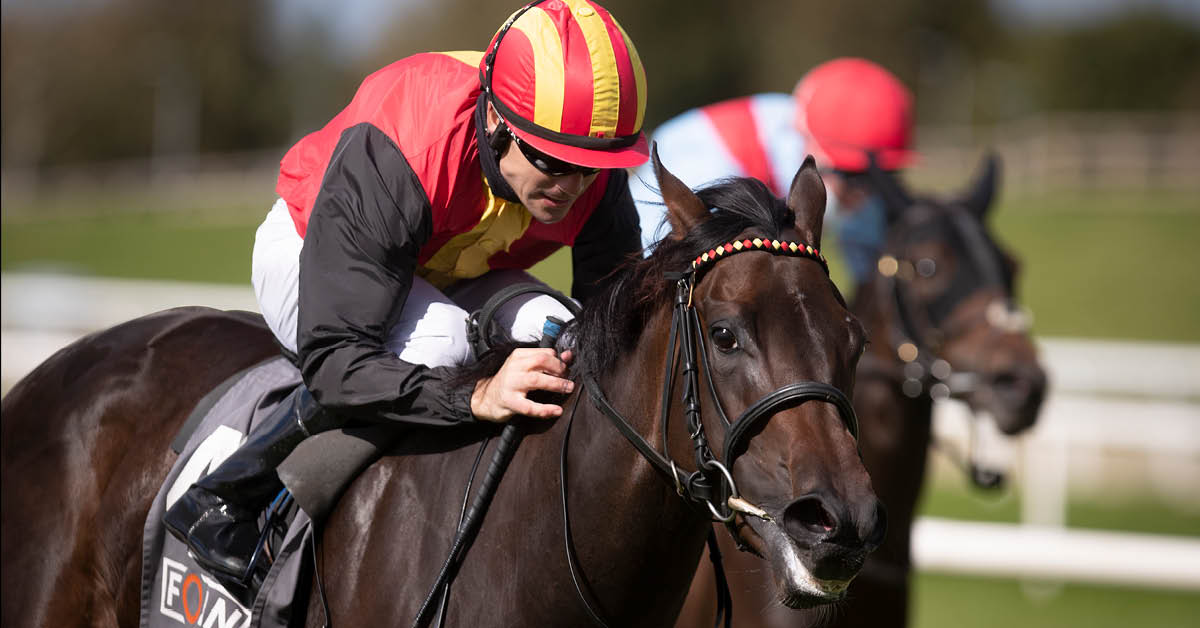 A full field will fight for the €120,000 on offer this Sunday at Naas Racecourse in the sixth running of the Foran Equine Irish EBF Auction Series Final, included in the list of declared runners are nine horses who have each won a qualifying race since the start of the series in June. In addition, there is the €30,000 Foran Equine Irish EBF Nursery Handicap race that will be run before the final on Sunday, this means there is €150,000 of prize-money on offer between the two races for connections of horses who have run in the 2020 series.

Joseph O’Brien heads the weights with Vafortino and Snapraeterea, the former was recently third in a stakes race in Tipperary and the later was third in the Group 3 Beresford stakes at the Curragh. Sheila Lavery heads to Naas with two runners, Belle Image and Supershock, Belle Image is a recent winner in the series when she lost her maiden tag impressively at the Curragh in a Foran Equine Irish EBF qualifying race. Last year’s winning trainer, Willie McCreery, is represented by Huddle Up who cost only €8,000 at the 2019 Goffs Sportman’s Sale and has earned nearly €16,000 from running in the series alone. Ger Lyons has two series winners declared, Ecliptical and Amber Kite for owners Vincent Gaul and Sean Jones respectively.  Johnny Murtagh is another trainer to have two runners with the fillies Amazed By Grace, who won her series maiden in Dundalk and Revolutme who was third in a series maiden won by Ken Condon’s Miss Amulet now a group two winning and group one placed filly.

Johnny Murtagh, trainer said; “It's a great initiative and to have two runners in the final is brilliant. It's a wonderful series and it has really helped me to get new owners into the yard. I go out and buy yearlings for the series and I have no doubt that it has attracted new owners into the game, which is very important. Amazed By Grace and Revolutme have both won their maidens and have earned their places in the final. I'm happy with both of them. They probably have to improve a bit to beat the higher rated horses, but they go into the race in very good form and I am looking forward to running them on Sunday.”

Nessa Joyce, Manager Irish EBF said; “this will be the sixth running of the Foran Equine Irish EBF final and the quality of the runners vying for a berth in the final is what stood out.  Of the sixteen declared runners, thirteen are already winners and the rest were all placed second, and when you see that the average auction purchase price of all the runners in the final is just €24,000, it tells a great story of the quality and value that is available at the yearling sales. This year also saw record prize-money of €727,500 on offer that was distributed between 94 individual owners and 49 individual trainers since June, we would like to thank everyone who supported the series and we are already looking forward to the 2021 running of the series.”

Gareth Connolly, Sales and Marketing Director, Foran Equine: “We are thrilled to see a full field for the Foran Equine Irish EBF Auction Series Final at Naas this Sunday. It is also fantastic to see the €30,000 Foran Equine Irish EBF Nursery Handicap being so well supported too.  During these unprecedented times, the series has continued to generate many positive opportunities and success stories for our customers. We are very grateful to the Irish EBF for being a fantastic partner and for their additional support through these difficult times. I would like to thank everyone who has supported the series, the owners, trainers, jockeys, breeders, racecourses and Horse Racing Ireland. We’d also like to take this opportunity to thank the hard working stable staff. As a thank you, there will be a draw before the final and one groom will win a mix of Connolly’s RED MILLS & Foran Equine merchandise in addition to a hamper of Carr & Day & Martin products to celebrate our recent acquisition.  We wish all the runners and connections on Sunday the very best of luck.”