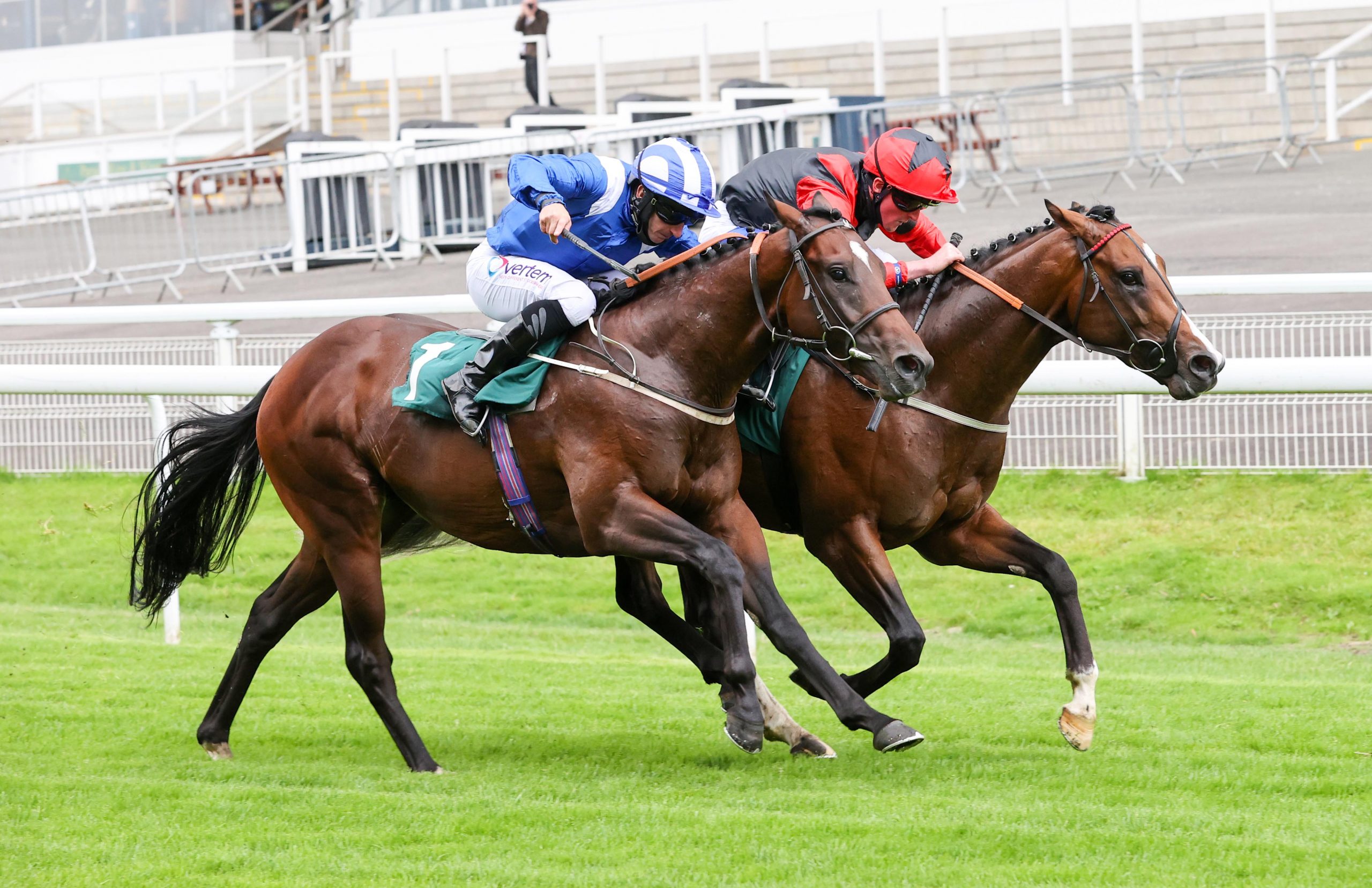 A full field of 20 will leave the stalls at Naas on Sunday for the richest race in the history of the Racecourse of the Year and the richest prize for juveniles in Ireland, the €320,000 Irish EBF Ballyhane Stakes.

It is no surprise that the pot has prompted interest from all quarters, including three contestants from across the water, and Karl Burke is double-handed as he aims to bring the €150,000 first prize back to the north of England.

Red-hot trainer Johnny Murtagh will have Danny Sheehy on board Measure Of Magic, who is one of the leading domestic representatives, while Sloane Peterson is another with credible designs on a famous triumph for Fozzy Stack and Andrew Slattery.

Naas holds fond memories for the Spigot Lodge handler Karl Burke, whose Inhaler and Rebel At Dawn, as sons of Elzaam and Dandy Man respectively, are also eligible for the €50,000 bonus if the victor is by a Ballyhane Stud stallion.

Gary Halpin has been booked for the mount on Inhaler, who has won twice from four attempts, most recently shading the verdict in a Hamilton nursery on August 1, significantly on soft ground.

“He’s an Elzaam and Rebel At Dawn is a Dandy Man so they are both eligible for the bonus, which is a big attraction. Having said that, the prizemoney is very good anyway!” says Burke with a chuckle.

“Inhaler in good form. He will wear sheepskins for the first time and we think he will improve for those as well.”

Rebel At Dawn is a Doncaster maiden winner who was last seen finishing third in another nursery at Glorious Goodwood on July 30, having previously found the company in the Group Two July Stakes too hot.

He runs at York this afternoon but will join his stablemate if coming out of that well and Oisín Orr’s services have been retained.

“He ran very well at Goodwood” Burke notes. “We ran him over five, which was just on the sharp side for him. Six will suit him better. He seems to handle any ground. He’s a big, powerful Dandy Man and he deserves a chance in a good race.

“The July Stales was just a bit too much at that stage and he didn’t really perform anyway. He wasn’t beaten that far. He’s not quite up to that grade but he’s certainly up to Listed class. With the prizemoney on offer, we’ll probably send him again if he’s okay in the morning.

“Naas has been a very lucky track for us. We won the Group Three Renaissance Stakes two years running, with Quiet Reflection in 2017 and then with Unfortunately the year after. We’ve had a bit of luck there.

“Naas is a great track, we’ve been very well looked after. I’ve a lot of family around there too so I like to do well at Naas.”

Tom Dascombe has declared Devious Company, who is also scheduled to run at Goodwood today. Gary Carroll will be legged up.

“Devious Company runs later today in the Goffs Sales race at York and we will make a decision on whether or not he runs, depending on how he pulls out tomorrow morning.

“I wish Joe Foley and the whole team at Ballyhane Stud and Naas the best of luck for putting on such a race with such prizemoney. I hope it’s a good horse that wins the race for them and I’m sure it will be.

“And if Devious Company comes out of York alright, we’ll be running on Sunday.”

Joe Foley of Ballyhane Stud commented: “It looks a highly competitive race with a great mix of owners and trainers and we’re just looking forward now to a terrific contest at Naas on Sunday “

Nessa Joyce of the Irish European Breeders Fund said: "This Sunday at Naas, three races will showcase how the Irish European Breeders Fund is  supporting Irish Racing this year. The €320,000 Irish EBF Ballyhane Stakes and the €80,000 Silver Stakes will give connections of 38 2-year-olds the chance to take home some of the record €400,000 prize-money on offer and the Irish EBF €65,000 Group 3 Stanerra Stakes will see top class fillies and mares compete for valuable black type. Thank you to our contributors, Irish Stallion Farms, for supporting Irish racing and we wish everyone the best of luck on Sunday."