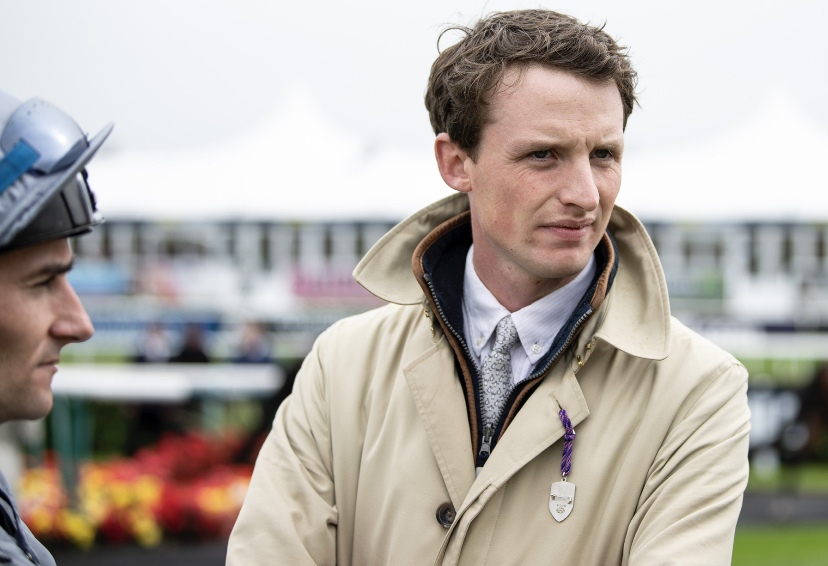 Connections of 24 horses will chase the lion’s share of the prize money on offer with €150,000 to the winner of the race which has attracted five British-trained runners.

The Ger Lyons-trained Sacred Bridge will be joined in the race by her fellow course and distance winning stable companion Recurrent Dream who won at Naas just under a fortnight ago and Lyons also runs Jarvis.

Recurrent Dream is one of two horses who will go to post with the added incentive of standing to win the €50,000 Ballyhane Bonus put up by the sponsors if this race is won by a Ballyhane stallion. Recurrent Dream is a son of Elzaam, while the Archie Watson-trained Dusky Prince is by Prince Of Lir.

Watson has tried his Brighton maiden winner in some of the top juvenile company this season and is looking forward to Monday’s assignment.

“Dusky Prince is a very solid colt,” Watson said on Friday morning. “He won nicely at Brighton on his debut and things just didn’t go his way since. He missed the break in the Woodcote and it was horrible ground that day and then things just happened too quick for him at Royal Ascot back over five furlongs in the Windsor Castle.

“The step back up in trip on Monday will be a help and this was a race we were keen to support and with Dusky Prince being by Prince Of Lir and the bonus for a winner by Prince Of Lir it was certainly worth having a crack at,” Watson said.

Prizemoney in the Irish EBF Ballyhane Stakes goes all the way down to 12th place but Watson is hopeful that his representative can make his presence felt.

“It is great to have Billy Lee onboard to ride him and hopefully from stall five he can just ride a nice straightforward type of race from there. The owners have been lucky in these sales races in the past and are really looking forward to having a go at this.”

Also travelling over from England will be the Richard Hannon-trained Bosh who is on a hat-trick after wins at York and Newbury, while Kevin Ryan is doubly represented with Aleezdancer and Smullen.

Ever Given is the Tom Dascombe-trained contender with the colt declared to run at Glorious Goodwood this afternoon (Friday) before running making the trip to Ireland which is not dissimilar to what Dascombe did with the favourite in last year’s race Devious Company who won at York just three days before finishing ninth at Naas.