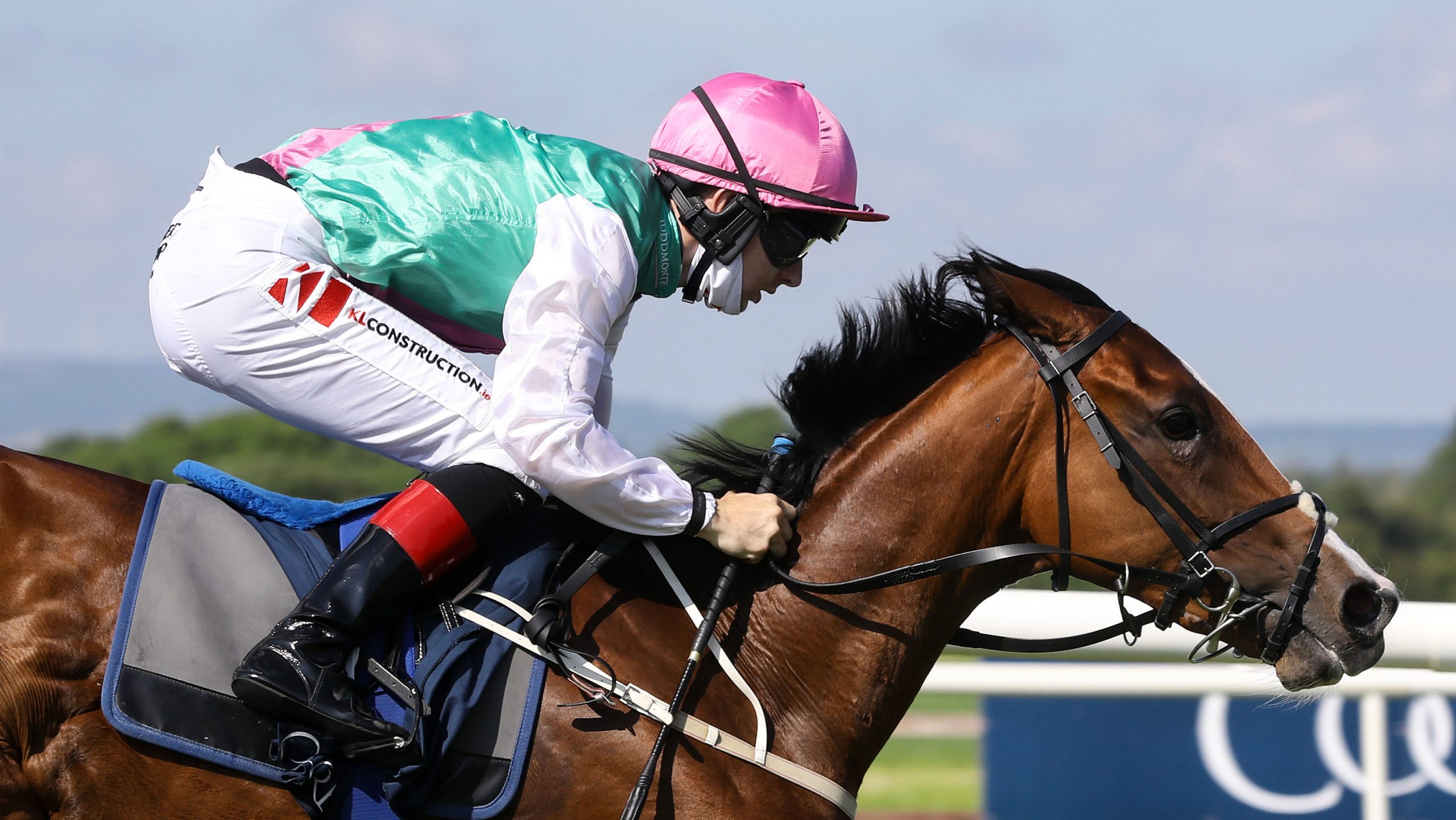 A total of 77 juveniles remain in contention for the €300,000 Irish EBF Ballyhane Stakes at Naas on Monday following the latest forfeit stage for the most valuable prize at the County Kildare venue.

A mix of trainers from both sides of the Irish Sea are represented with 17 previous winners and 11 British-trained entries among the 77 that stood their ground and among them is the very exciting filly Sacred Bridge for trainer Ger Lyons.

The course and distance winner followed up her maiden success by scoring at Tipperary at Listed level last month and is likely to contest the Bank Holiday bonanza for the Classic winning trainer.

“At the minute Sacred Bridge is scheduled to run. She wouldn’t run on soft or heavy but on summer ground she’ll run,” said Lyons. The ground at Naas is currently good to firm.

“She’s in good form. It would be a nice next step for her and then we can go back to the stakes races but the prize money is so good it makes sense to go that route first.”

Speaking of his other potential candidates, Recurrent Dream is another course and distance winner who has the added incentive of qualifying for the Ballyhane Bonus for being by one of the stallions which currently stand with the sponsor.

“Recurrent Dream is by Elzaam, and so is eligible for the €50,000 Joe Foley is putting up if the winner is by a Ballyhane Stud stallion. He has won at Naas already and all things being equal will take his chance.”

“Jarvis is still in it also,” Lyons continued. “He was second last time out at The Curragh. He’s probably too honest. I don’t think he’s a sprinter, in time he will want further but he won’t get seven furlongs by jumping and running the way he’s running. Hopefully he might get into the consolation nursery. It’s good money so we’re trying to support the race the best we can.”

The prize money on offer has fledging trainer Ciaran Murphy dreaming of getting a run on Monday with Pride Of Derry who has finished fourth and third on his outings to date and is a horse his trainer thinks plenty of.

Murphy said: “Pride Of Derry has a chance of running. We think he’s a very nice colt. He’d a very good run in a Down Royal maiden the last time when he was third. It would suit him grand, trip and ground, but we just have to make a decision. It could be taken out of our hands because of the ballot but we’d seriously consider it if he got in.

“He was very close to winning the last day and we’d like him to be going there as a winner but you’d have to consider it, it’s a race you’d want to run in because it’s such a big pot.

“He’s a lovely colt and he has come forward. He’s good enough to run if the owners decide that’s the way they want to go.”