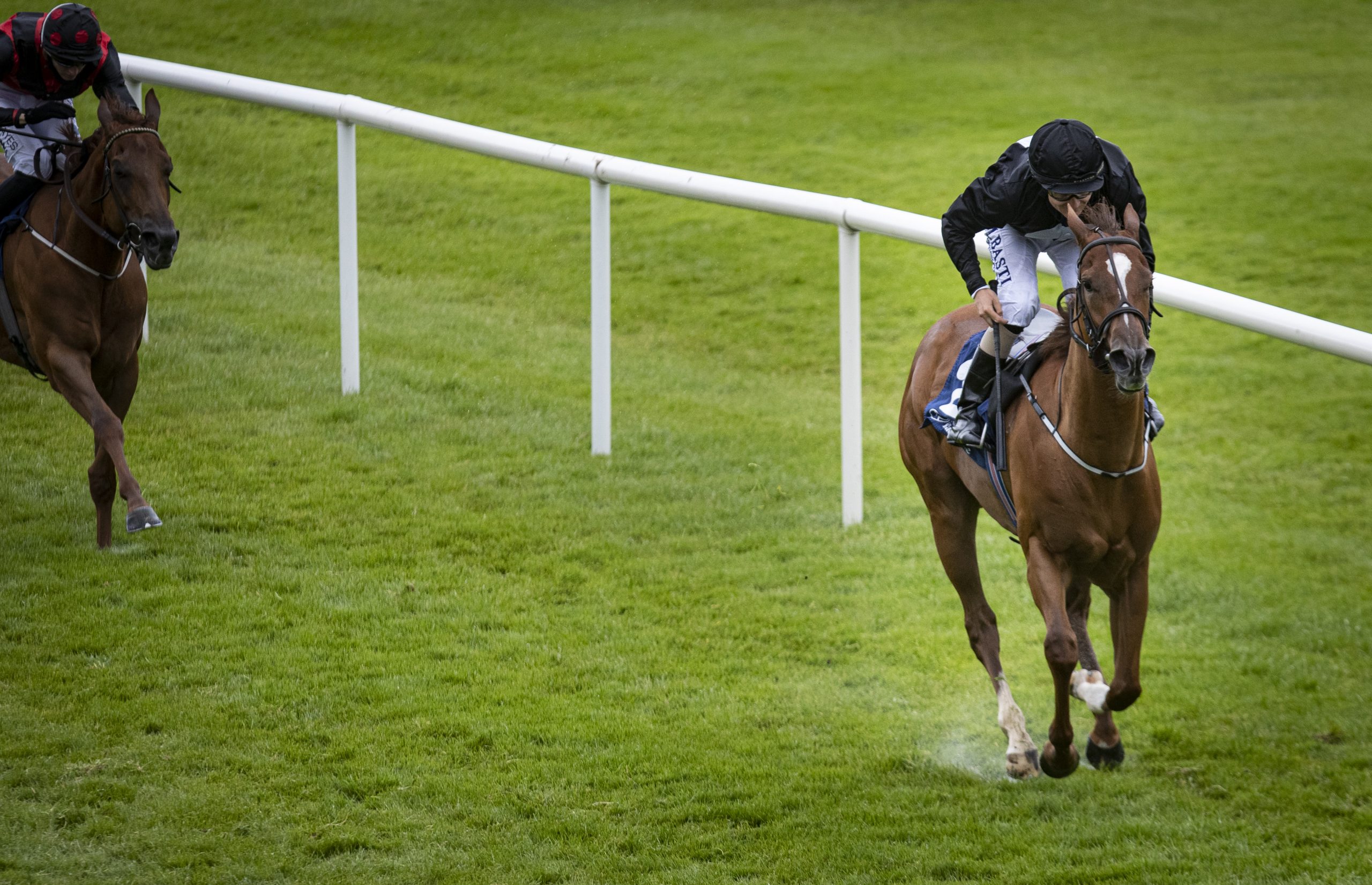 County Westmeath’s producer of future champions Tally-Ho Stud has today extended its partnership with Naas Racecourse, joining forces with the premier sponsor of Irish racing, Irish EBF to become title sponsors of the Tally-Ho Stud Irish EBF Ballyogan Stakes on 21st August, and also sponsoring the Inns Of Court At Tally-Ho Handicap on the same card.

The Tally-Ho Stud Irish EBF Ballyogan Stakes, a Group 3 contest for three-year-old and upwards fillies, returns to Naas Racecourse this year and closes for entries tomorrow (Wednesday) 27th July with an increased prize fund to €80,000, up 60 per cent on last year. An additional and exciting incentive is that is that the Tally-Ho Stud Irish EBF Ballyogan Stakes winner will earn an automatic free entry into the Group 1 Flying Five Stakes on Longines Irish Champions Weekend.

Situated close to Lough Ennell in the Lakeside County, Tally-Ho Stud has been spearheaded by Tony and Anne O’Callaghan for over four decades, with their sons, Roger and Henry now a key part of the brains trust too. Tally-Ho Stud’s roster of stallions includes Mehmas and Cotai Glory, who were both crowned Europe’s Champion First-Crop Sire, with Mehmas also Europe’s Champion Second-Crop Sire in 2021. Also standing at Tally-Ho Stud are Group 1-winning sire Galileo Gold and Kessaar, whose first runner was a winner early this year. Starman, a Group 1-winning sprinter as a racehorse, and Inns Of Court are two of the latest exciting additions to the Tally-Ho team and join the long-standing beacon Kodiac, who is now emerging as a fantastic sire of sires.

The Jessica Harrington-trained Millisle was already a Group 1-winning juvenile when scoring in the Ballyogan Stakes at Naas in 2020, while previously, Fiesolana went on to win to give the Kildare trainer Willie McCreery, and jockey Billy Lee, their first Group 1 triumphs in the Matron Stakes after her Ballyogan Stakes victory in 2013. The race has also attracted strong British interest over the years with nine British-trained winners since 2000 and with the carrot of the free entry into the Group 1 Flying Five Stakes on Longines Irish Champions Weekend on offer, a strong raiding party can be expected once more.

Welcoming Tally-Ho’s continued support of Naas Racecourse, where they have been sponsors since 2019, Eamonn McEvoy, manager of Naas Racecourse said: “The Board of Directors and I are delighted by the continued support from Tally-Ho Stud in their sponsorship of the Group 3 Tally-Ho Stud Irish EBF Ballyogan Stakes. When you think Tally-Ho, you think top-class sprinting and their stallions are churning out winners at a phenomenal rate.

“The O’Callaghan family are brilliant to deal with and massive industry supporters. When we explained how we want to really promote and push the Ballyogan Stakes, they were happy to drive it on and with the added support of the Irish EBF we have been able to raise the prizemoney from €50,000 to €80,000. We want to attract those top sprinting fillies and mares from both Ireland and the UK.”

Nessa Joyce, manager of Irish EBF, commented: "The Irish European Breeders’ Fund board welcome the addition of the valuable €80,000 Group 3 Tally-Ho Stud Irish EBF Ballyogan Stakes to Naas Racecourse. The race compliments an existing strong emphasis on fillies races supported by Irish Stallion Farms as part of the our €2.6 million annual allocation directly to Irish prizemoney. Tally-Ho Stud are long standing contributors to the Irish EBF scheme and it is great to see stud farms sponsoring high profile races and helping to boost prize money which is the lifeblood of our industry."