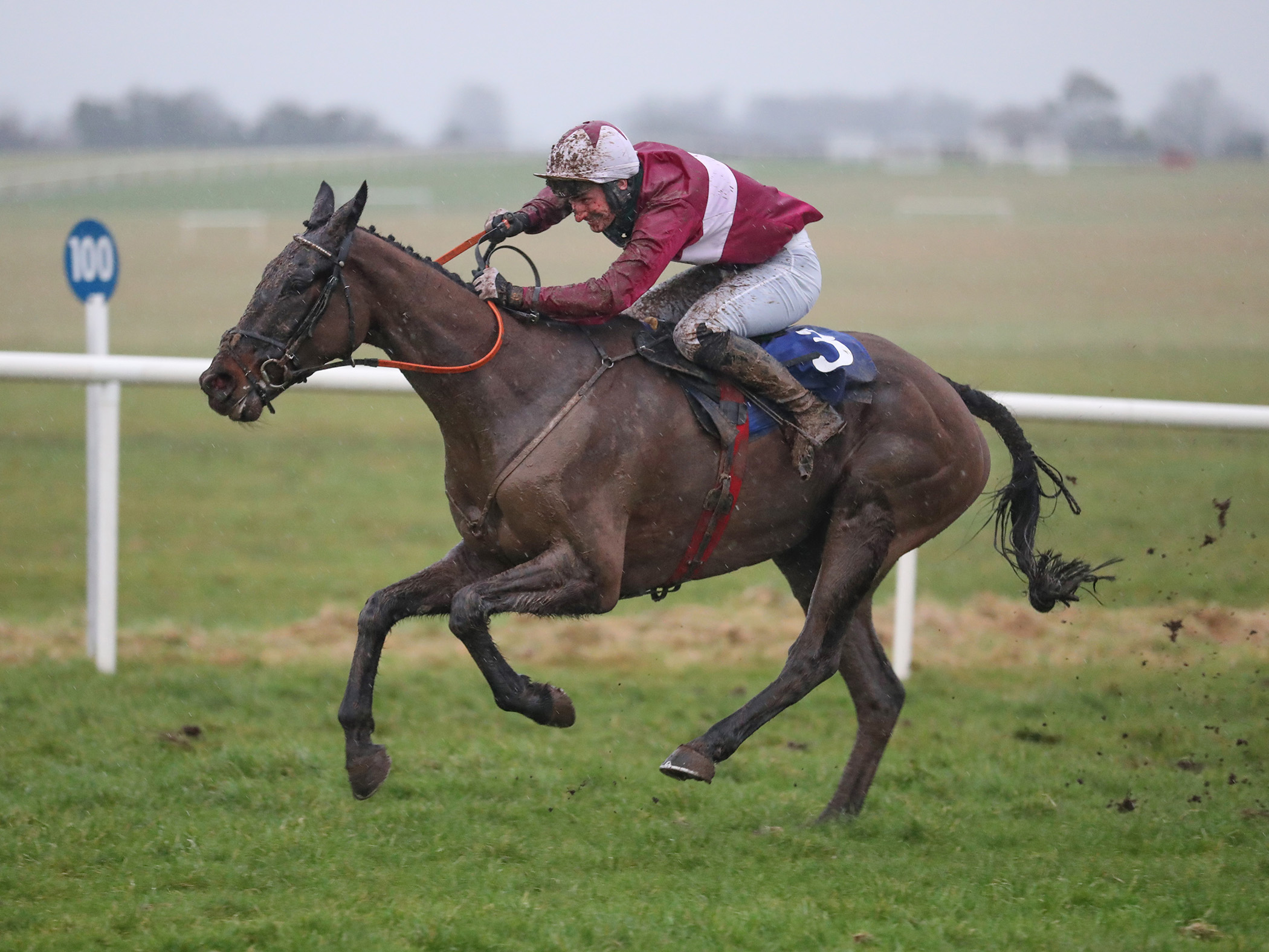 Gordon Elliott has a pair of highly exciting novices to choose from as he targets a third win in the Lawlor’s Of Naas Novice Hurdle since it was upgraded to Grade 1 status. A total of eight entries remain in contention for the flagship National Hunt race at Naas Racecourse as Elliott’s duo of Ginto and Hollow Games, both who carry the increasingly familiar colours of Bective Stud, head the octet.
Willie Mullins relies solely on the Sean and Bernardine Mulryan-owned Whatdeawant who opened his account with an impressive Navan maiden hurdle triumph earlier this month, while last year's winning connections of Henry de Bromhead, Rachael Blackmore and owners Robcour look like being represented by Grand Jury.

Bob Olinger swooped to victory in the Lawlor’s Of Naas Novice Hurdle 12-months ago before going on to wow the National Hunt fraternity at the Cheltenham Festival and connections could have eyes on Punchestown winner Grand Jury following a similar path in the new year.
Angels Dawn and Barnacullia both stood their ground at Tuesday’s forfeit stage after running at Limerick’s Christmas Festival, while John Ryan has given The Little Yank the option to try this Grade 1 assignment.

For Cork trainer Jonathan Sweeney, a potential career highlight is on the cards as he prepares to roll the dice with Churchstonewarrior.
The seven-year-old son of Mahler was a 16-length bumper winner last season before scoring twice over hurdles this term. Despite having to settle for minor honours at Cork in Grade 3 company last time out, Sweeney is certainly not shying away from Naas with the prospect of slightly quicker ground a key component that is allowing him to dream of a magical start to the new year.
“He hasn’t done a whole lot wrong and it’s been a good year for him, winning his bumper at Thurles last January before finishing second back there in his debut over hurdles,” Sweeney recalled. “Then he won a maiden hurdle at Sligo and was better again at Thurles. He was second in a Grade 3 at the beginning of the month and the first reaction might have been a little bit of disappointment as we thought he had improved again going into that race but Denis O’Regan, who rode him, said he actually ran very well and had definitely improved.”
Sweeney has turned his initial thoughts of disappointment from Cork to encouragement and added: “It was just that Sean O’Brien’s horse Nell’s Well ran better and to be honest, you’d be very happy for Sean and his family and she has run well again since then, so it obviously wasn’t a bad run.
“As well as that, it seems that Churchstonewarrior seems to be able to quicken better out of that bit nicer ground and the ground was grand in Cork but Denis just felt he struggled a little bit around the bend turning in, that it was just a little tacky and he couldn’t get through it as well.”
Looking ahead to Naas and the opportunity to lower the colours of highly-touted horses such as Ginto and Hollow Games, is what Sweeney and many trainers like him aspire to do.
He concluded: “It would be a dream to have a Grade 1 winner, it is for everyone in racing but you have to keep tipping away in the meantime and to have a horse that might be good enough to run in it is great.

“You never know, the prize money is very good and if you’re not in, you can’t win any of it but we’ll wait until closer to the time to decide whether or not he will definitely run. It is a classy race as you’d expect of a Grade 1 and Gordon’s two horses set the standard.”
Sweeney is also likely to represented in one of the supporting races on the card as the JP McManus-trained Roseys Hollow holds an entry in the Irish Stallion Farms EBF Mares Beginners Chase and the Irish Stallion Farms EBF Novice Chase.
The opening beginners chase also sees Jeremys Flame among the entries, while in the novice chase Blue Lord, Dancing On My Own, Saint Sam and You Raised Me Up are notable acceptors.
Some potentially high class novice hurdlers are expected to emerge from the INH Stallion Owners EBF Maiden Hurdle with Bronn, Classic Getaway and Killer Mode the standout names there.

This event is a ticket only event and further details can be found at naasracecourse.com.