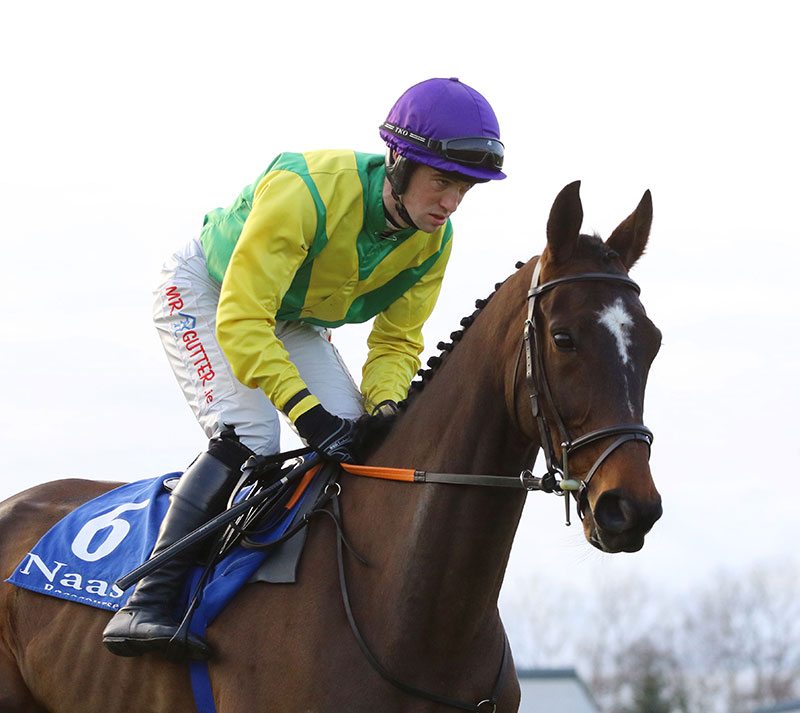 Trainer Gordon Elliott is responsible for five of the 33 horses that remain in contention for this Sunday’s €100,000 Grade A, Download the Ladbrokes Exchange App Leinster National at Naas. Elliott’s Roi Des Francs tops the weights for the richest ever steeplechase to take place at Naas and the Thyestes Chase runner-up, Ucello Conti, is also set to take his chance for Elliott.

Last year’s winner Venitien De Mai remains in the lineup following the five-day entry stage and his trainer Jim Dreaper, who saddled a 1-2 in the race 12-months ago, has also got Sizing Coal in the field.

Trainer Jim Dreaper said; “The Leinster National proved to be a very good race for us last year and hopefully we might get something similar this year! Venetian De Mai liked it there last year and may run again but is also in the Kim Muir at Cheltenham so Sizing Coal might represent us at Naas this year. When he is on song the ground doesn’t seem to matter to him.”

Willie Mullins won the race with Ballytrim in 2010 and Sambremont, Rolly Baby, Daisy’s Gift and New Kid In Town are his contenders for Sunday’s renewal, while Noel Meade could also have a strong hand in the race. Noel Meade said; “I haven’t fully decided what I will run yet but Bonny Kate will probably go. She ran well in the National Trial at Punchestown and the heavier the ground the better for her. Texas Jack is a probable runner and Measureofmydreams is in there too.”

The rapidly improving Yaha Fizz will look to extend his winning sequence to four on the bounce in the Irish Racing Writers Kingsfurze Novice Hurdle on the same card, while the improving Ball D’Arc is among the entires for the Grade 3 Naas Directors Plate.

The first race on Sunday is 2.10 and the gates are open from 12.45. The ground is currently soft to heavy and rain is expected later today. For more information on the Ladbrokes Exchange Leinster National race day visit www.naasracecourse.com.