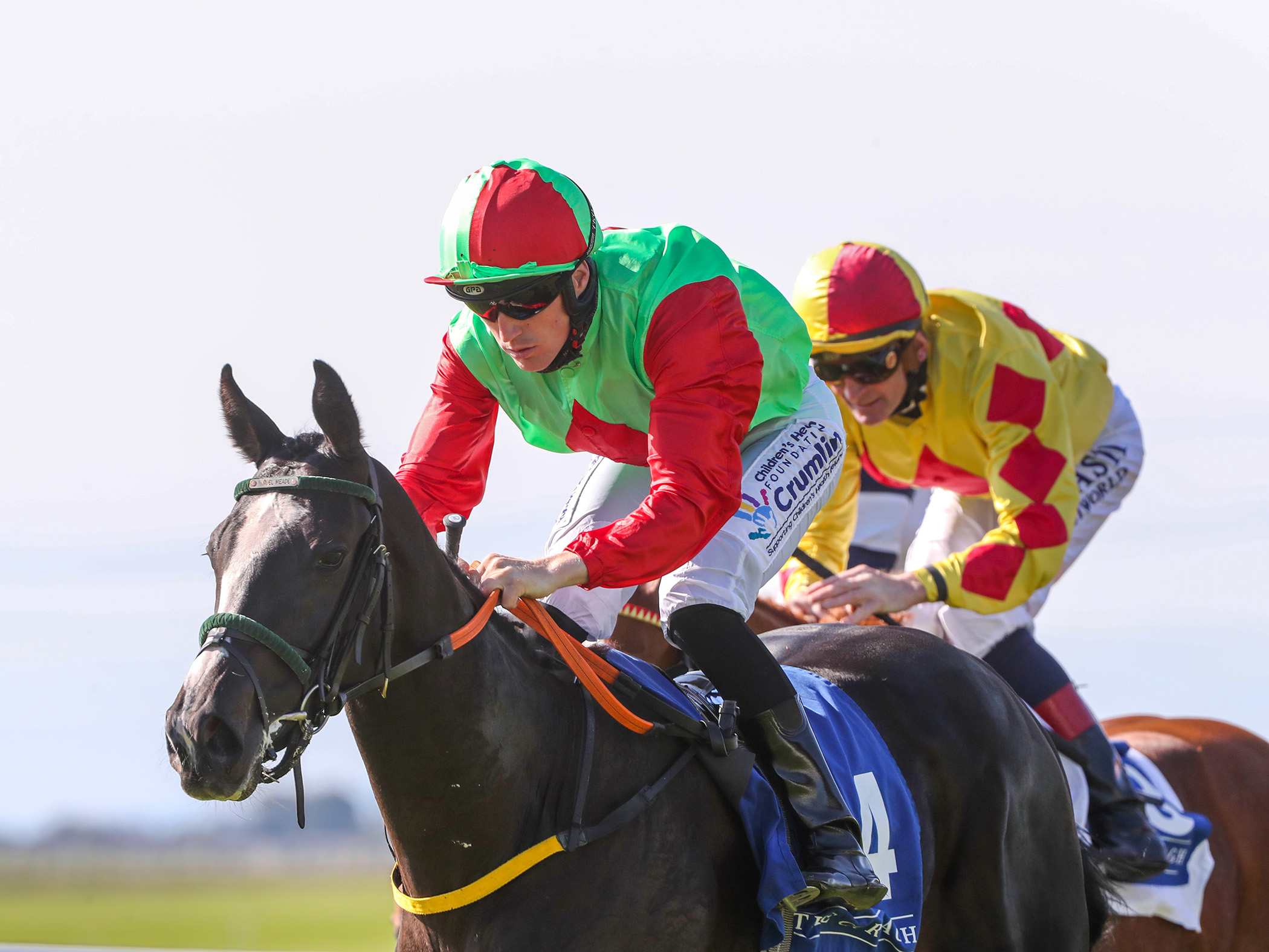 Naas Racecourse has attracted notable interest from British-based trainers as a limited number of racegoers are set to return to the County Kildare track on Wednesday with tickets now on sale for the card which features the Yeomanstown Stud Irish EBF Stakes and the Arqana Irish EBF Marwell Stakes.

A 23-strong entry for the Yeomanstown Stud Irish EBF Stakes with Dickiedooda, Friendly, Romantic Proposal and Elysium all already rated over 100 with the latter ready to return to action for the first time this season according to trainer Noel Meade.

Elysium won the Group 3 Weld Park Stakes at the Curragh last season and is ready to make her seasonal return in the new ownership of George Strawbridge and the daughter of Belardo got a glowing reference from champion jockey Colin Keane recently.

“We just had a little bit of a setback early on with an infection and we didn’t get a chance to run her,” reported Meade.

“She’s now ready to run and she has a choice of the Listed Yeomanstown Stud Irish EBF Stakes at Naas or a race in Ascot on the Friday. It will depend on what the races look like and the ground looks like.

“She will definitely run next week so we have given her the entry for Naas.

“It is very exciting to be getting Elysium back out as she is a talented filly. It’s been annoying but we think we have her back on track. Colin Keane rode her in work the other day and he was very happy with her.”

Richard Fahey is no stranger to bringing runners to Naas and Ventura Diamond is his possible representative, while Tom Ward has included Mishal Star.

Joseph O’Brien is likely to be well represented in both feature races next week at Naas. The trainer, who recently surpassed 800 winners since changing careers, has Camdeboo and Russian River in the Yeomanstown Stud Irish EBF Stakes.

Recent Fairyhouse winner Pennine Hills is set to make a relatively quick return and is one 11 fillies to have a win under their belt among the 18 entries for the Arqana Irish EBF Marwell Stakes.

“Pennine Hills is an intended runner in the Listed Arqana Irish EBF Marwell Stakes. She won her maiden at Fairyhouse last week well and like the other two fillies, Camdeboo and Russian River, we are hoping to get some black type with her,” O’Brien continued.

“They all should enjoy the track at Naas and it looks like with the good weather forecast that it will be beautiful ground.”

Possible British-trained interest comes from the Robert Cowell-trained duo of Angle Land and Dreams Of Thunder, while Karl Burke has also made two entries with Illustrating and Sophie’s Star.

Naas Racecourse are eagerly anticipating the return of crowds to the 2019 Racecourse of the Year for the first time since March 2020 and €10 from each ticket sold will be donated to Barretstown.

The evening fixture also features the Sean Barrett Bloodstock Insurances Handicap and the O’Neill & Co. Apprentice Handicap with the action due off at 4.15pm. A limited number of ticket are on sale at naasracecourse.com.

Eamonn McEvoy, Racecourse Manager, said: "We are really looking forward to welcoming the general public back to Naas Racecourse for the first time since March last year. I think everyone can look forward to a smashing card with quality horses on show and I would also like to thank all our sponsors for their continued support. From local sponsors Yeomanstown and O'Neill & Co. to Sean Barrett Bloodstock Insurances and the Irish EBF all the way to Arqana who are back at Naas for a second year, the support is invaluable."