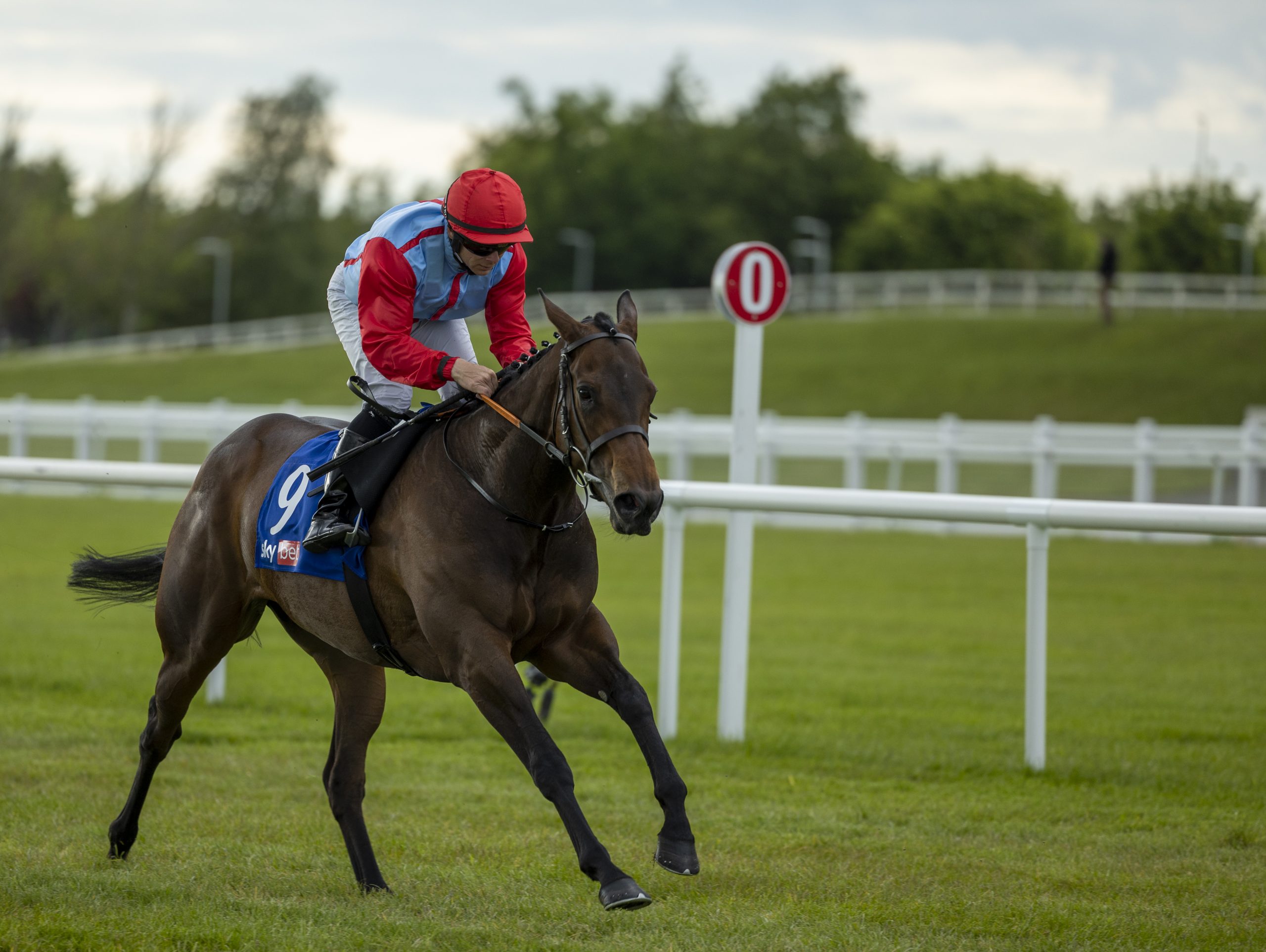 A strong field of 11 runners will go to post for Sunday’s Group 3 Tally-Ho Stud Irish EBF Ballyogan Stakes at Naas.
A considerable British representation will travel to the Kildare venue for the €80,000 contest which was won in 2020 by the Group 1 winner Millisle.

Heading the overseas runners is the 104-rated pair of Adaay To Remember, from the Patrick Owens yard, and Clive Cox’s Benefit. In total, four British-trained runners make the trip with David Loughnane’s Hello You and the William Haggas-trained Perfect News also declared.
Adaay To Remember was narrowly defeated in Group 3 company last time out and Galway native Owens is excited about saddling a rare runner on Irish shores.

“Adaay To Remember is a very lightly-raced filly. She was a very immature yearling so we didn’t run her at two so all her races have been calculated and her campaign has been mapped out strategically in order to do what’s best for her,” Owens said today.

“Ground-wise she’s pretty versatile. She was second first time up on soft to heavy, so whatever the ground is, please God, won’t be a concern. Hopefully she’ll like the track and she’s coming into the race in very good form.

“I’m from Galway city originally and to have a runner back at home, especially in a group race is very exciting.

“The race hopefully suits – that’s the plan that it’s the right race! We’ll travel over this evening, hopefully get her settled in tomorrow at Naas. Louis Steward our stable jockey, will be flying in to ride her. He knows her extremely well, does all her home work on her and she’s going into it in good form so fingers’ crossed for a good run.”

The Johnny Feane-trained Ano Syra and the Ger Lyons duo Sacred Bridge and Pirate Jenny have previously graced the winner’s enclosure at Naas and another dual course and distance victor is Sablonne, who is twice a Naas winner and represents Jessica Harrington and Shane Foley, who previously won the race with Millisle in 2020.
Sablonne was narrowly denied a third Naas win last time out when second in the Yeomanstown Stakes to the reopposing Pirate Jenny, with Sacred Bridge back in third.
Kate Harrington, assistant to her mother at Commonstown, said of the Kirsten Rausing-owned filly: “We’ve been happy with Sablonne since her last run. All her wins have come at Naas and she was just denied the last day by Pirate Jenny. We’re hopeful she can run a big race.

“She’s got to step forward again. It was three-year-olds only the last day and she goes in against the older fillies this time such as Teresa Mendoza, who sets a good standard but we hope she is capable of doing so.”

The Tally-Ho Stud Irish EBF Ballyogan Stakes provides a free entry to the winner to the Group 1 Flying Five Stakes on Longines Irish Champions Weekend and that could be on the agenda for the Johnny Feane-trained Ano Syra. The daughter of Kodiac won the Rockingham at The Curragh and is a Naas winner from earlier in the season and was also fourth in the Yeomanstown Stakes at this venue.

“She’s in good form,” Feane reported this morning. “She ran a cracker the last day up The Curragh to be second to Go Bears Go and came out of it well. She’s got a good chance on that basis and seems to be still going in the right direction. Hopefully she’ll run another big race.”

Tally-Ho Stud are long-standing sponsors at Naas and have extended the partnership by becoming title sponsors of the Tally-Ho Stud Irish EBF Ballyogan Stakes and also supporting the Inns Of Court At Tally-Ho Handicap. Thanks to the support of Tally-Ho and the Irish EBF the prize money for Sunday’s feature has increased by 60 per cent.
Wesco Electrical celebrate their 50th anniversary at Naas on Sunday and five runners go to post for their rated race, which includes the impressive debut winner Goodie Two Shoes for Joseph O’Brien.

In all, there are seven races, with the horses going to post for the opening Irish EBF Median Sires Series Fillies’ Maiden at 2.30pm.
The Family Fun Day promises free activities such as bouncy castles, bungee trampolines, face painting, magic show and more. Family admission for 2 adults with kids €25 at naasracecourse.com.