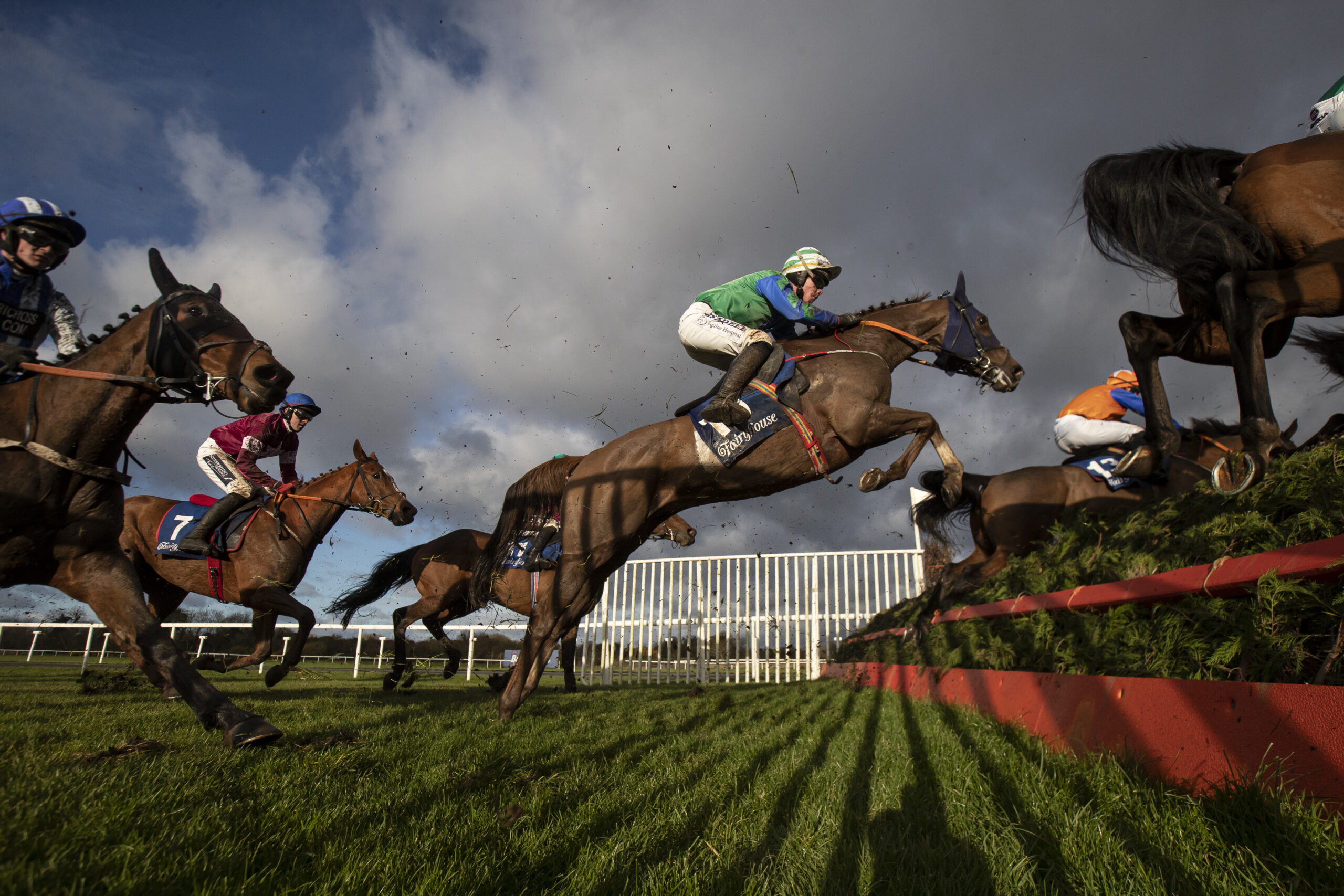 Grade 1 performer Ronald Pump will make a return to fences for Sunday’s quality renewal of the BARONERACING.COM Leinster National at Naas.

The field is headed by Thyestes Chase runner-up Franco De Port who is one of three Willie Mullins runners in the race with Class Conti and Stones And Roses completing the champion trainer’s team.

Last year’s winner Scoir Mear returns again for Tom Mullins and owner JP McManus with the famous green and gold colours also being carried Champagne Platinum and Alfa Mix.
A dozen runners will face the starter for the €100,000 contest with the Gigginstown House-owned trio of Diol Ker, Defi Bleu and Torygraph all at the lighter end of the weights.

Classy mare Darrens Hope could give trainer Robert Murphy a career highlight while previous Naas winner Stormy Judge is going to be an interesting runner for trainer Pat Fahy.
Looking ahead to the weekend and returning Ronald Pump to the larger obstacles with the talented Sam Ewing in the plate, trainer Matthew Smith is excited at tackling the big prize.

“Ronald Pump is in good order,” said Smith. “We said we'd try a change of plan with him and go back over fences. He had a few hard races early on and they might have left a bit of a mark in subsequent races, so we said we'd give this a go and see what happens.
"We have done a lot of schooling with him over fences and he's jumping well. I'd be happy with him in that regard and that he seems in good form.

"We'll see what happens. It's a big race with a lovely pot and he's hopefully on a nice mark. He had some nice enough form over fences too before we went back hurdling with him and he ran so well in the Stayers' Hurdle and a couple of Hattons Graces. Hopefully we can see that spark back in him again on Sunday and if we do, he'll hopefully run a nice race."

Elsewhere on the Naas card, the exciting Gypsy Island makes her much anticipated return to action after a 311 day layoff when she extended her winning record to five from just six starts. Peter Fahey’s charge takes on the unbeaten two-time winner Vina Ardanza for Gordon Elliott and Davy Russell in the Grade 3 Bar One Racing Kingsfurze Novice Hurdle.

Little splits Lifetime Ambition and Jeremys Flame on official ratings in the Bar One Directors Plate Novice Chase. The other Grade 3 on the card has attracted six runners with Delvino and Presenting Bonnie chasing important black-type against other rivals Tullyhogue Fort and West Cork Wildway.

Royal Ascot clues in plentiful supply at Naas this weekend