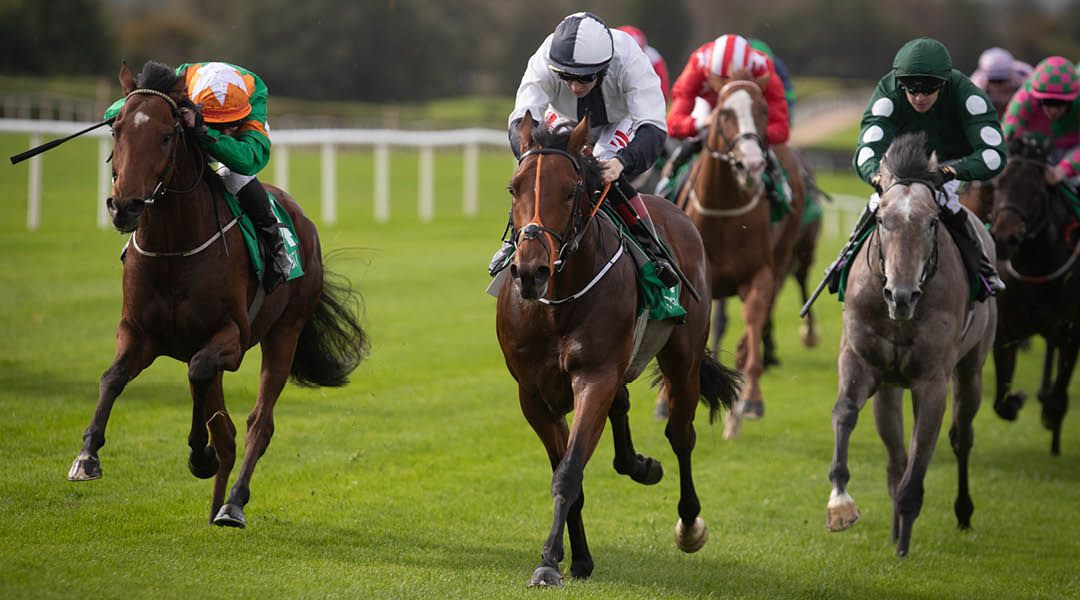 Smith aiming for the stars with Flaming Moon

Trainer Matthew Smith is hoping that his first ever two-year-old winner. Flaming Moon, can make it a season to remember by landing Ireland's most prestigious nursery, the Tally-Ho Stud Irish EBF Birdcatcher, at Naas on Sunday.

Flaming Moon won at the second time of asking when taking a Navan maiden earlier this month and the son of Born To Sea will face eight rivals in Sunday's €50,000 contest.

Topping the weights in the Tally-Ho Stud Irish EBF Birdcatcher is the Aidan O'Brien-trained Mount Fuji, while Johnny Murtagh is double handed with Champers Elysees and Koolasice in what looks a very competitive renewal.

Jessica Harrington is eyeing up another big juvenile prize with For The Trees her representative in the feature race, while course winner Not Now Zeb takes his chance with a light weight for Tom Mullins.

The Birdcatcher field is completed by the Joseph O'Brien-trained Latin Five, Michael O'Callaghan's My Friend Stan and In From The Cold for Michael Mulvany.

Speaking on Friday morning Smith said of Flaming Moon: "Flaming Moon came out of his Navan race in good form and we are hoping for a good run.

"We think a lot of him and we think he is a nice horse and I'm hoping he can show that at Naas on Sunday. He has a nice light weight and it's a very competitive race but he is a versatile horse who seems to go on any ground and hopefully he can run well."

Smith also has the admirable Warnaq contesting the Irish Stallion Farms EBF Bluebell Stakes which has attracted a 12-strong field.

The five-year-old has the services of Colin Keane in the saddle and is returning to Naas where she has won twice in the past.

"Warnaq seems to love Naas, the ground will suit her and the trip should suit her so fingers crossed she can get her head in front in a listed race," Smith added.

"She has been close enough in listed races in Galway and Cork and she's back to a track she likes now so we'd he hoping for a big run."

Warnaq will face stiff opposition from the two-time winner Loveisthehighlaw who aims to maintain her unbeaten record for Paddy Twomey, while the Aidan O'Brien-trained Simply Beautiful is another notable inclusion.

Cox will saddle Shepherd Market in the valuable one mile contest, while Iconic Choice is Dascombe's runner in a race which also features the Jessica Harrington-trained Trethias who, with a rating of 103, is the highest rated runner in the 14 runner field.

A packed eight race card at Naas begins at 1.15pm on Sunday with further details available at naasracecourse.com