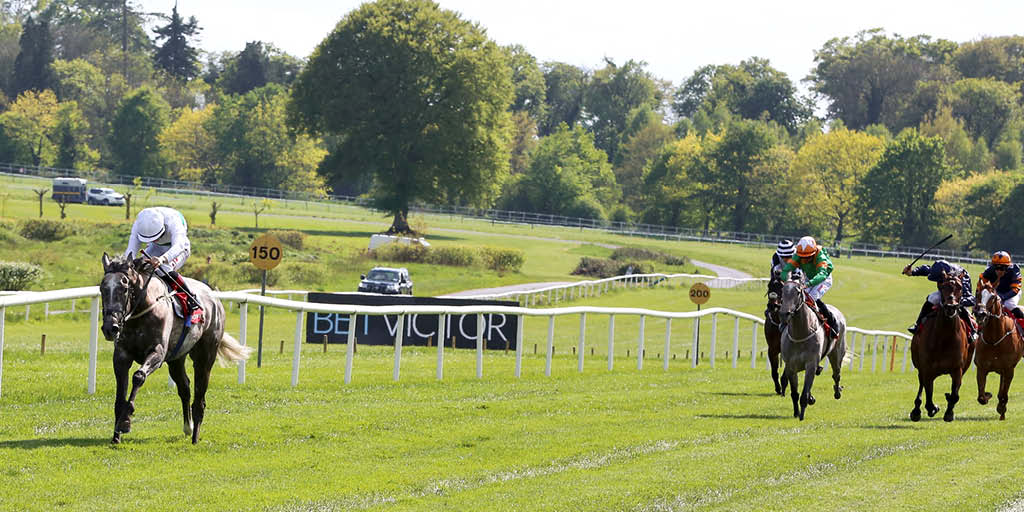 The Group 3 Irish National Stud Racing EBF Blue Wind Stakes returns to Naas on Saturday and has attracted a sixteen-strong field for the mile and a quarter contest.

The Ger Lyons-trained Who’s Steph is a notable inclusion following her impressive victory at Gowran Park on Sunday and she is the highest rated in the potential field with an official rating of 108.

British-trained representatives Magnolia Springs and Queen Of Time have been left in the Blue Wind Stakes by trainers Eve Johnson Houghton and Henry Candy respectively to add some further intrigue to the race.

Aidan O’Brien has a typically strong hand in the race with eight of the entries trained in Ballydoyle but the highly rated Peach Tree is likely to be his main representative. O’Brien suggested that he is aiming at a potential Classic campaign with the daughter of Galileo.

“The plan is to go to Naas with Peach Tree. She’s ready to start off. She's a good filly who won her Stakes race nicely at Navan at the end of last season and we are going to start her off on Saturday with a view to going down the Oaks route with her,” said the champion trainer.

Saturday at Naas is also being billed as Family Fun Day and as title sponsors on the card The Irish National Stud will also be showcasing some Living Legends on the day with Hurricane Fly and Irish Grand National winner Thunder And Roses set to parade just before the big race at 3pm.

Family admission tickets are just €20.00 when purchased online and we have lots of FREE entertainment on the day including petting farm, pony rides, cartoon characters, bouncy castles, playground and an onsite creche. Kids entertainment on day will take place from 1.00pm – 4.00pm.