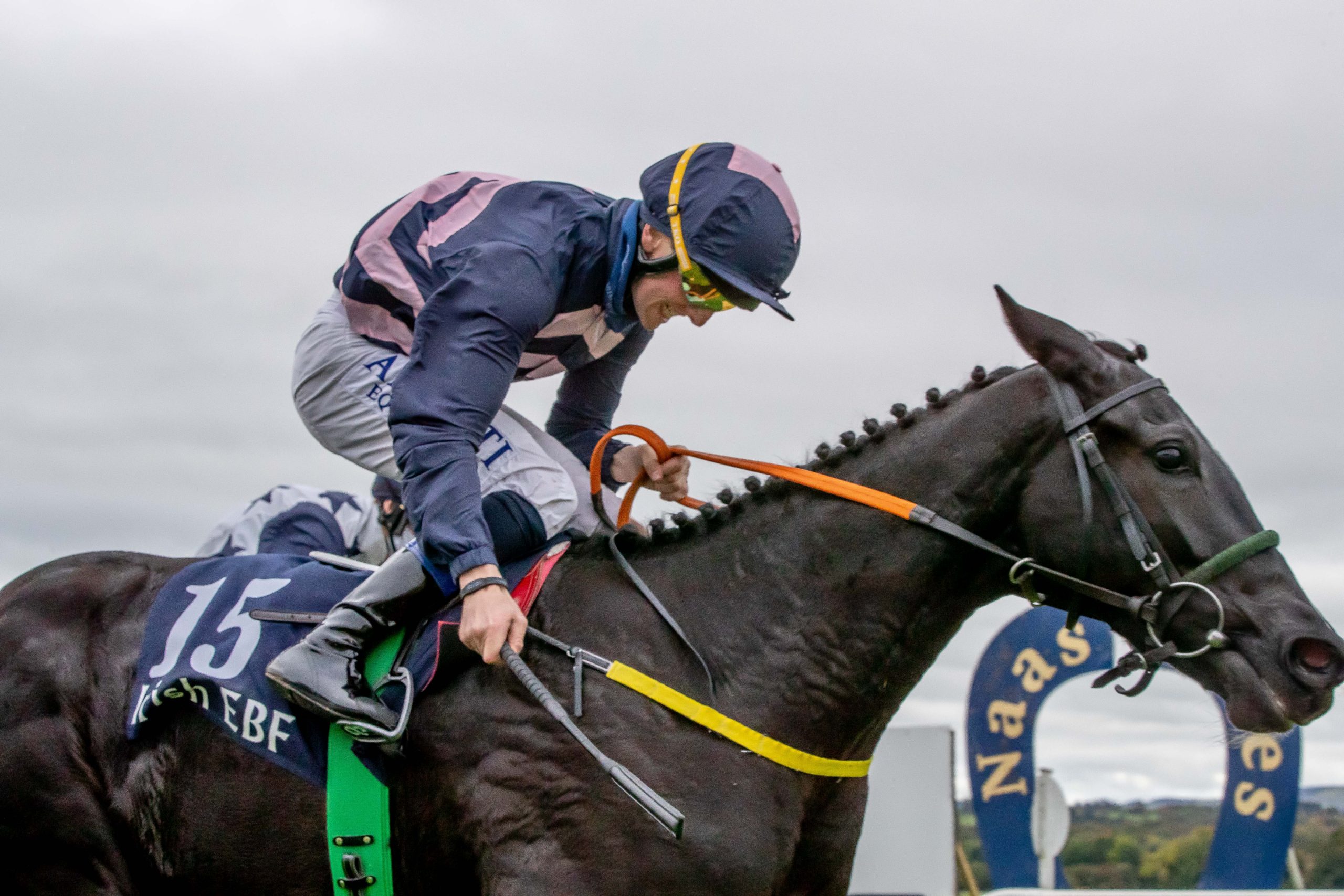 Six in the mix for Meade in pursuit of more €120,000 Irish EBF Auction Series Final glory

On the eve of the all-important yearling sales, 44 horses have been given an entry for the hugely successful Irish EBF Auction Series Race Final at Naas on 16th October.

Since its inception in 2015, the Irish EBF Auction Series has gone from strength to strength with Ireland’s largest sponsor, Irish EBF the constant driving force. Open to EBF eligible two-year-olds bought at auction for €72,000 or less, it boasts 26 qualifying races with weight allowances for lesser-priced entrants, two finals and a total prize fund of €725,000.

This provides a massive opportunity for connections purchasing horses at a competitive price to run for enhanced prize money right through the season, culminating this year in the €120,000 final.

Noel Meade is a prominent supporter of the series and has included six entries, with Hasten Slowly, a €17,000 purchase that won a series maiden at Leopardstown in August among them. Meade won the Irish EBF Auction Series Race Final with Lady Of Inishfree last year and is hoping lightning will strike twice.

“It’s a great initiative for people to buy horses at a lower level and with the yearling sales coming up, with the prize money so good, you’ll always go back and buy a few more again to run them in those races,” said Meade.
“We’ve turned over a few of them as well and that will help us to hopefully buy a few more. The way bloodstock is at the moment, it’s a hot commodity to deal in but at least with Flat horses, there is a worldwide market.

“I have six entered in the Irish EBF Auction Series Final. We’ll be keeping all the balls in the air at this point and make decisions on them closer to the time. I think the races this year were the best yet, the most competitive. I don’t think there were any easy touches. The prize money is good though and that encourages owners to buy again.

“It was great to win the final last year. Lady Of Inishfree has been disappointing but we’re hoping we’ll get her back to her best. Layfayette was beaten a short head in the final in 2019, after winning his auction maiden at Navan and he has turned out to be a very good horse.”

Joe Foley, Irish EBF Chairman commented: “The Irish EBF Auction Series and the Irish EBF Median Sires Series have proved to be great additions to the Irish Racing Programme. These series races have progressively become an important part of the two-year-old scene in Ireland, with good horses coming through the series winning significant prize money, increasing their value and getting sold on. All this leads to connections reinvesting in yearlings, which is what the series was initially set up to achieve.”

There are countless examples of the calibre emanating from the series and Meade has sourced plenty of them. A €4,000 purchase at the Tattersalls Ireland September Sale in 2018 before the boss of Tu Va Stables acquired him at the Tattersalls Ireland Goresbridge Breeze-Ups the following May for €54,000, 2019 series graduate Layfayette has won seven times, including twice at group level this season.

Elysium is another Meade Irish EBF graduate to have won a group race but Helvic Dream is Meade’s standout alumnus, providing him with a first ever Group 1 in the Tattersalls Gold Cup in 2021, having been bought for €12,000 in 2018.
Helvic Dream won an Irish EBF Auction Series maiden at Roscommon in 2019 and returned to that venue to bag an Irish EBF Median Auction Race, with another future Group 1 victor, the Johnny Murtagh-trained Champers Elysees four and three-quarter lengths back in second.

The Ken Condon-trained Laws Of Indices is yet another high-class graduate, acquired for €8,000 at the Goffs Autumn Sale in 2019 and Group 1 winner two years later.
First prize in the final this year is €70,800 and there is prize money down to sixth place. Nine of those left standing have already won races in the series and bagged at least €12,000 in prize money.
Among the winners that have Naas as an option, Winemaker only cost €3,000 and obliged at the Kildare track for Jimmy Coogan back in August, while Leopardstown winner Montesilvano also cost just €3,000 and the subsequent Group 3-placed colt is one of seven entries for Joseph O’Brien. O’Brien’s Roaring Gallagher triumphed in the Bellewstown leg of the series, while Jessica Harrington has also bagged two races so far. Panic Alarm won at Down Royal earlier this month before Executive Decision delivered the following day. The Harrington pair were bought for £18,000 each.
The Andy Oliver-trained As It Was cost just £8,000 and was successful at Navan, while other winners that could be Naas-bound are the Paddy Twomey-trained Impact Warrior, who prevailed at Roscommon in August, and Eddie and Patrick Harty’s Galway Festival scorer, Evening’s Empire.

The Irish EBF Auction Series is part of Irish EBF’s designated programme to incentivise activity at all levels of the yearling sales and provide opportunities for two-year-olds bought in the lower-to-medium range to run for a staggering €1.65 million in prize money.

Included in that programme is the Irish EBF Median Sires Series, which began in 2020 and is open to two-year-olds by sires with an established median auction price of no more than €75,000 and boasts a prize fund of €625,000. There are 26 races, with weight allowances for two-year-olds by a sire with a lesser median price.

The €300,000 Irish EBF Ballyhane Stakes is the showcase for the Median Sires Series and is run at Naas on the August Bank Holiday, the richest race to be run at Naas.

All are sure to be in the minds of buyers flocking to the sales rings in the weeks and months ahead.