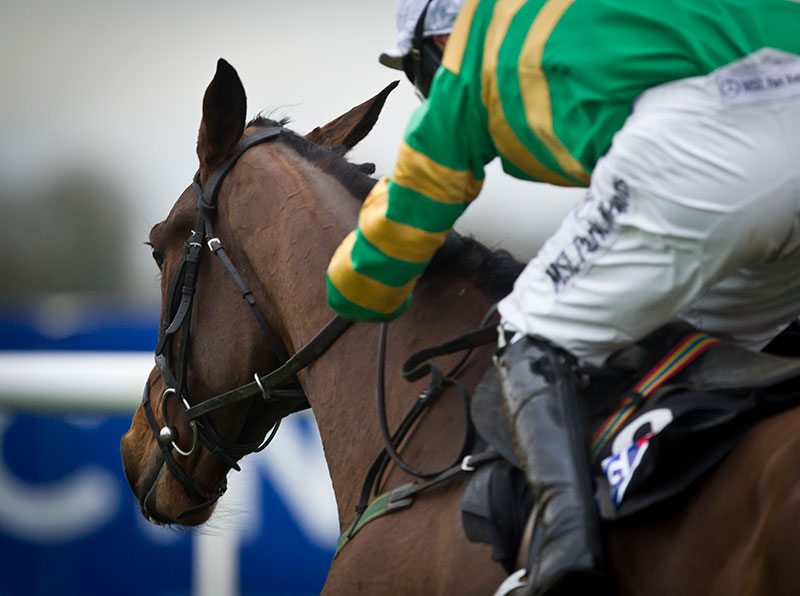 Any Second Now to put unbeaten record on the line

A field of seven have been declared for the Grade 2 Paddy Power Onside App Novice Hurdle headed by the Ted Walsh-trained Any Second Now who will look to extend his unbeaten on Paddy Power Festival Trial’s Day at Naas Racecourse on Sunday.

Noel Meade’s Leopardstown Maiden Hurdle winner Joey Sasa and the Henry de Bromhead duo of Conrad Hastings and Peace News are also due to line up in the €46,500 contest which has been previously won by horses like Go Native, Annie Power and Ball D’arc.

Gordon Elliott is represented by the talented Labaik who is a two time winner over hurdles but refused to race on his last two outings.

Elliott said; “Labaik runs at Naas and he’s in good form at home so please God, he’ll be able to produce that on Sunday. He’s a very talented horse and we wouldn’t have too many like him at home but he does have his own views about things and it’s obviously frustrating to have a horse with his ability who didn’t want to start his races. We’ve tried a few things with him and he was out hunting this week so hopefully he’ll go with them and we’ll see what happens.

Henry de Bromhead has won the Grade 3 We Show All Live Racing Chase three times in the last four years with Days Hotel but this weekend the Waterford-based trainer will try to win the race with Alisier D’irlande.

Grade 1 winner Clarcam is the highest rated entry in the field and Gordon Elliott will be hoping he can go one better than his effort behind Ballycasey at Gowran Park last weekend.

“Clarcam takes his racing well and he ran well last weekend so we said we’d let him take his chance at Naas again on Sunday as it’s a nice prize,” Elliott added.