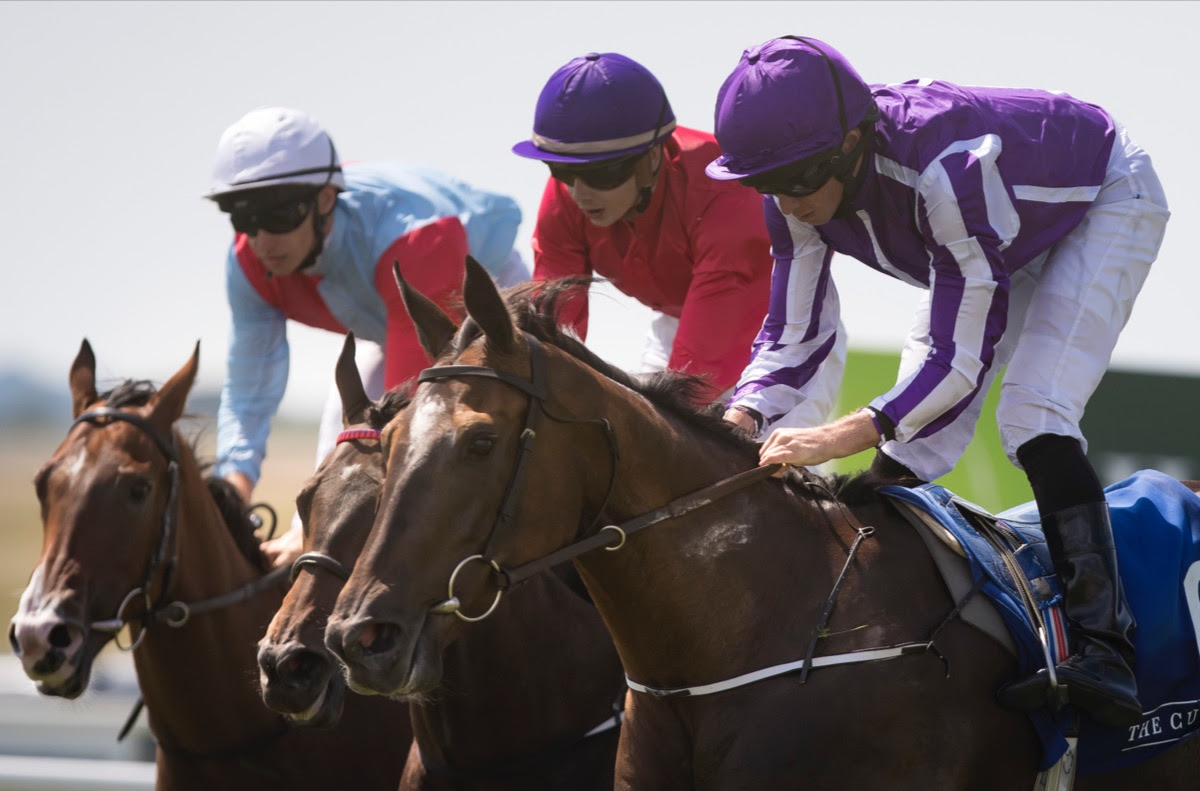 Royal Ascot clues are sure to be on offer at Naas Racecourse on Sunday with four pattern races down for decision, including the Group 3 Goffs Lacken Stakes and the Group 3 Coolmore Stud EBF Fillies Sprint Stakes.

Aidan O'Brien's highly rated filly So Perfect is set to have her first start in Ireland this season when lining up in the Goffs Lacken Stakes.

The well-travelled daughter of Scat Daddy was a winner of the Group 3 Grangecon Stakes last season and subsequently placed in Group 1 company.

Aidan O'Brien has won the last two renewals with Caravaggio and Sioux Nation and So Perfect is one of three entries the champion trainer has made for this renewal.

"So Perfect did really over the winter," O'Brien stated. "The plan is to run her at Naas on Sunday. She had a lovely run in the Fred Darling at Newbury at the start of the season and we are bringing her back to sprinting with a view to going to Naas before possibly heading for the Commonwealth Cup at Royal Ascot. We have also entered The Irish Rover and Western Frontier."

So Perfect's potential opposition is headed by the Ger Lyons-trained Inverleigh who was an impressive Listed winner at Navan already this season, while course and distance winner Flash Gordon is another likely runner for Jessica Harrington.

Group 2 winner Beckford is a fascinating entry on the card in the Listed Sole Power Sprint Stakes.

Beckford is now back in the care of Gordon Elliott having spent a season with trainer Brendan Walsh in America and he is among a list of 14 entries for the five-furlong contest.

Elliott said: "We've made an entry for Beckford and we'll take a look at it later in the week. It's good to have him back and he's been just getting back into our routine here again over the last couple of months. I'll speak with the owners and discuss the race but I'm happy with the horse and it might be a nice starting point for him again. He's a horse that gave us a couple of good days as a two-year-old."

The fifth winner in the race is Windham Belle who looks something of a bargain purchase now having been bought for €7,000 last September and has connections dreaming of Royal Ascot.

"She is a grand filly and it's great for her owner Carmel Delaney as this is her first horse," trainer Willie McCreery said. "I just don't think the ground suited her first time out at Naas. She is a filly that wants quick ground, which she'll get there this weekend. I couldn't be happier with her at home and I think the five-furlongs at Naas will really suit her. The horses are running well and long may it continue. We'll dream on for with Windham Belle for now anyway!"

Ger Lyons is another trainer enjoying a fine run of form at the moment and the Meath-based trainer has included impressive Naas maiden winner Prince Charter in the Group 3 Coolmore Stud Fillies Sprint Stakes. The race, which was won by Alpha Centauri two years ago, could also be the next port of call for Fozzy Stack's maiden winner Back To Brussels.

As well as welcoming members of the Ascot team to Naas on Sunday, the racecourse will also stage the very lucrative Summer Ladies Day with prizes totally in excess of €8,500 for the winner.

Broadcaster Lottie Ryan has been announced as the fashion judge for Best Dressed Lady which has a theme of 'Breaking The Mould'. The winner on Sunday will win an overnight stay with dinner in the Manor House at Palmerstown House Estate with 19 friends and a €1,000 shopping spree in Kildare Village.

Hospitality packages are available at naasracecourse.com with gates open 12.00pm and the first race due off at 1.35pm.