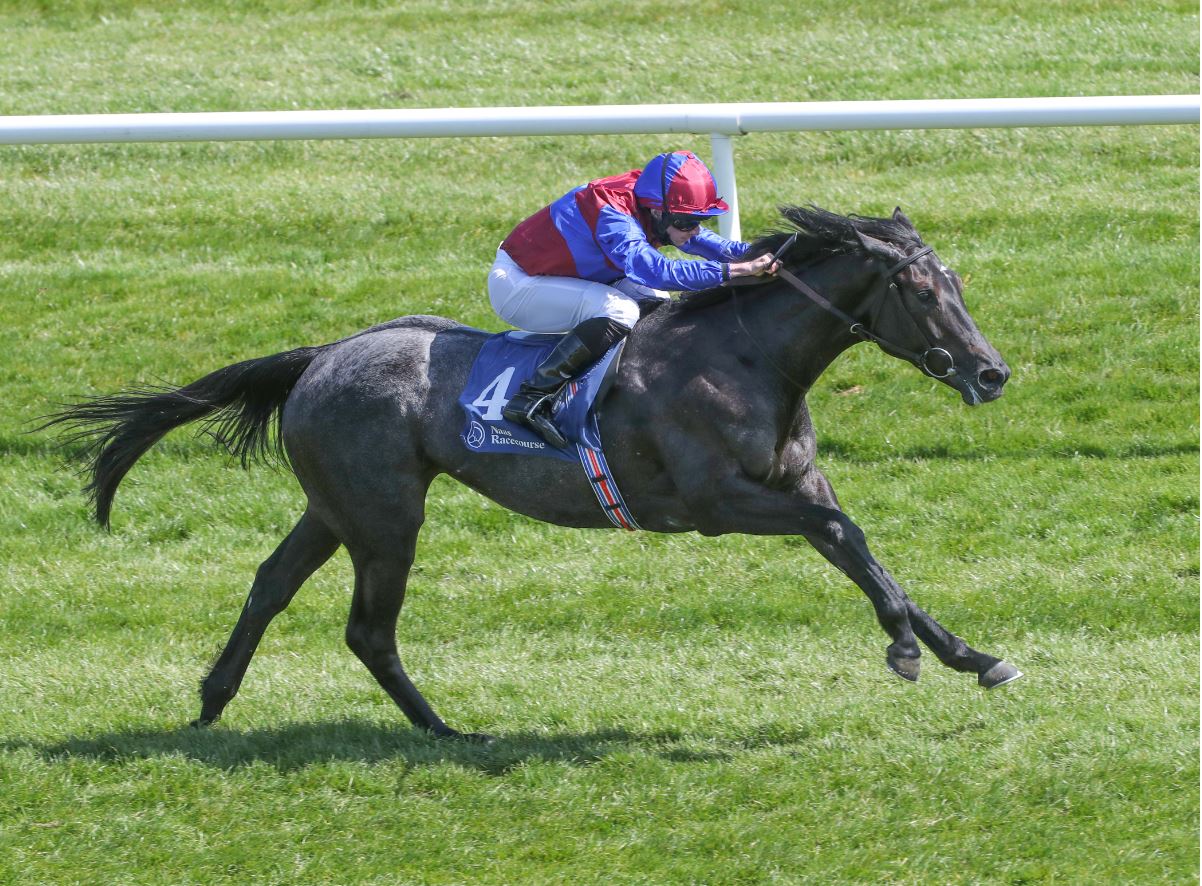 The daughter of Caravaggio is set to return to Naas for the Group 3 Coolmore Stud EBF Fillies Sprint Stakes which will be one of five high class races shown live on RTÉ.

Contarelli Chapel will face six rivals as she puts her Royal Ascot credentials to the test and O’Brien gave a positive update on the juvenile this morning.

“She seems in good form since winning at Naas,” the trainer reported. “She hasn’t done much obviously but we’re very happy with her since. This will tell us what our next option will be, whether that’s Royal Ascot or somewhere else but we are happy with her. Having won already in Naas is obviously a positive and we were delighted with her that day.”

O’Brien relies solely on Dundalk maiden winner Cadamosto for the Coolmore Stud Calyx Race over the minimum five furlongs. The son of No Nay Never was an impressive winner on debut last month and takes on five challengers on his first start on turf.

An intriguing runner in the Coolmore Stud Calyx Race is the Michael O’Callaghan-trained Twilight Jet who is a Breeze-Up Sale graduate having his first racecourse outing.

“Since we’ve got him, we’ve been very pleased with him. He came highly recommended from the usual source – Tally-Ho Stud’s Roger O’Callaghan. He’s a great attitude, with a bit of class and a lot of natural speed,” revealed the trainer.

All eyes will be on the £210,000 purchase to see if he can book a ticket to Royal Ascot next month. “We’re pitching him into a winner’s race because we think that’s the level he belongs in. He’s good and forward, very sharp, knows his job. Potentially, he may be a horse for Royal Ascot so we have to get him started sooner rather than later. I’m really looking forward to starting him but there’s no pressure on him. He’ll be ridden to run well and if he could go close that would be great.”

A field of 12 will face the starter for the Sole Power Sprint Stakes in which eight of the runners are rated 100 or higher. The race named after one of Ireland’s greatest ever sprinters and a dual Royal Ascot winner looks a fascinating renewal in which O’Callaghan’s promising colt Steel Bull will begin his three-year-old season.

“We’re very happy with Steel Bull,” said O’Callaghan. “About a month ago he had a touch of a temperature and he was a little bit sick so we just had to take our time with him. We were happy to do that so early in the season. As a three-year-old sprinter, and there not being a great programme for that type of horse over five furlongs in Ireland, he’s going to have to take on the older horses and we’re happy to feel our way with him.

“In the last ten days he has come forward very well. We’re very happy with him in his coat, the way he’s working and his attitude. He’s bouncing at home at the minute.

“Over the winter he’s developed very well, he’s strengthened up and grown a little bit. He looks like a horse who’s trained on and could potentially make it into a high-class sprinter in time.

“Whatever he does at the weekend is a bonus. The younger horses have to learn how to sprint against the older, hardened ones but all going well I’m hopeful of a nice run and fingers’ crossed it’ll be a stepping stone into bigger and better things later in the season. He’s going to be an out-and-out five-furlong sprinter. He’s very, very fast so we’re hopeful of a nice run with something to build on, but hopeful too that he’ll run a good race.”

Aidan O'Brien is double handed in the Goffs Lacken Stakes which has attracted nine declarations. O'Brien will saddle Giorgio Vasari and Lipizzaner in a field which includes recent Naas winner Mooneista for Jack Davison and the Aido McGuinness-trained A Case Of You.

“Lipizzaner was having his first run of the season at Navan and the winner, Measure Of Magic won at Cork last week but I would expect him to come forward from that and we’re looking forward to a good run. Giorgio Vasari is in good form but he wouldn't want too much rain.”

Course and distance winner Lustown Baba is one of the standout runners in the concluding Owenstown Stud Stakes while Njord and Admiral Nelson add plenty of depth to that contest.

In conjunction with Ascot Racecourse and Hannon Travel, Naas Racecourse are running a competition to win a trip to Royal Ascot in 2022. The prize will Include tickets to the Queen Anne Enclosure and a €500 voucher for Hannon Travel. Visit https://naasracecourse.com/competition/ to enter the competition.

Looking ahead to Sunday, Eamonn McEvoy, manager of Naas Racecourse said: "We are delighted to host such a competitive card of racing here on Sunday and thrilled that it will be showcased on RTÉ.  This is a very exciting card and declarations show that trainers really are using this day as their Royal Ascot prep.  We are thrilled to have Ascot Racecourse sponsor with us here on Sunday again along with our long standing Royal Ascot trials day sponsors in Coolmore Stud, Goffs, Owenstown Stud and the Lynam and Power families, their support is hugely valued and appreciated."