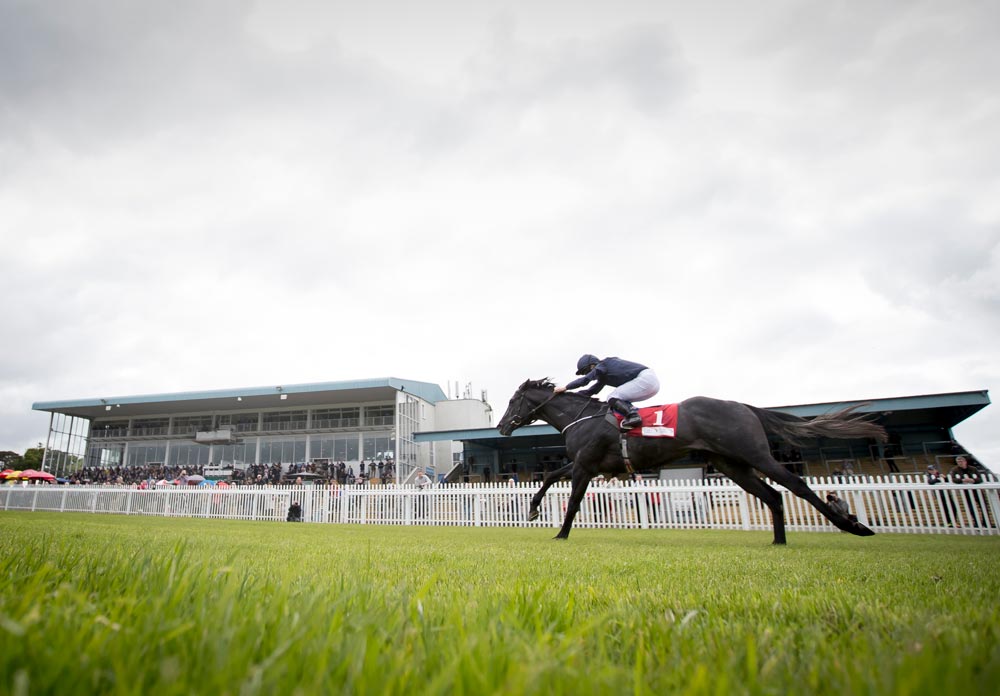 Group 1 winner Sioux Nation heads a strong list of entries for the Goffs Lacken Stakes at Naas this Sunday. The Aidan O’Brien-trained Royal Ascot winner is one of 14 entered for the Group 3 contest which was won last year by subsequent Royal Ascot winner Caravaggio.

The Goffs Lacken Stakes is the feature race on a potentially fascinating card and O’Brien has also included the highly rated Fleet Review among his quartet for the race, while recent Navan winner The Broghie Man is set to be upped in class again by Adrian Keatley following his Listed victory at Navan last month.

“We’ve been very happy with the horse since Navan and he has come on a tonne since that run,” said Keatley. “Gerald Mosse rode him work on nice ground at the Curragh last week and he was delighted with him after that so we are happy to take our chance and hopefully we’ll be there or thereabouts. I’d say a lot of people thought that we caught some of the horses off guard early in the season at Navan on heavy ground but we feel we have a nice horse that can go on nicer ground so we are looking forward to Sunday. He had his last breeze this morning and did it well so we are delighted with him.”

The Coolmore Stud EBF Fillies Sprint Stakes is also likely to determine some Royal Ascot plans as O’Brien’s recent course and distance winner Fairyland and Navan winner So Perfect are likely to step up in class against the Dundalk winning pair of Chicas Amigas and Scitter Scatter.

Last years winner Texas Rock could bid to repeat his success in the Owenstown Stud Stakes for Michael Grassick. The six-year-old could face opposition from Jessica Harrington’s pair of Brother Bear and Marshall Jennings, while Dermot Weld may give a seasonal debut to the talented three-year-old Riyazan.

Aside from sponsoring the feature race on the day, Goffs will be also be sponsoring the Owners & Trainers Lounge from this Sunday until 2021.  Henry Beeby, CEO of Goffs said: “We are looking forward to a great Royal Ascot trails day at Naas on Sunday and are delighted to see a strong entry for the Goffs Lacken Stakes.  The sponsorship coincides nicely with the sourcing of entries for the Goffs London Sale which takes place on the eve of Royal Ascot. On Sunday we also begin our sponsorship of the Goffs Owners & Trainers Lounge at Naas in the fantastic Circle building”.

There will be plenty of action off the track also, as Naas will host their Ladies Day in association with Kildare Village & Palmerstown House Estate. The winner and 19 friends or family will receive an overnight stay in the Palmerstown Manor and a €1,000 voucher for Kildare Village. TV personality Anna Daly will be on hand to judge the Ladies competition. The theme of the day is ‘A touch of Royal Ascot’ and those who enter will receive a complimentary glass of Pimms.  Admission tickets are €15 or visitwww.naasracecourse.com to find out more about their hospitality packages.

The first race goes to post at 2:05pm, Ladies Day registration opens from 1:00pm until 3:00pm and the Goffs Lacken Stakes goes to post at 4:15pm. To View full list of entries click here.