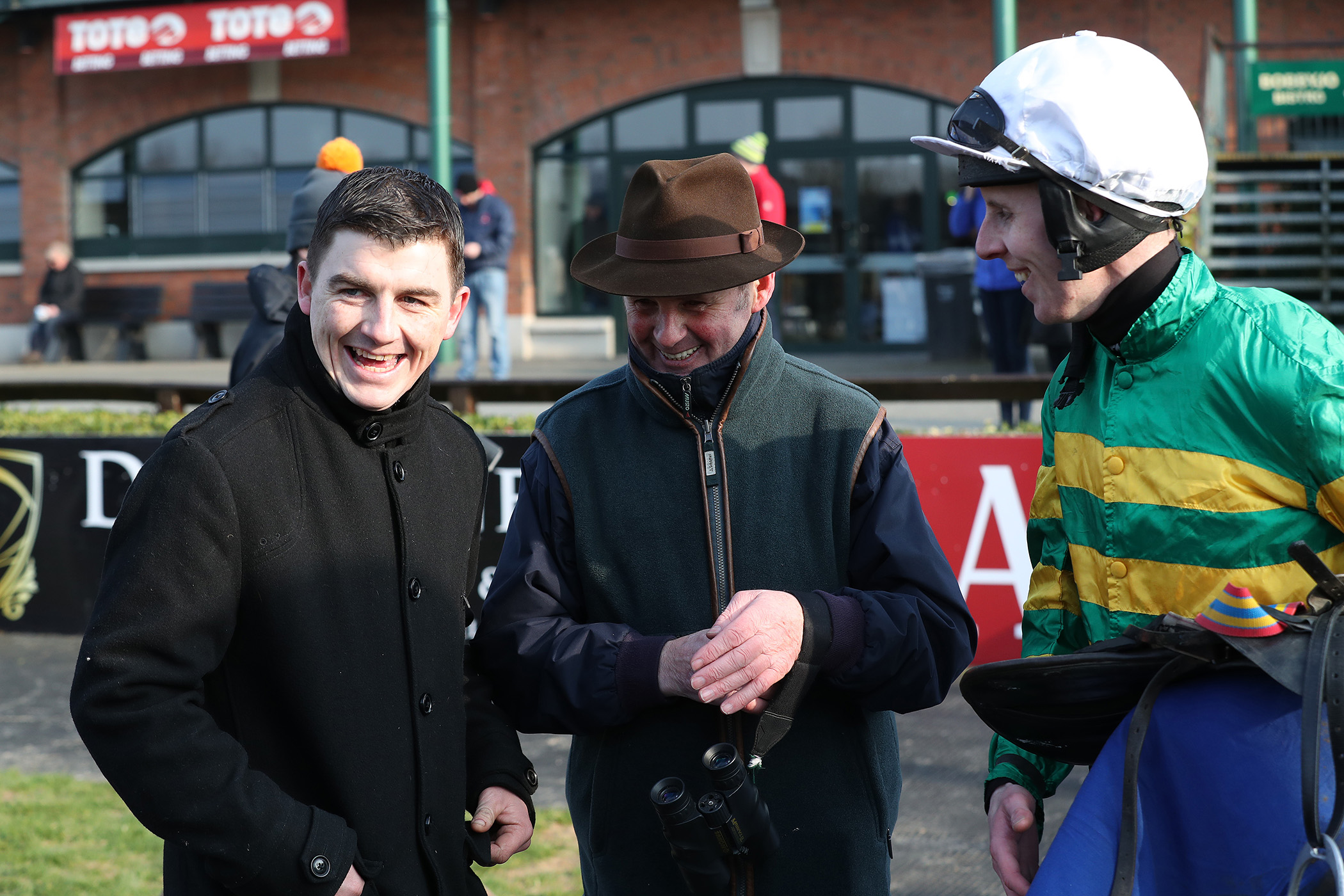 A field of 15 runners will contest the €100,000 MansionBet Leinster National at Naas on Sunday and among them is the rapidly improving Castle Oliver who will seek to complete a four-timer.

Padraig Roche’s stable star returns to Naas this weekend just a fortnight after claiming a €50,000 prize over two and a half miles and among his rivals on Sunday will be four runners from the stable of Gordon Elliott, including Irish Grand National winner General Principle.

Castle Oliver will be the mount of Mark Walsh and steps up to three miles for the first time, a prospect that doesn’t hold any concerns for his Curragh-based trainer.

“Castle Oliver seems to be improving the whole time, which is great to see, but he’ll have to improve again to be competitive in Sunday’s race,” Roche said on Friday morning.

“This is another big step forward for him but I’d be hopeful that the extra half a mile will bring about a bit more improvement again judging by the way he finished out his race at Naas the last day. You never know about the extra distance until you try it, but he seems in good form and it’s a nice prize to go for. He has gone up 30lbs since he started winning so it won’t be easy but he goes there in good form and he has a nice light weight on his back.”

The weights in the Leinster National are topped by the Willie Mullins-trained Chef Des Obeaux who will be joined in the race by stable companion Bonbon Au Miel who returns from a 725 day lay-off.

Also on Sunday’s quality pre-Cheltenham card, recent Grade 2 runner-up Beacon Edge will bid to go one better for trainer Noel Meade and Sean Flanagan in the Irish Racing Writers Kingsfurze Novice Hurdle having finished second to Jason The Militant at Naas a couple of weeks ago. A top class renewal of this race will also see fledging trainer Gearoid O’Loughlin hoping to post the biggest win of his career as Leopardstown maiden winner Cedarwood Road makes a return to action.

A seven race card at Naas on Sunday is due to start at 2.10pm and prior to that Naas Racecourse will also be recognising International Women’s Day with free admission for all ladies to racing. In addition, Naas will be hosting a special event Celebrating Women in Racing before racing. A panel of top female racing personalities including Trainer Jessica Harrington, Jockey Lisa O’Neill, Dr Jennifer Pugh and stable staff member Debbie Flavin will discuss their Challenges, Opportunities and Inspirations with Tamso Doyle, MC of the event.