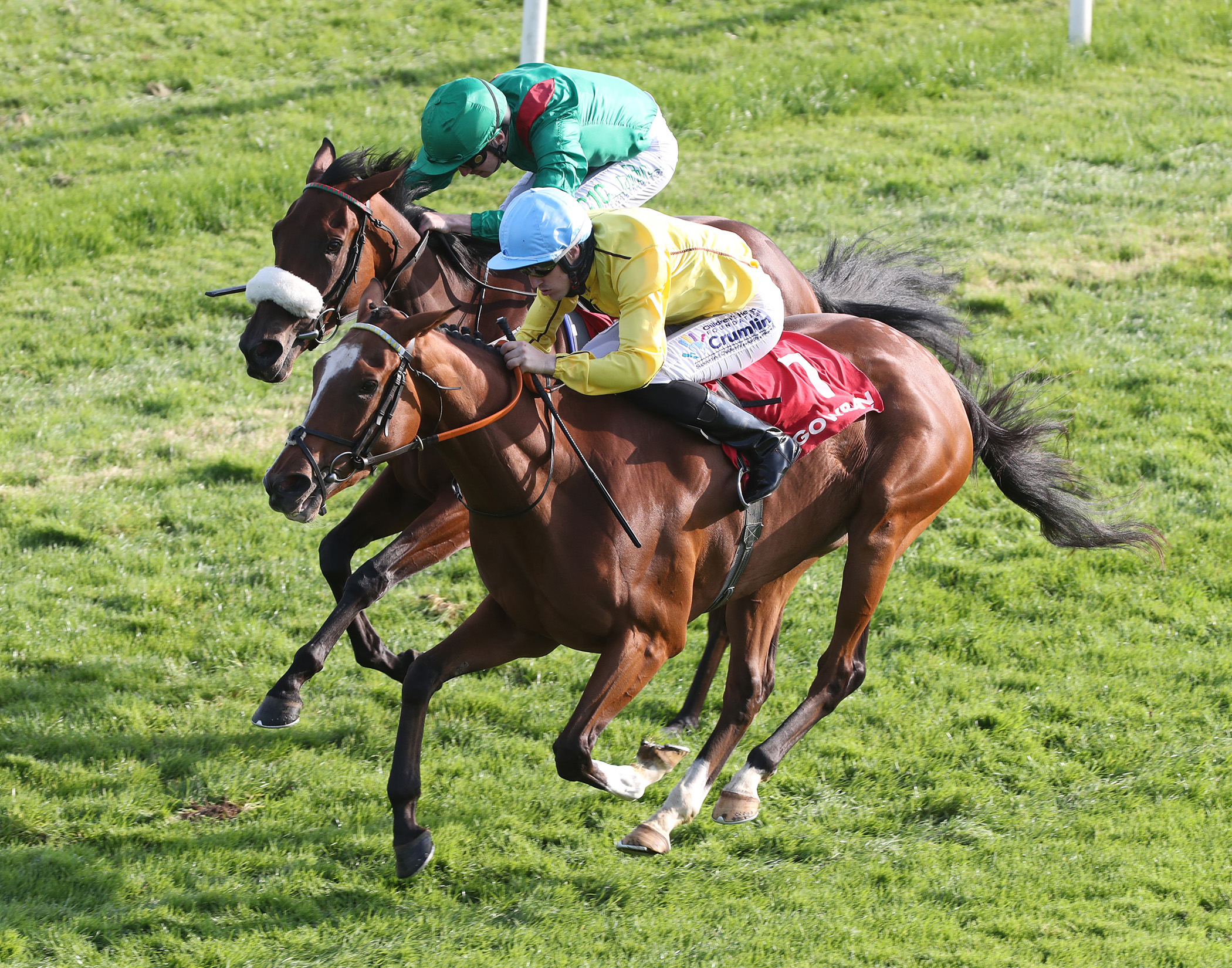 Return of the Flat at Naas could host some Classic contenders

Flat racing returns to Naas on Sunday for the first time this year with an intriguing field of 15 fillies standing their ground for the Group 3 Lodge Park Stud Irish EBF Express Stakes.

Another interesting horse left in at today's entry stage for the Group 3 Lodge Park Stud Irish EBF Express Stakes is the course and distance winner Parent's Prayer. Trained in Lambourn by Archie Watson, the daughter of Kingman was a very impressive winner of the Irish Stallion Farms EBF Garnet Stakes at Naas last October and appears in line for a return to the track.

Willie McCreery got his season off to a fine start when saddling Downforce to win a competitive handicap at the Curragh last Sunday and he may well have a strong team for Naas this weekend, including Epona Plays who is the highest rated of the entries this Sunday's feature race.

McCreery said: “This could be an ideal start for Epona Plays and you would be hoping that she continues to be competitive at Group 3 level at least.”

The Curragh-based trainer added: "She would carry top weight in the Group 3 Lodge Park Stud EBF Park Express Stakes with the Group 3 penalty but that would not be a problem. She’d go in any ground and it was good when she won the Group 3 Denny Cordell Lavarack & Lanwades Stud Stakes at Gowran Park last September but I just don't want it tacky like it’s after getting and a bit of rain would loosen it up a bit."

McCreery also hopes to have a strong candidate in the Plusvital Devoy Stakes with Up Helly Aa who has been a model of consistency having never finished out of the places in his seven starts. He is another horse that would appreciate some rain according to the trainer.

“I’m hoping the rain comes for the two of them because the ground is drying out very quickly but the plan is for them both to run. I just wouldn’t be disappointed if a bit of rain came," McCreery continued.

“He’s a five-year-old now but he still has to learn how to race. He hasn’t had many races and only done so in small fields. The more experience he gets the better for himself. Hopefully this year is a good year for him.

“Epona Plays and Up Helly Aa seem to have done well over the winter too. Of course like any horse at this time of the year, they will improve for the outing but they both worked this morning (Tuesday) and seem ready to run. It would be nice to build up a bit of momentum in the early part of the season and a winner of one of the two feature races at Naas would certainly help that as we look to have a good year.”

The Plusvital Devoy Stakes looks set to be ultra competitive with Aido McGuinness' Saltonstall among the entries following a recent fine run in Saudi Arabia, while Johnny Murtagh may give a seasonal debut to Sonnboyliston who progressed through the ranks last season.

As part of their continued support of Naas Racecourse and the Irish racing industry, this year will also see Plusvital extend that association as they will be providing an equine care pack to all grooms in-charge of the horse that is judged the Best Turned Out throughout Naas’ 2021 Flat season which will consist of a further 11 fixtures with a minimum of 92 races.

The TG4 cameras will also be returning to Naas this weekend to show more live action from the card which also features the Smooth Daddy At Compas Stallions Handicap over the minimum five furlongs. Compas Stallions will sponsor four races on the card in total and founder and owner of Compas Stallions, Micheál Orlandi will also recognise breeders by rewarding the winning breeder of each of his four sponsored races with a free nomination to the named stallions of the race.

The three handicap races and maiden race will be named after four stallions standing under the Compas Stallions banner including Cappella Sansevero, Smooth Daddy, Kuroshio and newest recruit at Compas Stallions Far Above.

Click here to see full entries for Naas this Sunday