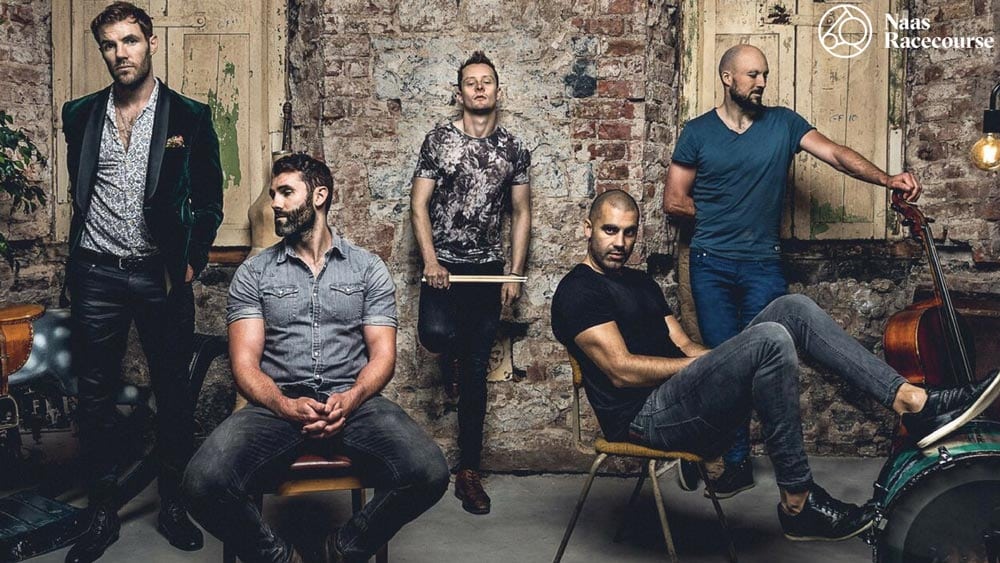 Racing,BBQ & Music Evenings to kick off at Naas this Wednesday with Hermitage Green performing live after racing

Naas Racecourse will to host their first of two Wednesday evening racemeetings this coming Wednesday 27th June, with Hermitage Green performing live after the last race.

Hailing from Limerick, Hermitage Green are an Irish Acoustic Folk Rock Band that have toured in numerous countries all over the world. The band have played alongside the likes of Gavin James, Walking On Cars and The Pogues.

Tom Ryan, Manager of Naas Racecourse said “ We are looking forward to an evening of Summer Racing featuring the Irish EBF Naas Oaks Trials, BBQ and music from Hermitage Green this Wednesday. We have a strong number booked for our BBQ Package and we have also introduced an additional Beer & Burger package for just €28 providing excellent value for money. The Summer Evenings provides the perfect opportunity to get a group of friends, family or work colleagues together to enjoy racing, music and great food.”

On the track the Irish EBF Naas Oaks Trial is a valuable Listed race which has attracted a strong entry. A total of 19 entries have been made for the 1m2f contest which include four unbeaten fillies, Dynabee, Espere, Hand On Heart and Romiyna and the highly rated Mary Tudor is another exciting inclusion in Wednesday’s feature race.

Trainer Fozzy Stack is hopeful that the €55,000 race will fit perfect into the schedule for his two-time winner Hand On Heart who has won on both outings this season. “We are looking at the Oaks Trial as a strong possibility for Hand On Heart” Stack said on Thursday afternoon. “She was a late foal but she is maturing all the time and hopefully she’ll keep improving. We’ve been pleased with her so far and she is two from two so this looks like a nice race for her although we will keep an eye on the ground as her two wins so far were on soft ground. If she was to win on Wednesday at Naas the Irish Oaks would certainly be something we would have to consider.”

Aidan O’Brien has a big hand in the race as he is responsible for eight of the potential runners including recent Naas winners Broadway and Darkness Falls.

The newly introduced ‘Beer & Burger package’ includes admission, gourmet burger, a beer and access to live music after racing for just €28 per person which can be purchased at www.naasracecourse.com. Racing will kick off at approximately 6.00pm, last race at 9.00pm and music will start at approx. 9:10pm.