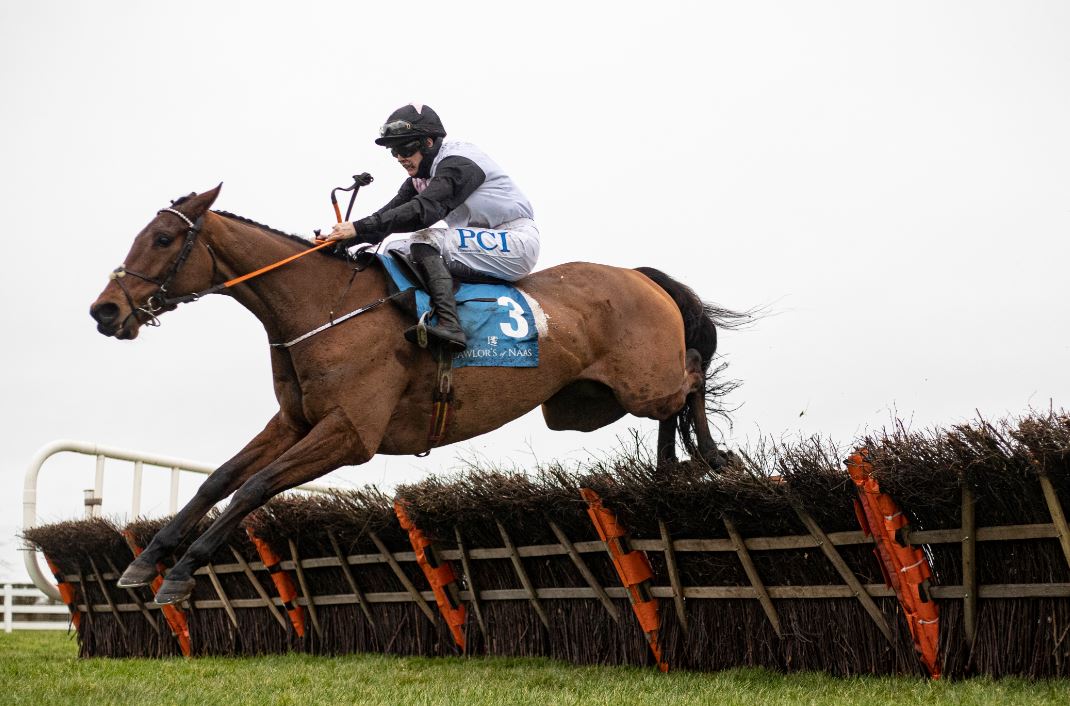 This is our flagship race meeting in our calendar and what a day of racing it is! The feature race is the Lawlor’s Of Naas Town Centre Hotel Novice Hurdle of €80,000 and we will have six smashing supporting races. Not only is it the first Grade 1 national hunt race of the year in the Irish calendar but also our only Grade 1 race.  In the last two years we have  year we saw Envoi Allen and Bob Olinger take the prize before going on to take the Grade 1 Ballymore Novice Hurdle at the Cheltenham Festival and we are looking forward to seeing more star’s at Naas this January.

Please note General Admission tickets are €15.00 when pre-purchased online and €18.00 on the day.

We are delighted that once again our biggest race day of the year is in partnership with local businesses in Naas town. We are very grateful to all our sponsor’s for their continued support.

This year will be the 8th consecutive year for  Lawlor’s of Naas Town Centre Hotel to sponsor our Grade 1 feature race. 2022 will be an exciting year for Lawlor’s Hotel as open their new extension. The large new extension will introduce a fabulous collection of dining experiences as well as Lawlor’s Ballroom and Conference suite. Naas is getting somewhere new to celebrate, meet, dine and stay. Lawlor’s will also have new workspaces and flexible boardrooms, a great combination with excellent dining options in one place.

Irish racing’s biggest sponsor The Irish EBF will sponsor the remaining three races on the card. Sponsorship from further afield on the day comes from prominent horse racing supporter JP McManus who will sponsor the Adare Manor Opportunity Handicap Hurdle