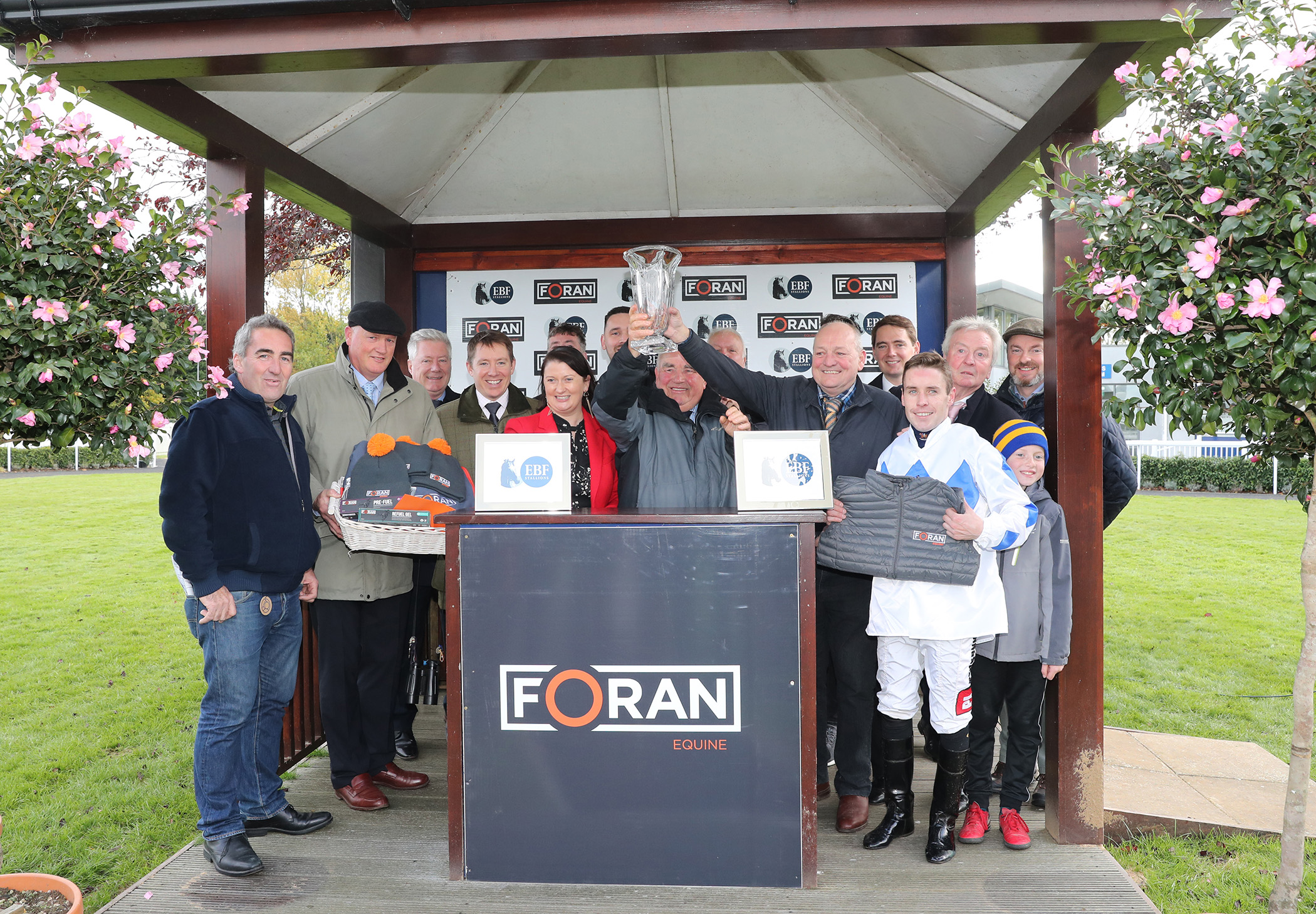 A hugely competitive day of racing in store! The feature race on the card is the €120,000 Foran Equine Irish EBF Auction Finale which Naas are very excited to host.

The Foran Equine Irish EBF Auction Series host a number of qualifying races from March – October. Each of the qualifying races has a minimum prize-fund of €20,000 as well as the added benefit of being Plus 10 registered, whereby qualified winners will be eligible for a bonus of €12,500 giving a winning owner a potential pay-out of just under €25,000. Horses must also be by an EBF registered sire to qualify.

Now in its sixth year the Auction Series has established itself as a principal target for two-year-olds bought at auction for €72,000 or less. Last year’s winner was Lustown Baba was purchased at the Goffs Sportsman sale for just €12,000 from Owenstown Stud. The filly is owned by Back Road Syndicate and trained by Wille McCreery.

The Tifrumus Irish EBF ( Colts & Geldings) Maiden is sponsored by Fornaughts Stud, located just a few minutes from the racetrack.

We will continue to race behind closed doors in line with government regulations and Horse Racing Ireland recommendations. Please view hri.ie for more information relating to the procedures that will be in place during these meetings.