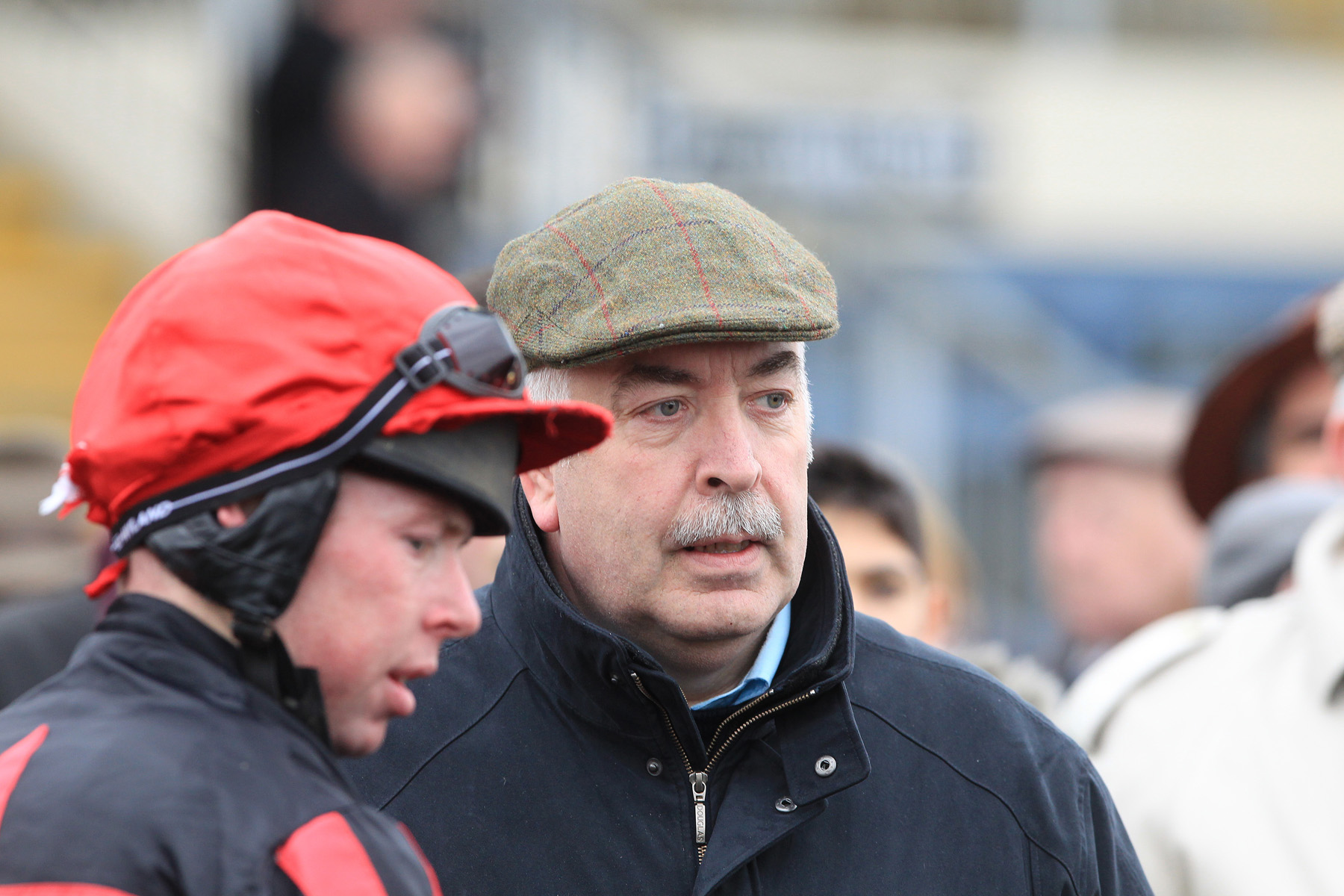 Q & A with Barney O’Hare CEO of Bar One Racing

We spoke with Barney O'Hare successful businessman and CEO of Bar One Racing, our Leinster National Day sponsor. Barney tells us about fond memories of his own days racing at Naas, challenges facing the industry and gives us a tip for the Cheltenham Festival!

Tell us how you got into the industry?

It was 1995 and at the time I was heavily involved in amusement arcades. A friend of mine had three betting shops and he was keen to sell them. I bought two of them and I’ve never looked back. Those two shops were in Northern Ireland, then we purchased two more in Dundalk and have been expanding ever since.

You completed a memorable treble at Naas in 2009. Talk us through that day and how you celebrated?

Yes, Saturday 31st October 2009. It’s a day that still brings sheer joy to me when I think about it. My son Michael had a restricted trainers license which meant he could only have four horses in his care. We headed to Naas with three of them. I joined Michael that morning feeding the horses and he knew that these three horses were as good as he could have them. The plan was laid out – the races suited the horses and it just happened they were on the same card. Montana Slim was part one of the treble and he won the Brown Lad Handicap Hurdle under Keith Clarke. Bale O’Shea was part two and he won under Peter Carberry. And part three was Sweet Shock who won the bumper under Luke McNiff. Sweet Shock returned in 2010 and won the Brown Lad on the same card. The combined odds of the treble was over 500/1. I’ve always had a soft spot for Naas since that memorable day!

I must admit that celebrations were low key. We went for drinks in our local pub in Castlebellingham. I remember telling everyone I was on cloud nine and I wasn’t coming off it!

What made you decide to sponsor the Leinster National and support Naas Racecourse?

The association with Naas has been there for a number of years as we advertise on the second last fence. When the opportunity arose to sponsor a quality handicap chase, with a strong supporting card, I was keen to secure it. From a business perspective it makes perfect sense. It’s two days before the start of the Cheltenham Festival. It’s the final Irish race meeting before Cheltenham. Our brand will receive lots of exposure across traditional and digital media, at a time when new accounts are being opened. We can incorporate Cheltenham into the raceday with previews and business offers. Content creation is a big part of our marketing strategy and we’ll be using the day to secure content for Cheltenham. And when things return to normal, racegoers can enjoy the Bar One Racing sponsored raceday, hoping to bolster their Cheltenham betting bank!

The team at Naas have been very helpful in the raceday build up and I was happy to commit until 2025.

As an owner, what race would you like to win?

We all dream of winning Cheltenham Gold Cups and Champion Hurdles, but the gambler in me dreams of getting a horse well handicapped and aiming to land another monster touch! The challenge for me is plotting a way to win fellow bookmakers money. The thrill of backing a horse to win cannot be matched for me. As a bookmaker I am always on the lookout for potentially well-handicapped horses. Or horses that are operating in a grade inferior to their actual ability. Some might frown on this but it’s part and parcel of solving the puzzle.

Tell us about the challenges and rewards of being a bookmaker?

There are a couple of big issues at present. The betting tax was doubled to 2% from January 2019. This is having a big impact on our bottom line. The area of compliance is now demanding more of betting companies. Items such as anti-money laundering and social responsibility are now focus areas. There is a requirement on the bookmaker to have a deeper knowledge of their customer. We are essentially being asked to see if the customer can afford to bet with us. The fear is these steps will only turn away potential customers and perhaps drive them to black market operators. I like to bet and I wouldn’t like someone to ask me if I can afford to bet.

It’s well documented the challenge the pandemic has posed from a retail perspective. We have 56 shops nationwide all of which have been shut for seven of the last 12 months. Customers have migrated to our on-line business which has seen a substantial growth in the last year. We have a major challenge though to get business back to pre-Covid levels when things do return to normal.

What’s your strong fancy for Cheltenham and tell us about the Bar One Racing special offers?

I was taken by Kilcruit at the Dublin Racing Festival. He slaughtered what appeared a strong field in that Grade 2 bumper and I think he’ll win the Champion Bumper. Cheltenham is a meeting the public really latch onto. I foresee a huge surge in the opening of accounts as we edge closer to Cheltenham.

We’ll have a wide range of offers for Cheltenham. Every favourite throughout the week will be enhanced on the live show. All the Irish bankers – Appreciate It, Monkfish, Chacun Pour Soi ! Our price promise guarantees that we won’t be beaten on price on any favourite. And the price boost is available across all channels. We’ll have a wide array of extra place races too.

Bar One Racing and Naas Racecourse are also running a perfectly timed competition on the eve of the Cheltenham Festival this weekend. To be in a chance to win €1,000 worth of bets with Bar One Racing visit https://naasracecourse.com/competition/. The lucky winner must avail of the free bets online with Bar One Racing during this years Cheltenham Festival. The €1,000 worth of bets will be split into four €250 on each day of the festival. To visit T&C’s and to enter the competition visit https://naasracecourse.com/competition/. The competition closes on Sunday 14th March.