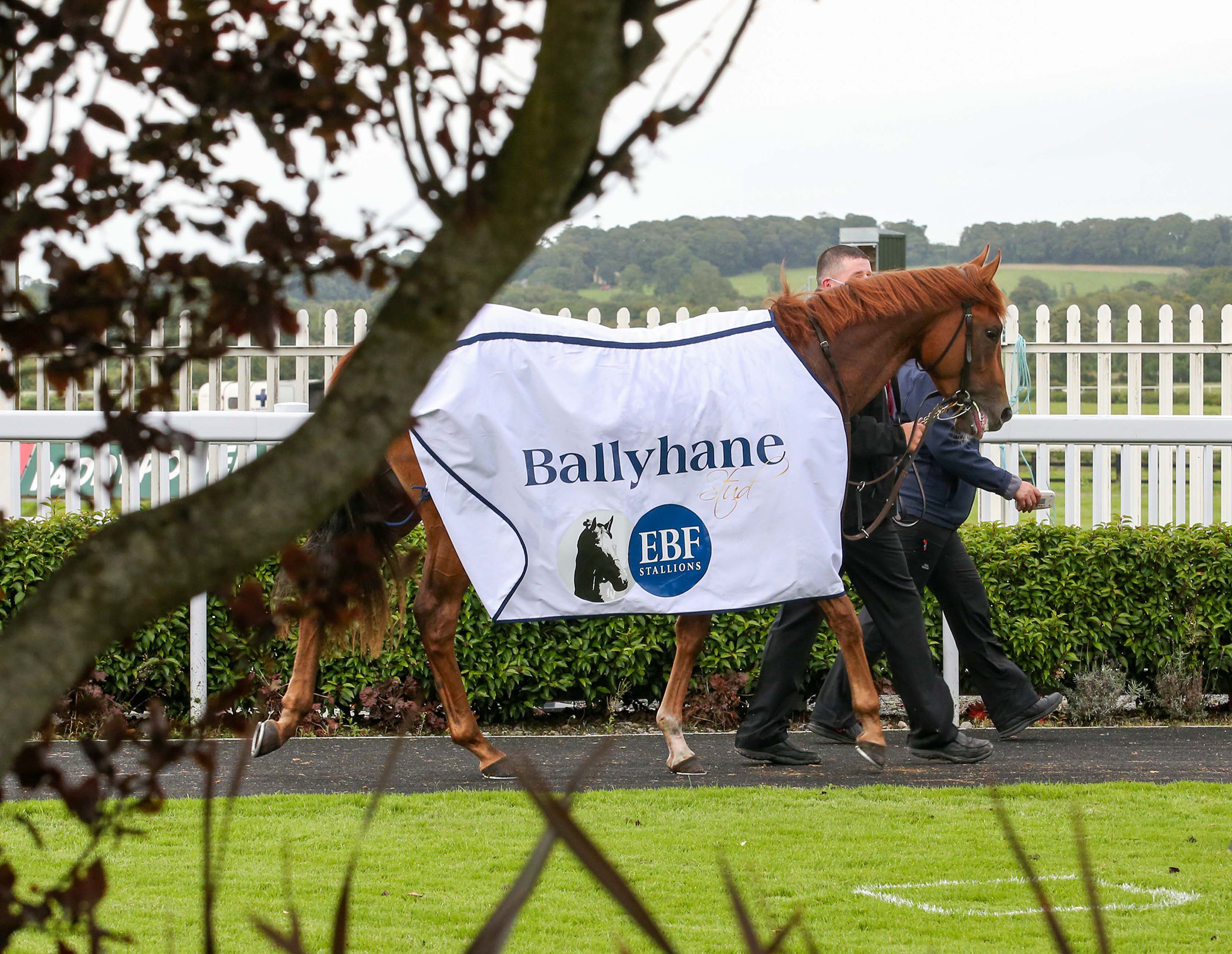 Irish European Breeders’ Fund, Ballyhane Stud and Horse Racing Ireland have today announced a substantial increase to the value of the Irish EBF Ballyhane Stakes from €200,000 to €300,000. This increase will again make the median auction race the most valuable two-year-old race that will be run in Ireland this year. The race is aimed at EBF eligible two-year-olds with a sire’s median price of no more than €75,000 from last year’s yearling sales. The race will be run for the second time at Naas Racecourse over 5 furlongs and 205 yards, on Bank Holiday Monday, 2nd August with a maximum field of 24.

To accommodate the large number of entries, the Silver Irish EBF Ballyhane Stakes will again be added to the Naas card and will be run for a prize-fund of €50,000 with prize-money paid down to 6th place. This race will be automatically open to all those horses still entered which receive a ballot number in the Irish EBF Ballyhane Stakes, 48-hour declaration will apply.

Joe Foley, owner of Ballyhane Stud, said: “We are thrilled to again be in a position to reward the owners and trainers who supported the race by increasing prize-money in the main race and staging the extra race, this will positively benefit a wide range of connections. We are looking forward to seeing the build-up to the race from now until August 2nd and if our €50,000 bonus will be claimed this year by a Ballyhane sired two-year-old.”

Jason Morris, HRI Director of Racing, said: “We are delighted that the very large entry numbers have again allowed us to increase the value significantly for the Irish EBF Ballyhane Stakes and to introduce a second ‘Silver’ race, which will mean that up to 48 juveniles will be able to compete for the substantial prize money on offer between the two contests. This reflects the enormous popularity of the concept and HRI is extremely grateful for the continuing support of the Irish European Breeders’ Fund and Ballyhane Stud.”

Trainer Fozzy Stack commented: “Fantastic to hear that the prize fund for the Irish EBF Ballyhane Stakes race has increased again this year to €300,000. I have a few entered for the race including Cheerupsleepyjean who was placed 3rd in the Queen Mary Stakes at Ascot. With prize money like that on offer, the Irish EBF Ballyhane Stakes will certainly be on the horizon as one of her summer targets.”