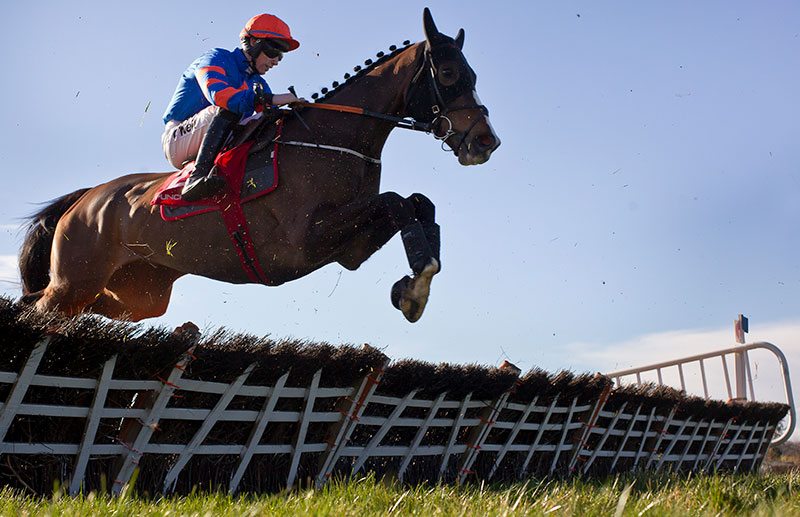 The unbeaten Any Second Now and recent Grade 2 winner Mick Jazz head the preliminary entries for the Grade 2 Paddy Power Onside App Novice Hurdle at Naas this Sunday.  A seven-race card is due to take place at Woodlands Park where racegoers will be able to pick up a number of pointers ahead of the upcoming spring Festival’s and major races still be to be run during this National Hunt season.

Any Second Now caused a 50/1 upset when winning a maiden hurdle on debut at Navan for trainer Ted Walsh but proved that to be no fluke when claiming Grade 2 honours at Punchestown last month.

Walsh said on Tuesday; “This race at Naas has been the plan now for a couple of weeks, he’s only a young horse and we’ll miss Cheltenham this year but hopefully we’ll be able to go to the likes of Fairyhouse and Punchestown after Sunday. He won at Navan on a good galloping track and that’s what we’ll have again at Naas on Sunday and it’s another step up for him. There’s a few horses in there that have a bit more experience than us and Mick Jazz would look the obvious one but I’ve been happy with my fella, he looks well, it’s a nice race and it’s only in the road so it’s a nice stepping stone for him.”

Ireland’s current leading trainer Gordon Elliott has been on a crest of a wave recently and he has made a massive 17 entries for Sunday’s Naas fixture. Elliott trains Mick Jazz who was an impressive winner at Punchestown earlier this month and has also entered the very talented, but quirky, Labiak who boasts an impressive record for the trainer in races that he completes.

Last weekend’s facile Grade 2 Flyingbolt Novice Chase winner, Ball D’Arc, may well make a quick reappearance in the Grade 3 We Show All Live Racing Chase for Elliott who has also included the Grade 1 winning pair of Clarcam and Realt Mor in the race.

Henry de Bromhead has a good record in the race having won it with Day’s Hotel on three occasions and he is set to be represented by Aliser D’irlande.

A fascinating card, which also includes the €50,000 Woodlands Nas Na Riogh Novice Handicap Chase, will conclude with a top class bumper in which Samcro heads the early entries.

Samcro was a big money purchase after winning a point-to-point last year and he has duly obliged on two bumper starts to date for Gordon Elliott and Gigginstown House Stud.  Samcro is joined on the entries by stable companion Monbeg Worldwide who has a similar portfolio. Next Destination is just 16/1 for the Champion Bumper at Cheltenham next month and he looks likely to be Willie Mullins’ runner in the race which the trainer has won four times since 2011 including with the Grade 1 winners Outlander and Killultagh Vic.

Tom Ryan, manager of Naas Racecourse said:- “This meeting at Naas is traditionally very popular with trainers, owners and racegoers alike as it has some ideal races at a perfect time ahead of the big festival’s that are almost upon us. The Grade 2 Paddy Power Onside App Novice Hurdle is obviously the feature race and it has evolved into a very high class race over the last number of years. Overall you would have to be very pleased with the quality of entries and the bumper is a typical Naas bumper. We are probably going to have a small but very select field. The ground at the moment is soft, soft to heavy in places and I wouldn't envisage it varying too much away from that between now and racing on Sunday.”