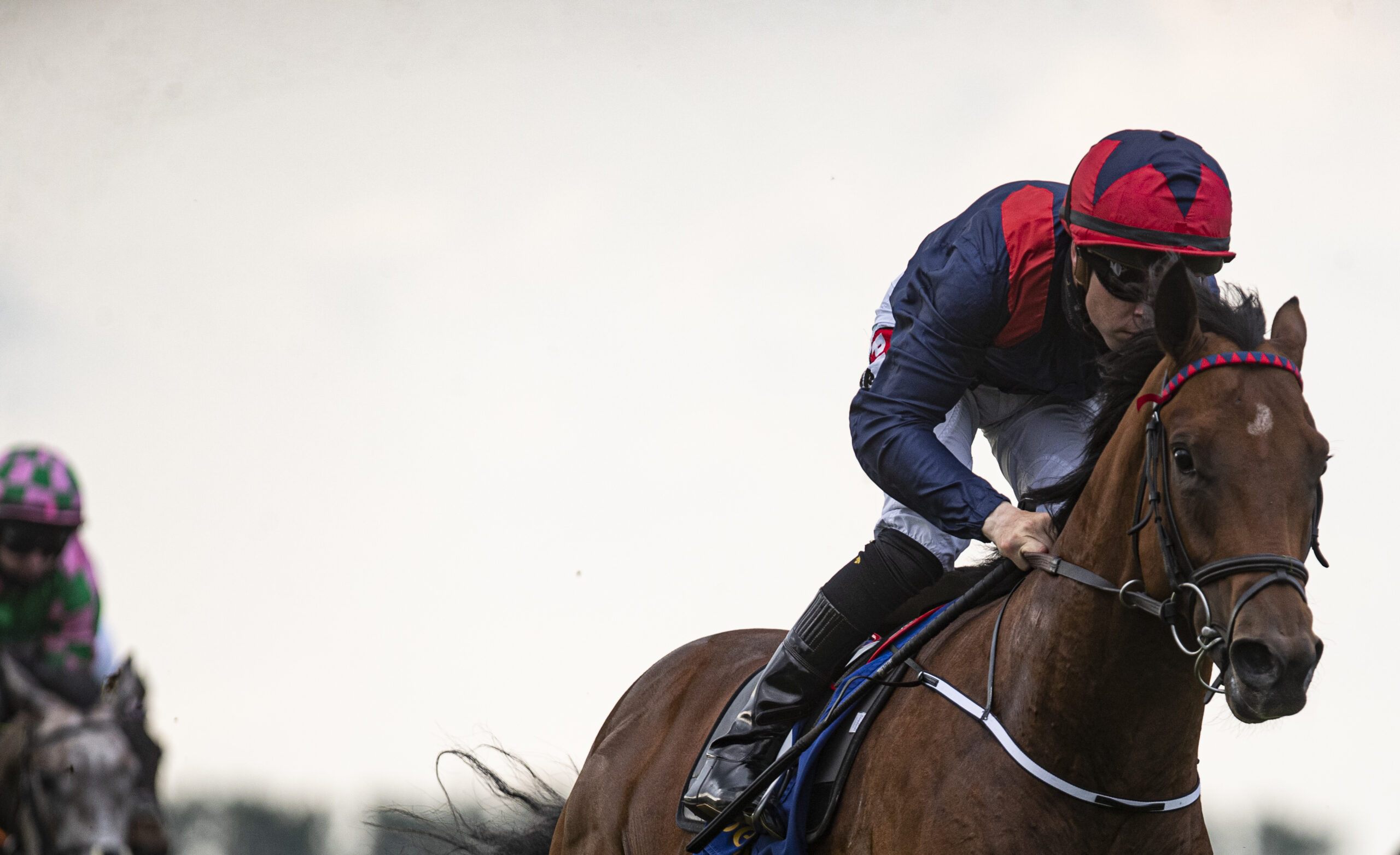 Royal Ascot Trials Day at Naas continues to attract some of the brightest prospects with some high-profile entries for this Sunday’s fixture. The Group 3 Coolmore Stud EBF Fillies Sprint Stakes has attracted 12 entries including six maiden winners.
Course and distance winner Deneuve is one of two Aidan O’Brien-trained entries, alongside Meditate.

It could well be Michael O’Callaghan’s debutante who attracts the most interest being a €450k filly bought at the breeze-ups who runs in the colours of AMO Racing and is partly owned by soccer superstar Philippe Coutinho. O’Callaghan is a regular purchaser from the breeze-up sales and Royal Ascot is firmly on the agenda for his unraced daughter of Kodiac, who is partly owned by the current Premier League player.

“Olivia Miralda is working well and we’re very happy with her,” said O’Callaghan. “She cost plenty of money but I think she’s a decent filly. The soccer player, Philippe Coutinho owns half of her, they’re trying to get the registration sorted in time so his name appears on the racecard.

“We’ll see how she works during the week but I wouldn’t be concerned about pitching her in at Group 3 level on debut. I think she’s going to end up at that level on her second start anyway, so I wouldn’t be worried at all. If everything goes to plan, we would be looking at bringing her to Royal Ascot for the Albany.”

Jessica Harrington won the race previously with subsequent multiple Group 1 winner Alpha Centauri in 2017 and again with Servalan in 2018. The Kildare-based trainer is represented by Dundalk winner It’s Showtime Baby this year.

“She won first time in Dundalk and has been great since,” reported Harrington. “She just wouldn’t want too much rain, she likes good ground but she’s in great form and has come on as you would expect from her debut.

“It’s an obvious next step for her and I would hope that Royal Ascot would be next for her definitely, but so is everyone else’s fillies in the race!”

Karl Burke provides the potential British interest in the opening Group 3, which will be one of five races shown on RTÉ. Miss Jungle Cat has been given an entry by Burke following last month’s Musselburgh win.

Burke has also made a couple of entries for the Group 3 Goffs Lacken Stakes with Guilded and Illustrating featuring among the 13 acceptors. Ger Lyons’ unbeaten colt Beauty Inspire is a notable inclusion after Group 3 success last season, while the Aidan O’Brien-trained New York City is hat-trick seeking.

Twilight Jet is set to make his seasonal debut after finishng last year with a tilt at the Breeders’ Cup at Del Mar.
His trainer Michael O’Callaghan added: “He got a good break after the Breeders’ Cup and it was always the plan to start him back here after that. He’s working well and will improve for the run but we expect him to run well. The plan after that, all going well, is that he will go for the Commonwealth Cup at Royal Ascot. We’re very happy with him and Naas is a nice place to start him off and Royal Ascot Trials Day the appropriate day to do it we hope.

“He always had a bit of size and a good mind. He’s matured a lot over the winter, both mentally and physically, and he’s a fine belter of a horse now. His mind is very good and I expect it will be a long year for him, with Royal Ascot his first major target. And then the campaign sets itself through the season after that if he runs as we’d hope he would.”

The Zhang Yuesheng-owned pair of Bopedro and Ace Aussie are the highest-rated entries in the Owenstown Stud Stakes and their trainer Jessica Harrington will consider running both in the race.

“Bopedro did nothing but improve last year but the problem for him is that at 107, handicaps are out for him so he will have to compete in stakes races from now on,” Harrington said. “Hopefully he can make that step up but he hasn’t had a run this season yet and would improve for this.

“Ace Aussie needed his run at The Curragh last month and should show the benefit of that.
“I don’t know if I’ll run one or both of them yet. We’re keep an eye on the weather and a lot will depend on the ground.”

Lust has run two fine races this season for Ger Lyons and also features here alongside the Johnny Murtagh-trained Lustown Baba who is a course and distance winner from last season.