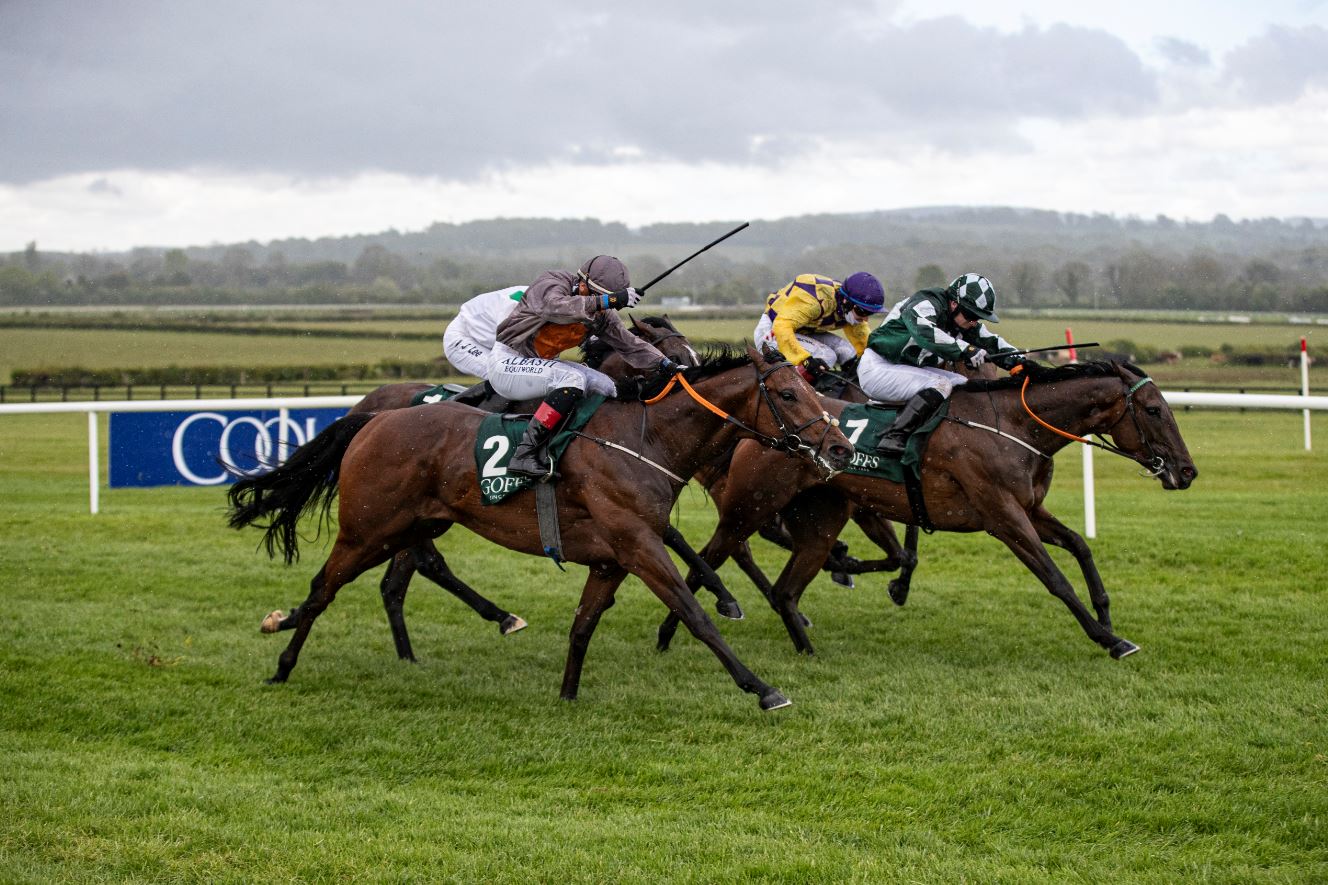 A blanket finish in the Goffs Lacken Stakes saw A Case Of You get the verdict and winning trainer Aido McGuinness later joked “I’m going to get measured for the top hat” as the son of Hot Streak booked his ticket to Royal Ascot.

Carrying the colours of owner Gary Devlin, A Case Of You finished strongly up the stiff incline at Naas under a perfectly timed ride from Ronan Whelan to land the feature honours on Royal Ascot Trials Day and give himself the option of the Group 1 Commonwealth Cup next month.

Heavy rain overnight and later on the card didn’t dampen the quality on show and McGuinness was thrilled to see it coming for A Case Of You who was winning for the fourth time from just six career starts, putting a disappointing effort in the Guineas Trial last month behind him in the best possible manner.

“He has some great form and I was glad to see the rain,” McGuiness said afterwards. “We didn’t know if he was going to get there in time or not but he had to dig for it and that is what good horses do.

“He has won over six and half furlongs but I am going to get measured for a top hat! He is entered for the Commonwealth Cup and we might enter him in a Group 3 over seven as well but we are definitely going to go. We were disappointed with him at Leopardstown but he pulled very hard and we decided we’d drop him back in trip.”

Logo Hunter produced arguably the biggest success story of the Flat season so far as the three-year-old, who trainer Michael Browne purchased for €5,000, bolted up in the Sole Power Sprint Stakes and is bound for the highest level next.

Browne said before the race he had never trained a horse like Logo Hunter before and afterwards he was beaming as his stable star ran out a four and a quarter length winner under Seamie Heffernan with Back To Brussels back in second.

A man more accustomed to buying and selling young stock, Browne was relishing the biggest winner of his career as a trainer and expects Logo Hunter to compete in Group 1 company next time.

“I couldn’t describe it, I have never had an experience like it before and I’ll never have one like it again!” said the Tipperary trainer. “I thought when the rain came his chance was gone but Seamie Heffernan didn’t and was very complimentary about the horse. He is the best sprinter in Ireland now and he will probably be sold now, I’m sure he will be, but I hope he is not! I can tell you he will be a better horse on better ground.”

Heffernan said: “I’m delighted to ride a winner for Michael Browne. Michael told me to get on this horse a while back. I really fancied him and he has only been trained to improve with each run. He has a heart of gold and he has ability.”

Hermana Estrella could be a name for the future as the debutant showed little signs of her inexperience as she won the Group 3 Coolmore Stud EBF Fillies Sprint Stakes for trainer Fozzy Stack and rider Chris Hayes.

The daughter of Starspangledbanner was taking on a high-class field for her first ever outing but finished stong to reel in long-time leader and Curragh maiden winner Quick Suzy and win by a length.

Stack’s bold decision to takes this Group 3 on was fully justified and the winning jockey was full of praise for the trainer of the 50/1 winner.

“We always held her in high regard to pitch up with an entry like that but it was a very good call from Fozzy,” Hayes said afterwards. “She is a smart filly.

“It was her first run and she got a little unbalanced and rolled left and I let her do her own thing but she is one of her nicer ones and she is only going to progress. I presume Royal Ascot is on the cards.”

Joseph O’Brien enjoyed a nice double on the card as Andreas Vesalius made most of the running to win the Coolmore Stud Calyx Race in the hands of promising apprentice Dylan Browne McMonagle, while the brace was completed in the concluding Owenstown Stud Stakes when Snapraeterea justified favouritism with Declan McDonogh.

Khartoum, a $1m purchase as a yearling, won the Naas Handicap for Aidan O’Brien and Ryan Moore, while Jessica Harrington enjoyed a brace of her own with Espouse winning the opening maiden at odds of 28/1 under Tom Madden and Pepperoni Pete returning to winning ways for Scott McCullagh in the Royal Ascot Trials Day Handicap.