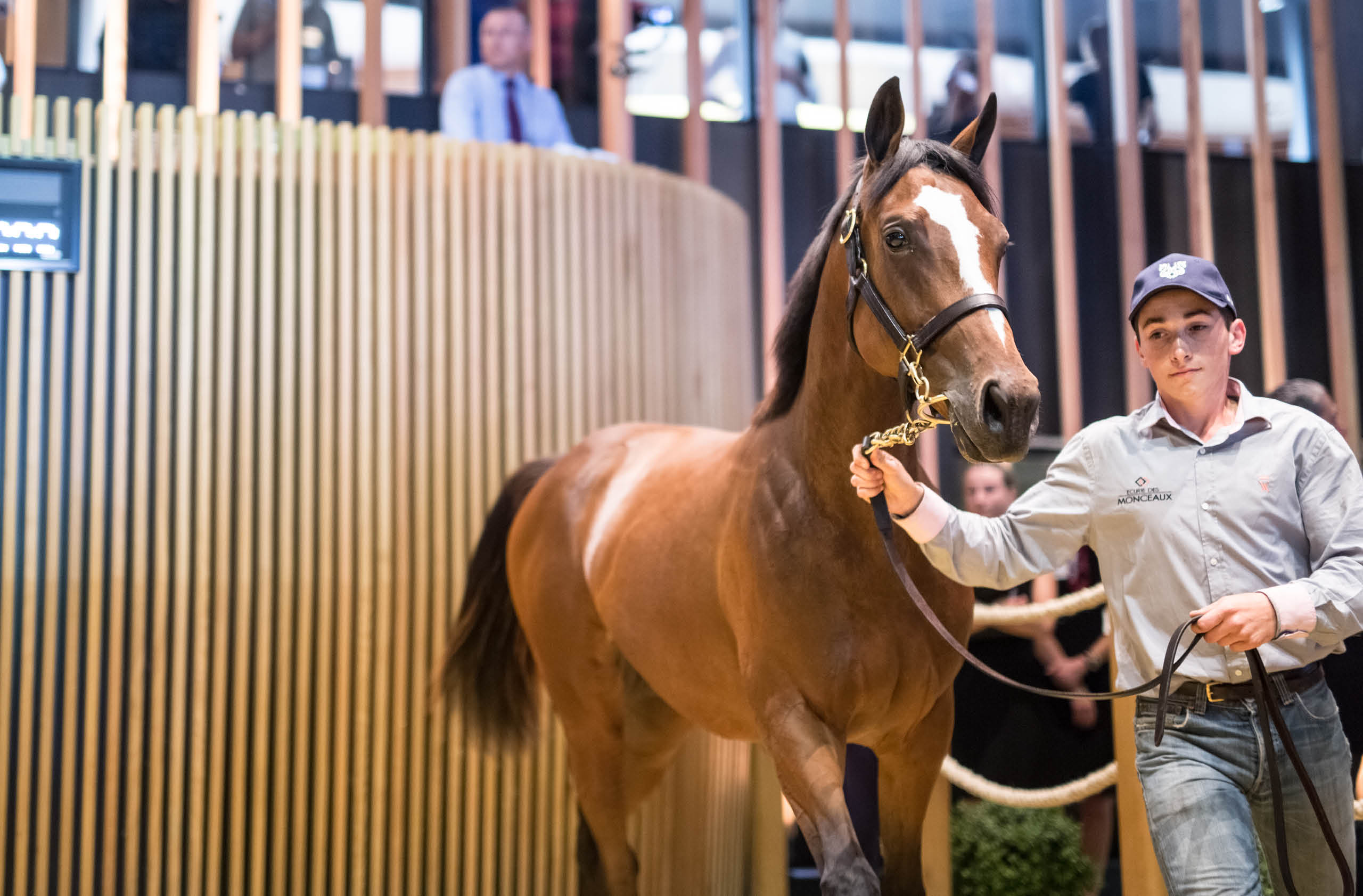 Naas Racecourse have announced that French sales company ARQANA will sponsor the new Marwell Stakes. It will be the first time for the international auction house to sponsor in Ireland.The Marwell Stakes is one of a number of new races added to Naas Racecourses flat programme this year. The track will stage the first running of the ARQANA Irish EBF Marwell Stakes on July 22nd, enhancing their existing card. The race will be run over five furlongs and restricted to two year old fillies.

ARQANA is located in Deauville, France and has established itself as a leading global sales agency. The sponsorship announcement comes just before the closure of the August Yearling Sale entries, which is Friday 13th March. The August Yearling sale is recognised globally as one of the most prestigious sales of the year. A number of yearlings have passed through ARQANA’s sales ring and went on to international success including the Prix de l’arc de Trimophe. The company hold 18 sales throughout the year, turning over about €160,000,000.

General Manager of Naas Racecourse Eamonn McEvoy commented, “We are absolutely delighted to associate our new race, The Marwell Stakes, with a company such as Arqana. Arqana are a world class company and have a phenomenal record in selling top bloodstock in France that go on to international success.  The world renowned Deauville yearling sale is in August so the end of July is a perfect time for Arqana to come to Ireland to meet their Irish clients and enjoy an evening of great racing.  I would like to thank Eric Hoyeau and Freddy Powell for getting the partnership underway”.

Freddy Powell, Executive Direcotor of Arqana said, “Arqana consistently aims to support the racing and breeding industry all over the world and Ireland was an obvious choice as we have so many links with the Emerald island’s horsemen. From French breeders sending mares to Irish-based stallions, to flat and NH pinhookers attending all our young-stock sales, Breeze up consignors, trainers looking to buy from their French counterparts or breeders tapping into French bloodlines. Al Boum Photo, Magic Wand, Min, Channel, War Of Will and Asterion Forlonges are only the latest examples of horses who went through the Arqana sales ring having come from or on their way to Ireland.”