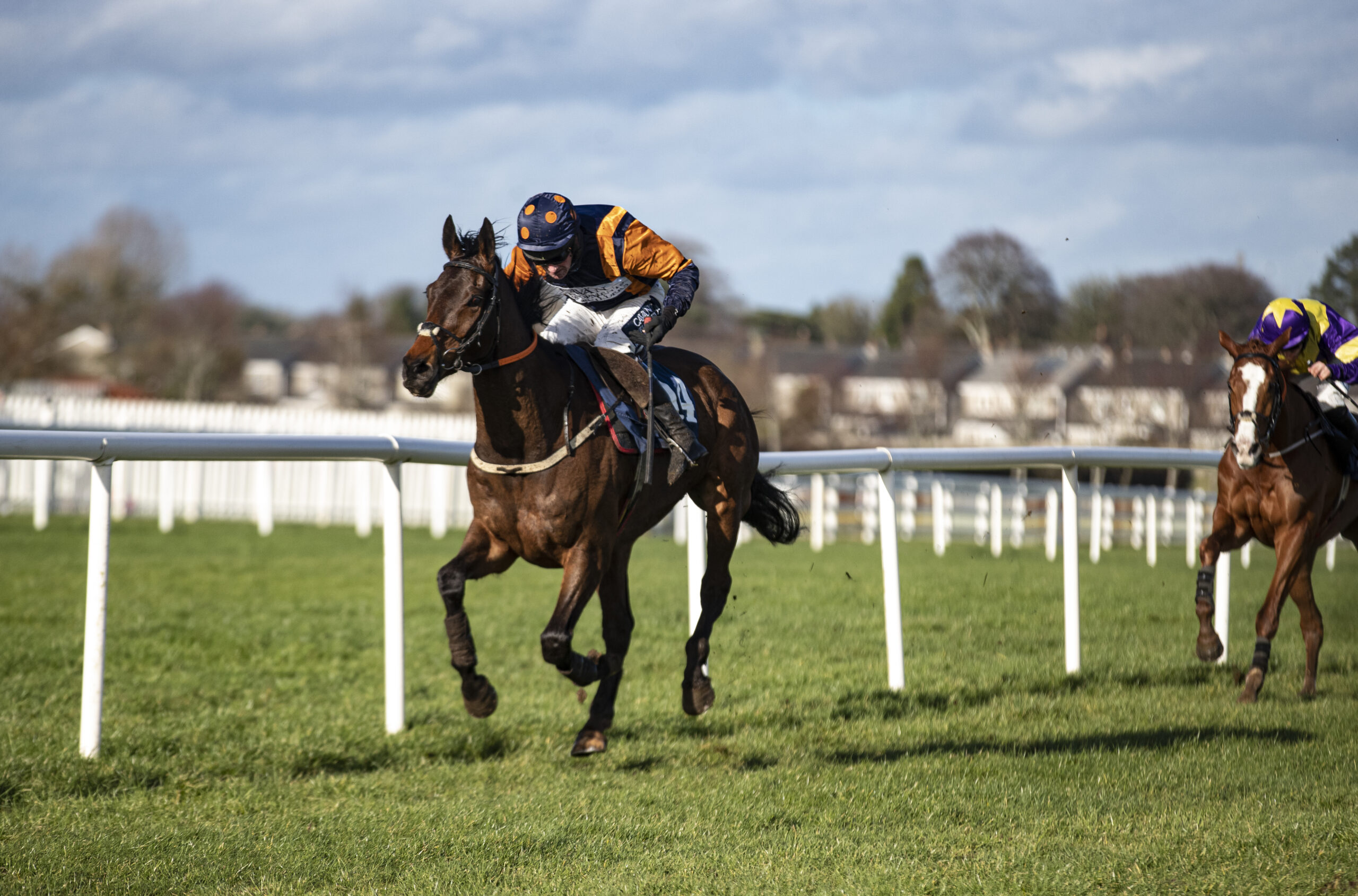 Naas ready for Meet And Greet in the BetVictor Novice Hurdle

Oliver McKiernan looks to have another progressive novice hurdler on his hands and Meet And Greet will take the next step on the ladder in the Grade 2 BetVictor Novice Hurdle this Sunday.
A domestic campaign awaits the course and distance winner who will make the short journey from McKiernan’s Rathcoole base to take on five rivals in the feature race of the day.
Among Meet And Greet’s rivals are the Cheltenham entries Ha D’or and Hiaou, while the Pat Doyle-trained Flame Bearer adds plenty of intrigue to the race which was won in the past by Newmill, Go Native and Annie Power.

McKiernan feels that although his six-year-old son of Mustameet is a course and distance winner, he probably is a horse that will want a longer trip in due course but the testing conditions this weekend may help bring out his stamina.

“He won at Naas the last day and we were delighted with that,” McKiernan said. “He’s just so well and fresh after it, we felt we’d enter him anyway, notwithstanding that the ground will be very heavy which won’t be in his favour. He’s in such good form – he’s very fresh at home – we decided to let him take his chance.

“He ran well when third in his first maiden hurdle run at the Naas and he was more forward the next time when he won but he’s probably more of a two-and-a-half-mile horse. So two miles in heavy ground might bring that into play. He’d have loved to have had the two hurdles in the straight to jump that were taken out because of the low sun – so would the other horses of course – but he’s a good jumper, neat and tidy at them so it would have helped him.

“He got a little bit lost without the rail coming up but once he got the rail again and maybe a little bit better ground he took off again.”
A domestic campaign is on the cards for Meet And Greet who is a horse who looks to be still progressing and may have a smart future ahead of him.

“He had good bumper form before he went hurdling and beat Top Bandit at Leopardstown last year. He’s a horse we always liked. He’s a good mentality. He’s a good, clean-winded horse. He’s most things going for him and he grew a bit as well. He’d be 16-3 now. He’s not a small horse.
“I know it’s a cliché but I’m looking forward to him jumping fences but he has to get there first. But he’d remind you of a lad that might do that. He’s a grand horse but there’s so many horses at that level and so many horses above that level. The best of them are going to Cheltenham and he wouldn’t be good enough to go there but this is a good opportunity. We’re happy enough and it’s close to home too which is nice, so we’ll see how we go.”

Speaking earlier in the week, trainer Pat Doyle revealed that Sunday’s Grade 2 has been the plan for Flame Bearer since he opened his account over hurdles.
“This has been the plan for Flame Bearer since he won at Fairyhouse. He worked very well this morning so things couldn’t be better,” Doyle revealed.
“He’s learned how to settle now. He’d no gallop done before his hurdling debut in Cork last December, as the ground had been too quick so he ran too fresh, pulled too hard and blew up.
“He was a bit unlucky in Naas at the start of January. If Jack had done what he wanted to do, he’d probably have won but I wanted him to cover him up.
“He couldn’t do anymore than he did in Fairyhouse then so this was in my mind from that day. I wouldn’t say he’ll be any better fitness-wise from then but I’d say he will be in terms of experience.”

The Grade 3 BetVictor Chase has attracted four classy candidates, all rated between 150 and 160. Captain Guinness heads the field for Henry de Bromhead and Rachael Blackmore and he’ll take on the Willie Mullins-trained duo of Blackbow and Cashback, while Darasso reappears after finishing second over hurdles at Gowran Park last week.
Paul Fahey’s Ballyshannon Rose aims to continue her rise through the ranks in the €45,000 Grade B BetVictor Novice Handicap Chase. Other notable inclusions in that event include King Alex for the in-form Barry Connell stable and Street Value who was an impressive victor at Cork last time for John Flavin.
Racing begins at 2pm on Sunday with live coverage of both Kildare v Dublin in the crunch National Football League game and Ireland’s clash with Italy in the Six Nations both being aired throughout the racecourse.

For the latest prices on Irish racing from BetVictor click here