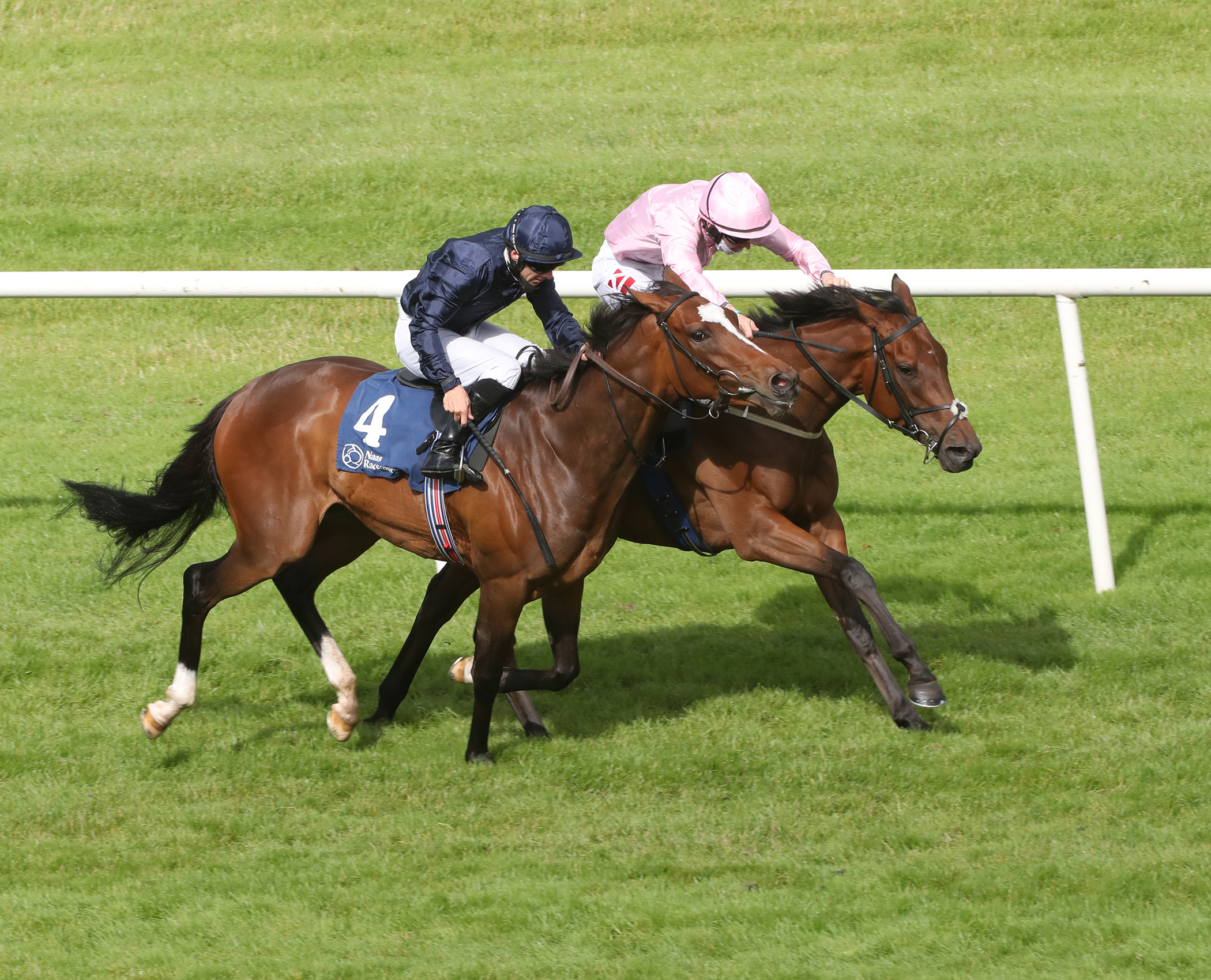 The partnership between Naas Racecourse and its newest sponsor will lead to an increased value for the Listed race, this year’s renewal being run for €52,500, up from €47,500 in 2021.

The 2020 renewal of The Al Shira’aa Racing Irish EBF Oaks Trial was won by the Ger Lyons-trained Even So, who confirmed the calibre of the Naas trial when going on to win the Irish Oaks at The Curragh on her next start and in the process added further credence to the belief of the Naas team that it has earned Group 3 status.

Al Shira’aa Racing is headed by Sheikha Fatima Bint Hazza Bin Zayed Al Hahyan and managed by Kieran Lalor. Meadow Court Stud, which was purchased by Al Shira'aa in 2016, is now the base for the Irish company's breeding operation.
Meadow Court Stud has a storied history in thoroughbred racing, having been established by Paddy ‘Darkie’ Prendergast and named after his 1965 Irish Derby winner.

Kieran Lalor is a native of Naas, who spent 20 years working in the thoroughbred industry in Kentucky before taking up the role as general manager of Al Shira’aa Racing and Meadow Court Stud.

Al Shira’aa Racing have horses in training in the USA, France and in Ireland with Ger Lyons and Willie McCreery, having enjoyed major international success with Mutamakina, the Grade 1 E P Taylor Stakes winner at Woodbine last October, Rumi a dual group winner in France and Jannah Flower, a listed winner in France last month who seems on the upgrade.

Kieran Lalor, general manager of Al Shira’aa Racing, commented: “When Eamonn approached us with the opportunity to sponsor the Oaks Trial, the boss was delighted to get on board, especially with the fact that the race, in a relatively short period of time, has already translated into Oaks success with the Ger Lyons-trained Even So.

“It is an important feature on the calendar and is always very competitive. It’s proven now if your filly can win this race, she can win the Oaks, so this is also a target we have for our own racing stable.

“It is a good opportunity to support Irish racing and these Classic distances are our primary focus at Al Shira’aa Racing.
“Naas is a fantastic facility for all racegoers. It has an exceptional turf course and is a credit to the team that manage it. They’ve done so well there, upgrading facilities and the racing programme, it’s nice to support that. And it’s my home racetrack as well.”

Welcoming the newest sponsors to the County Kildare venue, Eamonn McEvoy, general manager of Naas Racecourse added: “We are delighted to welcome Al Shira’aa Racing as sponsors to Naas Racecourse on a very important race in our calendar.  Having a new sponsor on this race will see the value of the listed event rise up to €52,500, which will hopefully attract a few UK runners to come across and take on the local fillies.  This race warrants Group 3 status on ratings and although disappointed not to see it achieve that status in 2022, hopefully we will get there soon.”

The Al Shira’aa Racing Irish EBF Oaks Trial will be one of seven races to take place at Naas Racecourse on June 22nd (evening meeting), the first of their Summer BBQ meetings which features The Kilkenny’s playing live after racing