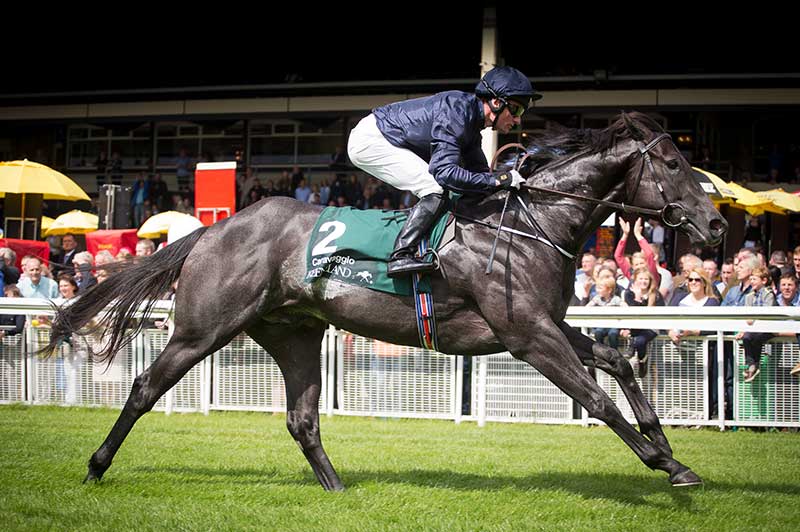 Caravaggio, who triumphed in last season’s Phoenix Stakes, bypassed both the English and French 2,000 Guineas and tops the field in Sunday’s feature race which has a current list of 22 entries, including Jessica Harrington’s recent listed winner Khukri and the Johnny Murtagh-trained True Valour who was third in the Tetrarch Stakes at Naas earlier this month.

O’Brien said; “We are thinking that Caravaggio could start in the Lacken Stakes on Sunday. Everything seems good with him at home, we’ve been happy with him and we think he’s just ready to start.”

Two time course and distance winner Psychedelic Funk and stable companion Noivada have been given entries in the Lacken Stakes by trainer Ger Lyons, while there’s the possibility of a strong British representation with Richard Fahey’s Private Matter, Richard Hannon’s Tomily, and Robert Cowell’s Visionary all included in the race.

A number of impressive maiden winners could put their Royal Ascot credentials to the test in the Coolmore War Command Rochestown Stakes in what looks set to be a very memorable renewal of the race.

Aidan O’Brien won the race last year with Peace Envoy and Naas winner Dali is joined by Dundalk maiden winner Declarationofpeace this year. James Nash’s T For Tango made a big impression at Naas on debut and is all set to return to the track this weekend.

Nash said; “The plan is to run T For Tango on Sunday. He’s been in great form since his first run and the plan was always to go back to Naas for this race when he got on so well there the first day. It looks a strong race but Pat Smullen is available again and that is always a bonus so we are looking forward to it.”

Fozzy Stack’s two-time winner Sirici could aim for the hat-trick in the Rochestown and Ken Condon’s Cork winner Mamba Noire is another possibility for the race but the Curragh trainer has also included her in the Coolmore Stud EBF Fillies Sprint.

Mick Halford won last year’s Owenstown Stud Stakes with the Godolphin-owned Anamba and will be hoping history can repeat itself on Sunday when this year saddling last season’s Royal Ascot winner Portage in the race. Whilecliffsofdover and Rose De Pierre are other interesting inclusions.