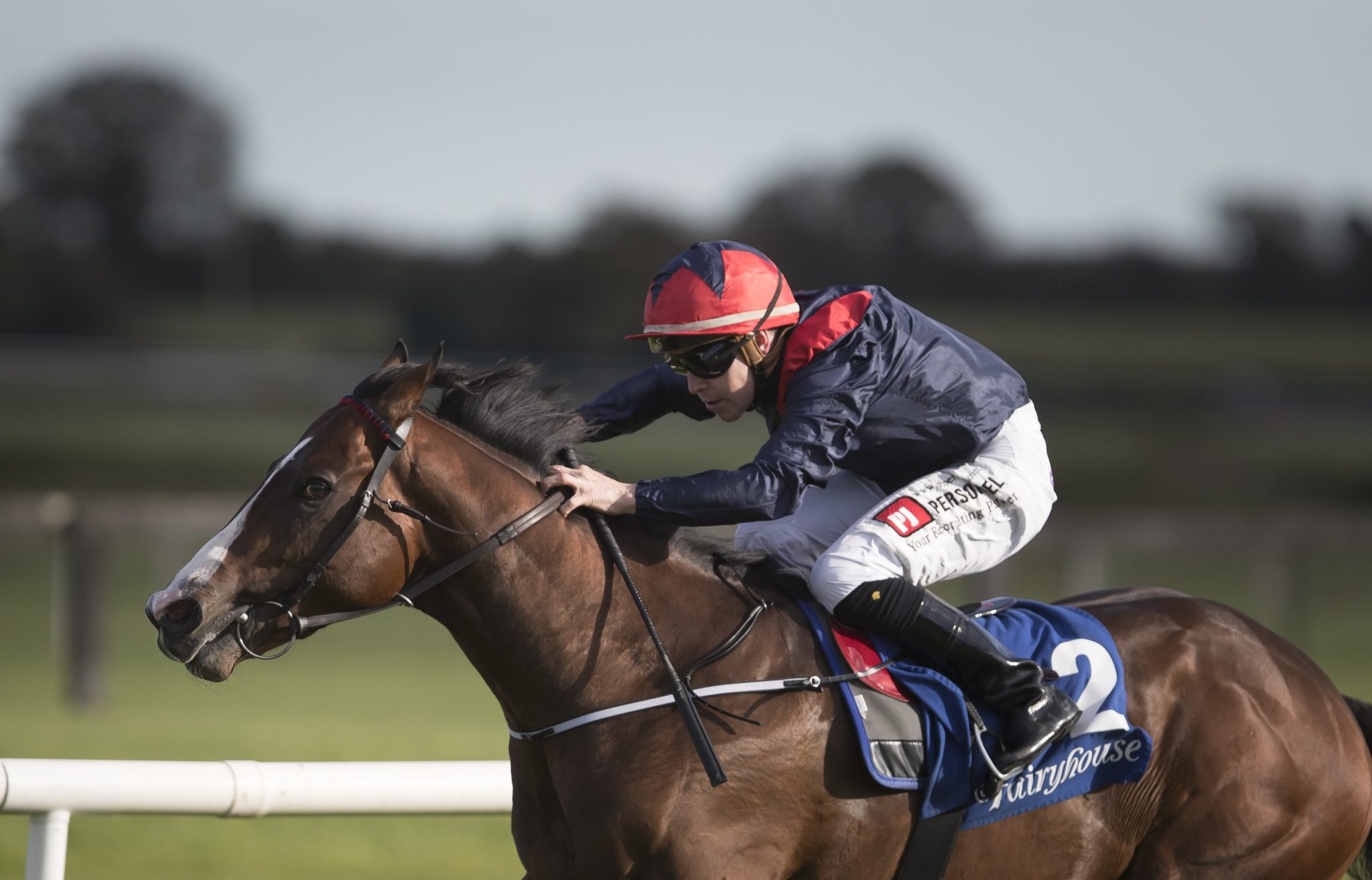 Mission on to secure first Birdcatcher

Michael O’Callaghan reports his talented juvenile Recon Mission to be in good form as he bids to give the trainer a first success in the Matchbook Irish EBF Birdcatcher Premier Nursery at Naas on Sunday.

The 93-rated son of Kodiac came back from a mid-season break to win a Fairyhouse nursery in good style last month and he did better again when chasing home the Birdcatcher top weight All The King’s Men in the Listed Legacy Stakes at Navan last Sunday.

“We are looking forward to running Recon Mission in the Birdcatcher. He is five pounds better off with All The King’s Men if he runs so we are siding with running on Sunday,” said the Curragh trainer.

“He was still getting going at the line in Navan and Leigh (Roche) said he wasn’t stopping and a rating of 93 definitely isn’t the ceiling of where he is going to reach. There is still improvement in him and that is why I think a race like the Birdcatcher, off that mark, will suit him now,” concluded O’Callaghan.

Another trainer who will be looking for a first Birdcatcher winner is Johnny Feane who will saddle Dragons Call. The progressive daughter of Dragon Pulse lines up looking to secure her second valuable nursery pot of the season after landing a €40,000 nursery at Navan last month.

“Dragon’s Call has come forward from her run the last day and we are hoping for a good run from her on Sunday,” stated Feane. “She has won on fast ground but we think she might be a little better on the slow side of good but she’s not really ground dependent”.

“We’ve booked Sean Davis to claim five pounds off her and she’s come on a lot from her Navan run. We are just hoping for a good draw now and getting in where there’s a bit of pace on,” added Feane.

Sunday’s card will also see Michael Halford’s Kalaxana bid for her second Listed success of the season in the Rathasker Bungle Inthejungle Bluebell Stakes. The Aga Khan-owned filly has been running creditably at Group 3 level lately and comes here off a third to Mootasadir in the Diamond Stakes at Dundalk last month.

“She’s an intended runner. She worked on Wednesday and she’s in good form and it looks as though the ground should be perfect for her on Sunday,” reported Halford. “She’s already had a great season and the form she has shown throughout the year would look to put her in with a good chance. It looks as though Ronan Whelan will ride her.”

Sunday will also see Naas become the latest Irish racecourse to launch complimentary, fast and easy to use WiFi for all racegoers.