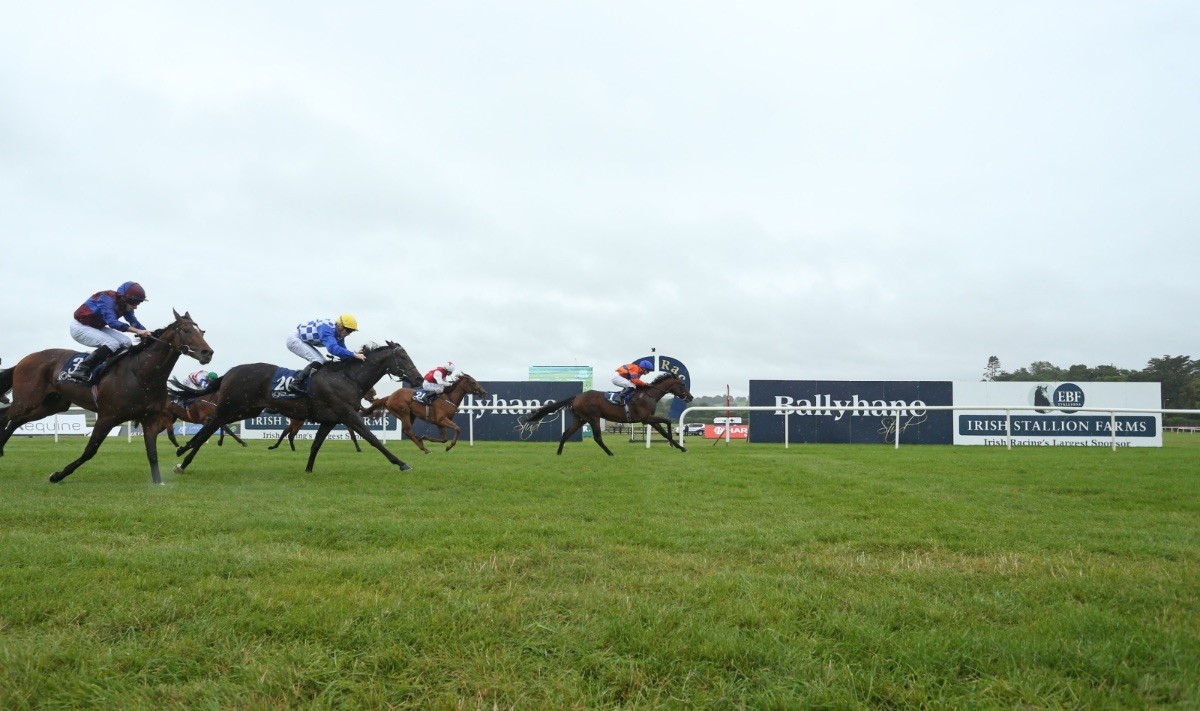 Rain-softened ground and stepping back to six furlongs proved key as Voce Del Palio galloped home strongly under jockey Declan McDonogh to see off 23 other rivals in the €300,000 Irish EBF Ballyhane Stakes at Naas Racecourse.

The son of Bated Breath belied his odds of 28/1 to be an emphatic winner of the €150,000 first prize for owner-breeder Annmarie O’Brien and her son Joseph, who was the successful trainer, finishing one and three-quarter lengths clear of the Kieran Cotter-trained Matilda Picotte, who saw out her race very well under Billy Lee to bag €60,000 for connections.

The Matilda & Kilmichael Racing Partnership may have had to settle for minor honours with Matilda Pictotte but were in full voice when the judge called the result of the photo finish for second place.

Jessica Harrington’s Ocean Quest responded to Shane Foley’s encouragement to flash home late for third, just a nose behind the runner-up, but was well rewarded with €30,000 garnered.

There was prize money on offer all the way down to 12th position, which was filled by the Ger Lyons-conditioned Slan Abhaile, who garnered €5,000 for the Silver Spoon Partnership.

“That was super,” said McDonogh after winning the richest race of the year at Naas. “We talked about this race a couple of weeks ago, Joseph and I. We thought if the rain came, a stiff six was gonna really suit him. I couldn’t believe the price he was last night. He was 50/1. He was fourth to Donnacha (O’Brien)’s good horse (Proud And Regal) in the Tyros. I liked him today.

“He got a little bit lost in the first furlong, at sprinting pace for the first time. He wasn’t sure what to do, get his feet out in front of him quickly. He warmed into it lovely and I jumped onto it strong. Just angle out off heels then and he picked up well.
“I was just a little worried after getting outpaced that I might need a little bit of luck so I just had to angle out off heels but he was very willing. Pat McCabe rides him out at home, he does a great job with him. All Pat’s horses at home are great rides and he was push-button today.”

Just like his jockey, the triumphant trainer was bemused by Voce Del Palio’s price. He also noted the quality required to win a median auction race in Ireland – and the fact that the quality was there to be found, as highlighted by the provision of a race of this calibre by Ballyhane Stud’s Joe Foley and the Irish EBF. Indeed his four-time global Group 1 winner, State Of Rest could only finish fourth in the inaugural running in 2020.

“He's been a good horse and I thought his price was a bit disrespectful to him,” said Joseph O'Brien of the winner.
“Declan gave him a lovely ride and he handled the drop back to six really well. He's a solid horse, he was just dropping in trip which we weren't sure about but he obviously handled it well. He was always going to get it well and was dropping back from group company.
“This is a huge pot and it's fantastic. The race is very well supported every year with such a big field and is always a very strong race. State Of Rest was fourth in it a couple of years ago. Everyone always runs the horses that are qualified.

“It's a fantastic race and credit to Ballyhane, the EBF and everyone who puts the money into it. I was sixth in it as well (via Montesilvano) and I'd say he's a stakes horse. There is no doubt the second is a stakes filly and you need a stakes horse to even be placed in it.”
Ballyhane Stud boss, Joe Foley was delighted with the turnout, on and off the track, despite the rain.

“It was another good race with the horses spread across the track it was a thrilling spectacle,” Foley declared. “Well done to Joseph and Annmarie and Aidan and Declan. He was the first jockey I met coming in and that’s normally a good sign.

“The first year, there was no one allowed come, including me. Last year was a reduced crowd so it was great to see a big crowed here today and well done to the Naas team.

“The winning colt is by Bated Breath, who stands at a nice commercial fee. He bred the winner last year as well, the Ger Lyons filly (Sacred Bridge) so it’s a good race for the Juddmonte team. Bated Breath is a sire that most people can buy at yearling sales and that’s what this sale is set up for.” 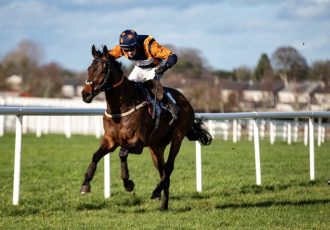 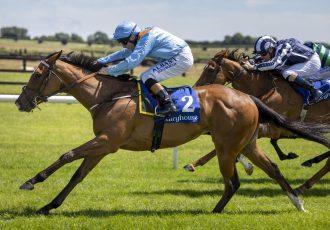 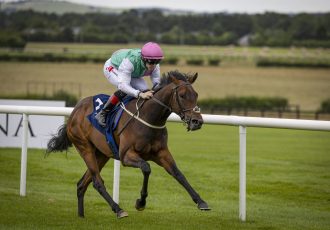