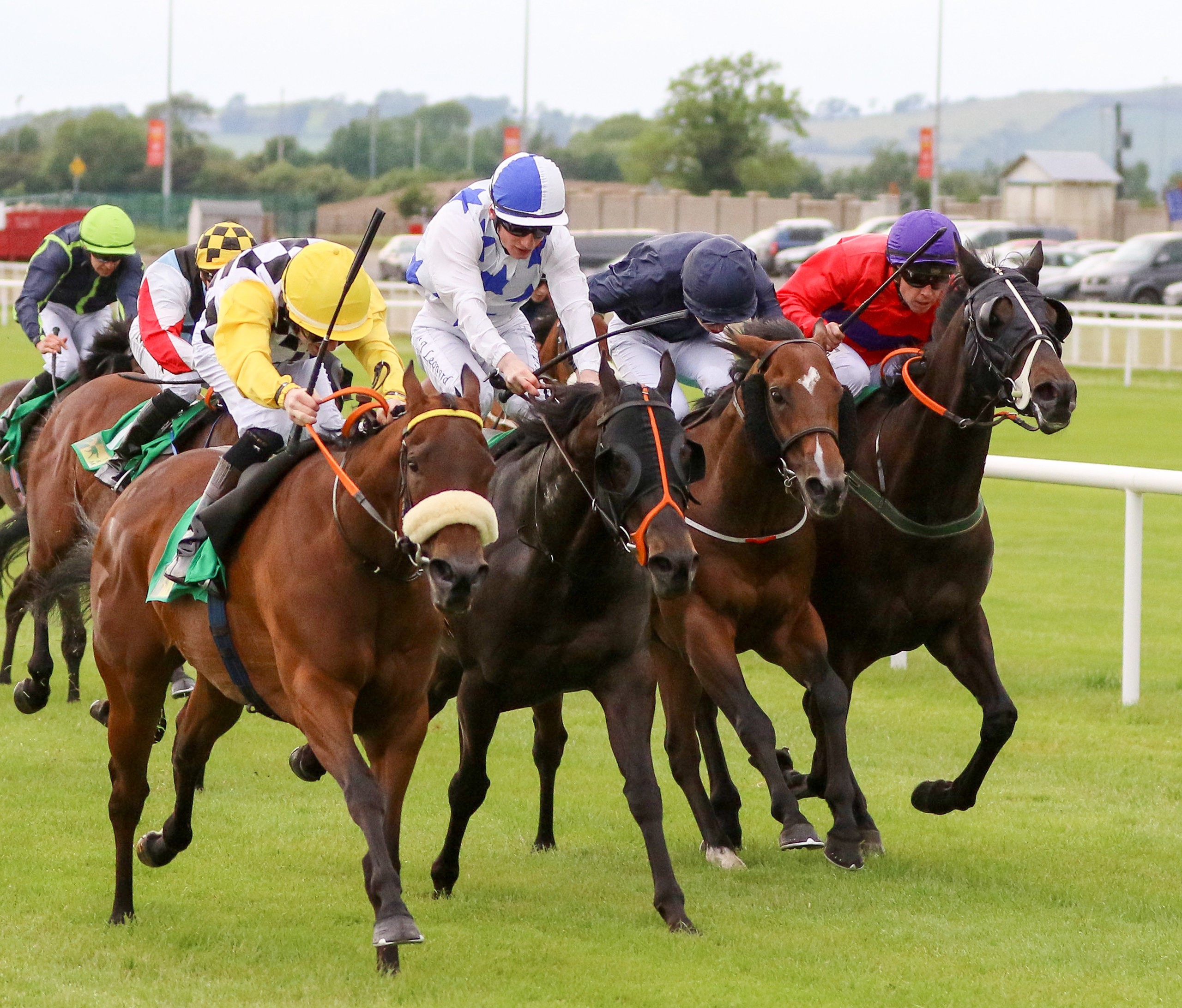 Willie McCreery will be bid to continue an excellent season in the €60,000 Yeomanstown Stud Irish EBF Stakes at Naas next Wednesday where he could run both Lethal Promise and Nitro Boost.

Lethal Promise is already a dual winner at Listed level this season while Nitro Boost will look to continue a good season that has seen her win a premier handicap as well as showing up well at stakes level.

“Both fillies are in very good form and we’d hope that we might get to run at least one of them next week. Lethal Promise is a very good filly on her day and she has won two listed races. She might well go for the Sapphire Stakes at the weekend but it’s quite possible that she could turn out again on Wednesday,” said the Curragh trainer.

“I’m hoping Nitro Boost will go to Naas but I’d just like to see the ground stay good for her. She’s got lots of speed and good ground will help her get home over the six furlongs. She’s already been placed at Listed level over five and a half furlongs so she should be able to stretch out to this distance,” added McCreery.

Another likely contender is the Jessica Harrington-trained Servalan who has already enjoyed big race success at Naas. The winner of last year’s Coolmore Stud Fillies Sprint Stakes at this track, the daughter of No Nay Never made a bright start to her season when chasing home Lethal Promise at Cork a couple of months ago.

Other strong entries amongst the home team include Eddie Lynam’s Group 3 winner Soffia, the smart Joseph O’Brien inmate Cava and the Fozzy Stakes-trained Woody Creek who was just touched off in a Listed race at the Curragh on Derby weekend.

This race went to English-trained runners in 2013 and 2014 and a strong challenge from across the Irish Sea is anticipated with the raiding party headed by the progressive James Tate inmate Shimmering Dawn who is chasing a four timer.

David O'Callaghan of Yeomanstown Stud commented: "We are delighted to be teaming up with Naas Racecourse once again and sponsoring the Yeomanstown Stud Irish EBF Sprint Stakes and this looks a strong renewal of the race. It promises to be a wonderful evening with competitive racing, food and music in the superb new facilities at Naas."

The card also features a potentially interesting edition of the Irish Stallion Farms EBF Maiden where Jim Bolger’s Group 1 entrant Arranmore could bid to improve on his second to Armory in a Derby weekend maiden at the Curragh.

Meanwhile, the concluding Family Fun Day August Bank Holiday Race has attracted the former Group 2 winner Ardhoomey and I Am Superman who won a premier handicap at this track earlier in the season and ran a very creditable sixth in the Irish 2000 Guineas.

Live music on the evening after racing comes from the extremely popular band The Kilkennys. The Kilkennys are a traditional Irish folk and ballad band who will take to the stage after the last race.

Gates open 4.30pm, first race is at 5.50pm and music will kick off at approx 9pm. Admission tickets are just €15, Panoramic Restaurant and Beer & Burger packages are available to book online at www.naasracecourse.com.