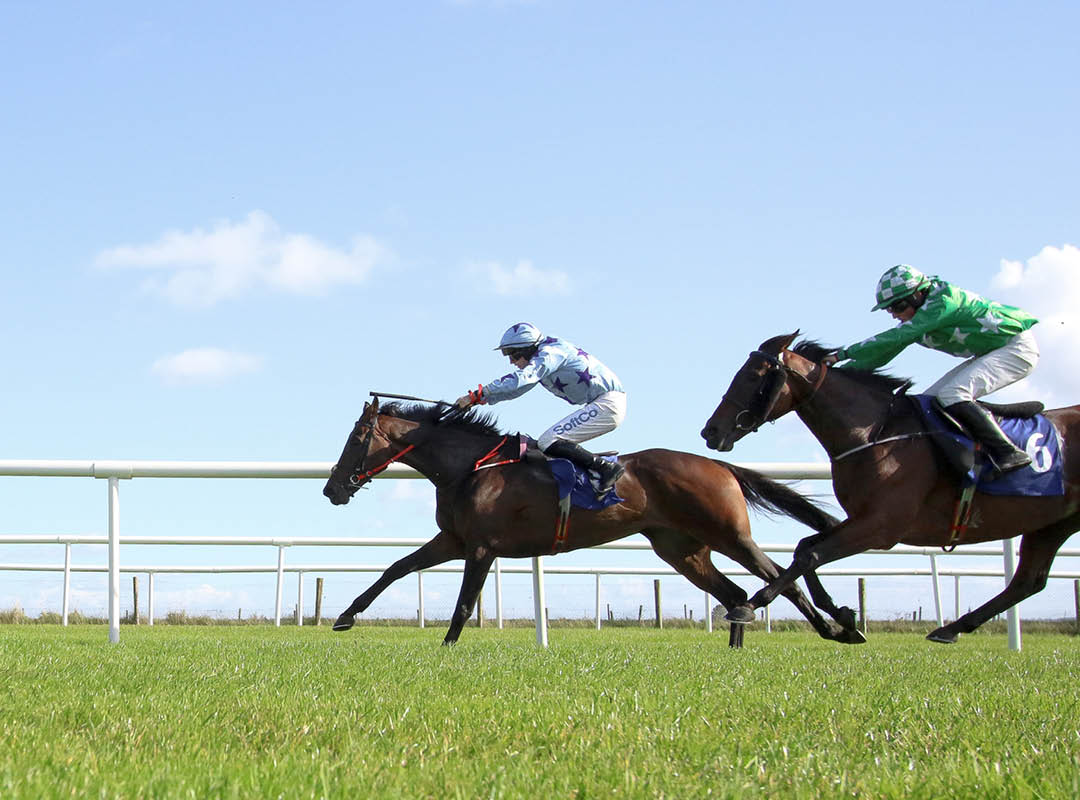 John McConnell is now well established amongst the training ranks in Ireland and although now based in Bellewstown, County Meath, the native of Naas is eyeing the feature race at his local track on Paddy Power Festival Trials Day this Sunday to apply the finishing touches to Streets Of Doyen's Cheltenham Festival preparations.

Streets Of Doyen has progressed notably this season winning each of his last four outings, including at Cheltenham when he claimed a novice hurdle there last October and the seven-year-old is now set for a significant drop in distance to contest the Grade 2 Paddy Power Betting Shop Novice Hurdle this weekend.

Of the 10 entries in the race, Streets Of Doyen holds the highest official rating on 135 and McConnell had a positive update on his charge this afternoon.

"Streets Of Doyen is in good form and has done well for a bit of a break," he reported.

"He is in the Albert Bartlett at Cheltenham which is obviously over three miles and the race at Naas is two miles but we think he can still run well. I didn't want to run him over that sort of distance at this stage so I have no problem with dropping him back down in trip.

"It will be very much a stepping stone for him to Cheltenham but with the ground being as testing as it is it will ride like a longer race and I would hope he will give a good account of himself this weekend which will leave him right for Cheltenham next month."

Course winner Echoes In Rain is Willie Mullins' sole representative in the race, while Gordon Elliott has Navan winner Gars De Sceaux and Fairyhouse victor Grand Paradis to chose from as he bids to win the a fourth renewal in six seasons.

Another horse enjoying a fruitful winning sequence at the moment is Bachasson who heads the entries for the Grade 3 WhatOddsPaddy? Chase.

A winner of the Limestone Lad Hurdle at Naas last month, Bachasson looks likely to revert to fences this weekend and stay at the minimum trip as he looks to make it four from four this season. Highly rated stable companion Cilaos Emery also features among the nine entries for the opening race on Sunday's card.

Westmeath-based Ciaran Murphy has enjoyed a good start to his training career since taking over from Irish Grand National winning trainer Dot Love this year and Enjoy D'allen may well book his spot at the big spring festivals if completing a hat-trick in the Paddy Power 'From The Horse's Mouth' Podcast Novice Handicap Chase, while the concluding Paddy Power Flat Race is sure to throw up plenty of interest and potentially a Champion Bumper candidate for Cheltenham with entries Ballycairn, Eric Bloodaxe, Gerri Colombe and Highland Charge all previous winners already.

Paddy Power of the raceday sponsors said: "We are delighted to once again be sponsoring the card at Naas as National Hunt trainers, jockeys and horses gear up for Festival season.

"Cheltenham, Aintree and Punchestown are only around the corner and this meeting gives punters another look at some Festival fancies. Last year we saw former Cheltenham winner Any Second Now get his nose in front for Ted Walsh, Irish racing's First Lady Jessie Harrington had a double on the card and Henry De Bromhead and Rachel Blackmore teamed up to spring a shock in the feature race, the Paddy Power Hurdle with 25/1 shot Jason The Militant.

"I can't wait for another day of thrilling action from Naas. Bring it on."