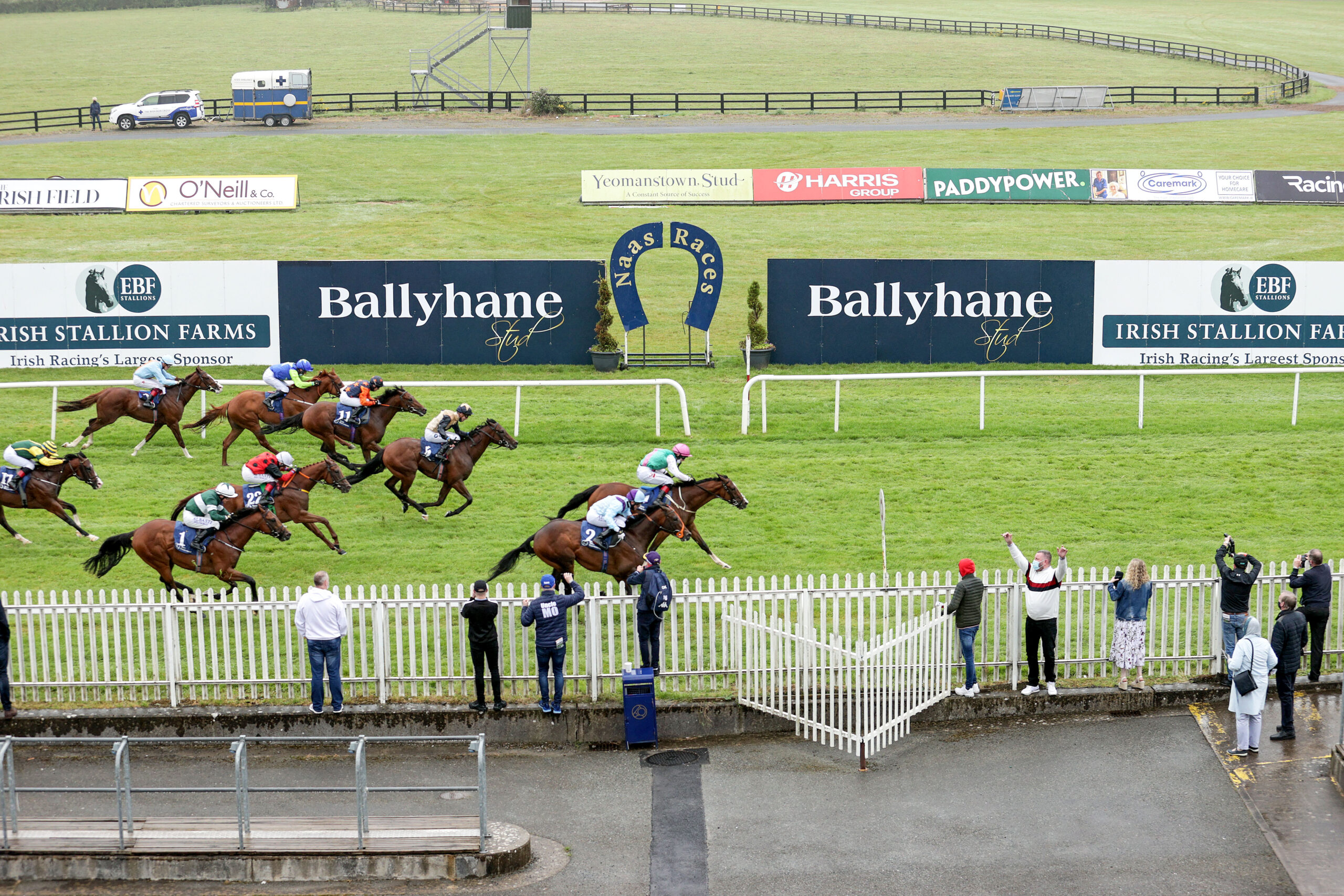 Ger Lyons is hoping that one of his crop of juveniles among the huge list of entries for the €300,000 Irish EBF Ballyhane Stakes at Naas on August 1 could turn out to be as good as last year’s winner Sacred Bridge, who he reports to be “in great order” ahead of a potential Classic tilt.

A total of 303 entries were received for the Bank Holiday bonanza with 95 of those being overseas entries and among the entries there is 162 colts and geldings and 141 fillies entered.

Now in its third year, the Ballyhane Stakes is for two year olds only that are EBF eligible and whose sire established one or more yearling sales with a median price of not more than €75,000.
There is a global feel to the initial entries for this year’s renewal which sees 192 different owners or owner partnerships from all over the world being represented for the race which boasts a prize of €150,000 for the winner and a further €150,000 broken down all the way to the 12th placed horse on the day.

The current line-up sees horses by 87 different sires entered with the Ballyhane Stud-based stallion Dandy Man responsible for 18 of the entries, while the sire of last years winner Sacred Bridge, Bated Breath, has just two entries this time around.
Starspangledbanner stands alongside Dandy Man as the two sires most represented on the list, with 18 of his progeny also going forward.

Three of those are owned in the partnership of Sean Jones, David Spratt and Lynne Lyons, wife of last year’s winning trainer Ger Lyons.
“It’s a valuable race so we enter anything that qualifies and at this stage, you have no idea really. But we’ve been lucky in it after winning with Sacred Bridge last year. It takes a good one to win it so hopefully we have a good one in there somewhere,” said Lyons.

The Group 1 winning trainer added: “I’ve said it before but the Irish EBF are brilliant for Irish racing as the main sponsor and everyone appreciates that. So when there is so much prize money on offer as there is for a race like this, on our doorstep, we will always support it by entering what’s qualified and hopefully one of them will stand up and be counted.”2021 winner Sacred Bridge looks a very exciting type and holds entries in both the 1,000 Guineas at Newmarket and The Curragh and Lyons had a positive update on the Juddmonte-owned filly.
“She’s there and whether she gets a trip further or not – she doesn’t have to but she’s bred to go further and it would be nice if she could. Time will tell but she’s in great order at the moment.”

Trainer Fozzy Stack has also included a number of entries with a view to having some representation going forward for the major summer prize.

“It’s a big pot and a good incentive so we’d always make entries for it so hopefully there might be one or two that might make the cut nearer the time," Stack said.

“It’s a credit to Joe Foley and Ballyhane, fair play to him, it’s a fantastic incentive and the Irish EBF are huge supporters for Irish racing for a long time.

“You need a fair horse to win it as shown last year but that’s what you expect with such a pot.”

Speaking on the popularity of the race which has attracted over 1,000 initial entries since the inaugural running in 2020, Joe Foley of Ballyhane Stud said: “The race has very quickly exceeded our expectations by becoming one of the main targets for owners of eligible two-year-olds each year. I would like to sincerely thank all the connections who have made entries since the race’s initial running in 2020 and hope to meet as many of them as possible at Naas this August 1st to witness in person the third running of the race.”