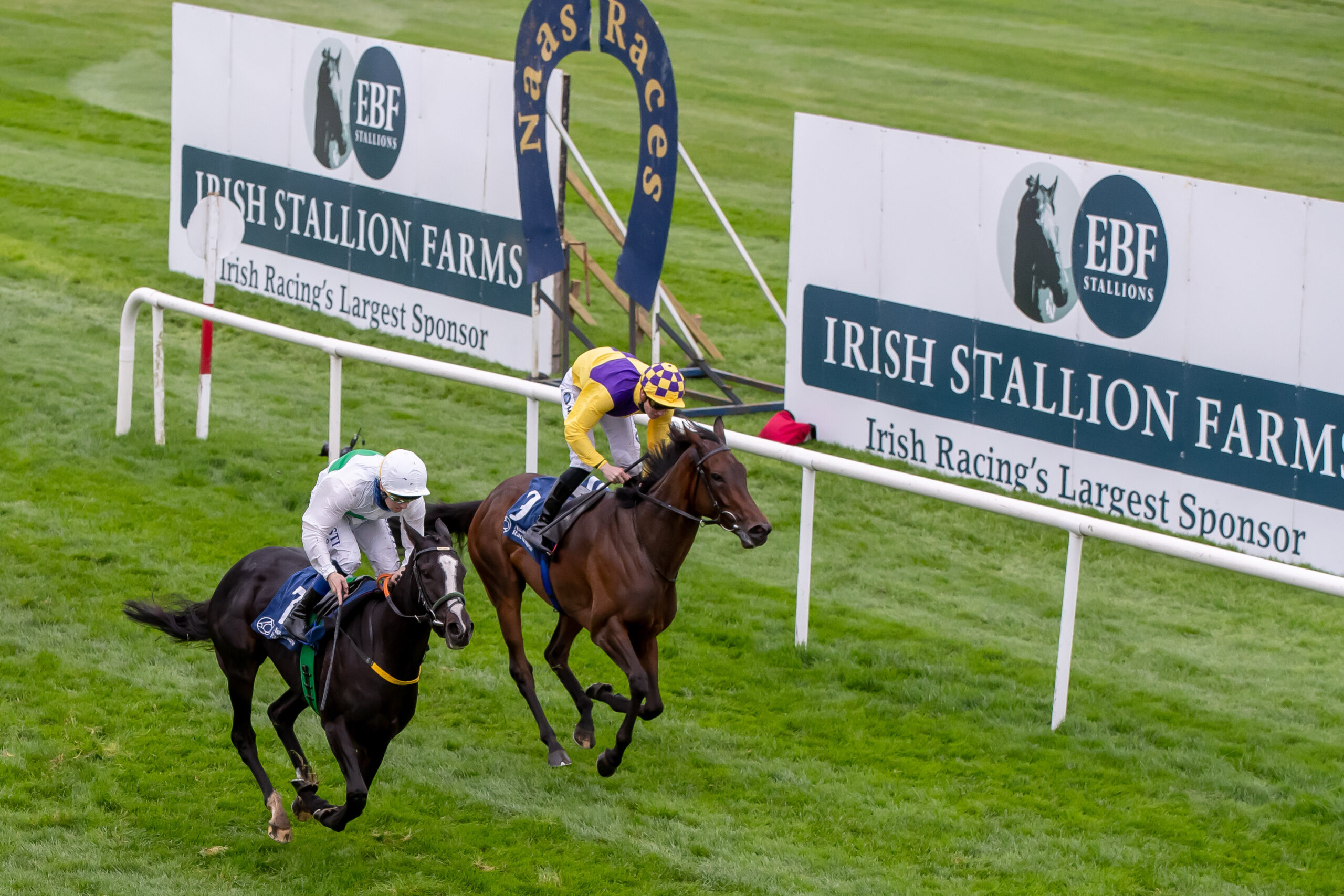 Irish racing’s largest sponsor, the Irish European Breeders’ Fund will continue with their record sponsorship of €2.6 million in 2022. This will be the second year contributing €2.6 million since Covid restrictions impacted racing and will bring the overall contribution to nearly €54 million since the foundation of the Irish European Breeders’ Fund in 1983. This spend will encompass nearly 500 races, both flat and National Hunt, that will carry EBF conditions throughout the year.

The mainstay of the Irish EBF sponsorship portfolio is the support given to two-year-old maidens, with 95% of all maiden races carrying EBF conditions and benefitting from added prize-money. As an added feature for connections of two-year-olds, there are 52 series races on offer for two-year-olds with a total prize-fund of about €1.4 million. The Median Sires Series will have 26 races and the successful Irish EBF Auction Series, now in its eighth year, will have 24 races and two finals including the Irish EBF Auction Series Final of €120,000 at Naas racecourse in October. The €300,000 Irish EBF Ballyhane Stakes is a valuable showcase for median races and will take place on the August Bank Holiday Monday at Naas Racecourse this year.

The highlights of the support given to National Hunt races includes 22 series races worth over €480,000 including a €75,000 final available to horses bought at auction for €45,000/€30,000 or less. The popular Connolly’s Red Mills Irish EBF Auction Hurdle Series has 16 qualifying races and a final at the Punchestown Festival which is backed up by the Irish EBF Auction Bumper Series with six races worth €15,000 each over the season. As always, significant support is given towards mares races with about 50% of the National Hunt allocation targeted at mares’ chases, hurdle and bumper races.

Joe Foley, Irish EBF Chairman, said; “Prize-money is the lifeblood of our industry and the governors of The Irish European Breeders’ Fund are delighted to announce our allocation of €2,600,000 to the prize-money pool in Ireland for 2022. The owners of every stallion standing in Ireland, big or small, Flat or National Hunt, have contributed to this amount and as chairman, I’d like to thank them for their contributions. We worked hard to increase our funding to record levels during the last few years to enable prize-money to remain as high as possible through pandemic times and we’re pleased to maintain this contribution this year, when we welcome everyone back to the racetracks of Ireland.”

Cathal Beale, CEO Irish National Stud, commented; “Prize-money is the fuel that powers our industry. As stallion owners, by contributing to the EBF, we are directly benefitting the end users, the owners. This in turn has a positive impact for trainers, sales companies, breeders and everyone involved in the industry. The opportunities afforded to EBF registered stallions are not only limited to the additional €2.6 million prize-money allocation in Ireland but to all EBF eligible races in member countries. The scheme has stood the test of time and continues to deliver a remarkable impact.”

Catherine Cashman, Rathbarry and Glenview Studs, said; “Our family farm have proudly supported the Irish EBF scheme since its foundation in the eighties and it is wonderful to see how much it has grown and how the race programme has developed over the years. There are now so many opportunities available to the progeny of all our stallions in EBF races that we feel our annual contribution comes back to us full circle by keeping owners engaged in the industry through buying at the sales or breeding to race. Hopefully the Irish EBF will be around for another 40 years and keep helping everyone in Irish racing.”